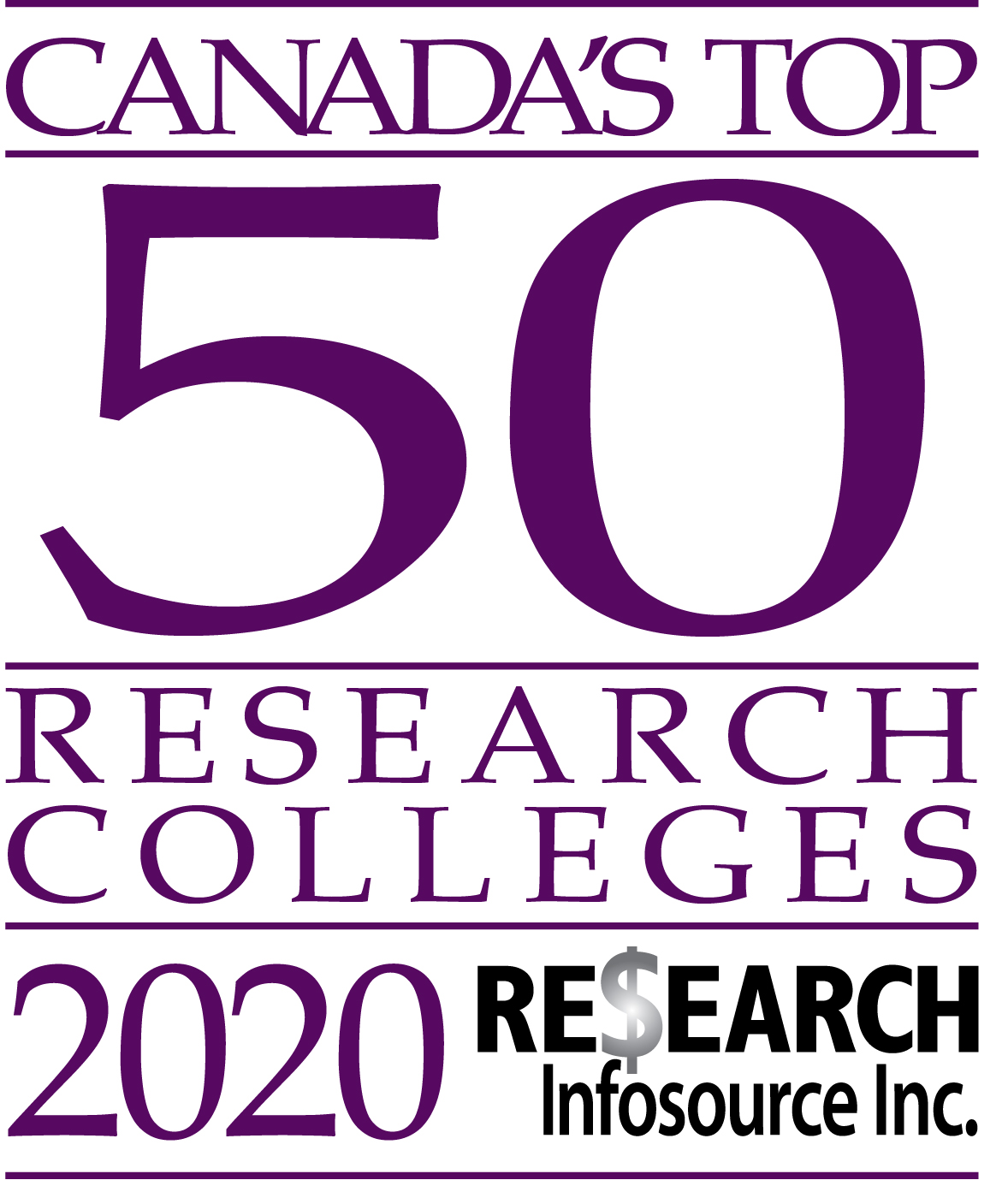 Lethbridge College has been recognized as one of Canada’s fastest-growing research colleges while earning its highest ever placement in the annual ranking of Canada’s top 50 research colleges. The college placed 26th on the top 50 list released by Research Infosource and ranked third in research income growth.

“This is welcome recognition as we have strategically increased our focus and capacity in applied research over the past several years,” says Dr. Kenny Corscadden, Associate Vice President Research, Innovation and Entrepreneurship. “We have identified priority research fields and projects that align with our regional economy and have worked hard to support industry with creative solutions to their problems. We will continue to grow this area and increase opportunities to support industry, create opportunity for researchers and engage our students.”

Lethbridge College also ranked in the top 10 in all categories among medium-sized institutions, including ninth in both research partnerships and completed research projects, and fifth in paid student researchers.

The Centre for Applied Research, Innovation and Entrepreneurship (CARIE) oversees the college’s research activities. CARIE brings together community organizations, researchers and students to collaborate on projects that use new or existing knowledge to solve real-world challenges with immediate practical applications. Project outcomes often lead to innovative products and services that benefit the economy and society.

“Our institutional strategies align directly with the work being done in CARIE, and this is an indicator we are heading in the right direction,” says Dr. Samantha Lenci, Provost and Vice President Academic. “By primarily evaluating the amount of grant money coming into the college, the Research Infosource rankings are a good snapshot in time but tell only part of the story. We are building relationships and making a difference in the local economy by using our research expertise to support local industry.”

The ranking caps a prolific year for CARIE, which had a large number of new projects, initiatives and announcements. In April, the college received a $1.75 million, five-year grant to create the Integrated Agriculture Technology Centre. In October, an agreement with the Ministry of Agriculture and Forestry led to the college taking over operations of the Alberta Irrigation Technology Centre and Brooks Greenhouse. In May, CARIE earned a gold Applied Research and Innovation Excellence Award from Colleges and Institutes Canada.

Research Infosource annually ranks Canada’s 50 research colleges, in addition to other rankings that help to highlight the strengths of Canada’s research environment. Rankings are based on data obtained through surveys of publicly-funded colleges and from 2018-19 financial statements. Lethbridge College has earned a top-50 ranking in seven of the eight years Research Infosource has conducted these rankings. Lethbridge College joins ranks third among Alberta colleges, behind only NAIT and SAIT.