A season to remember became a little more special for the Lethbridge College Kodiaks soccer teams on Thursday evening. The Kodiaks earned player and coach of the year honours on both the men’s and women’s sides at the ACAC soccer awards banquet in Edmonton. 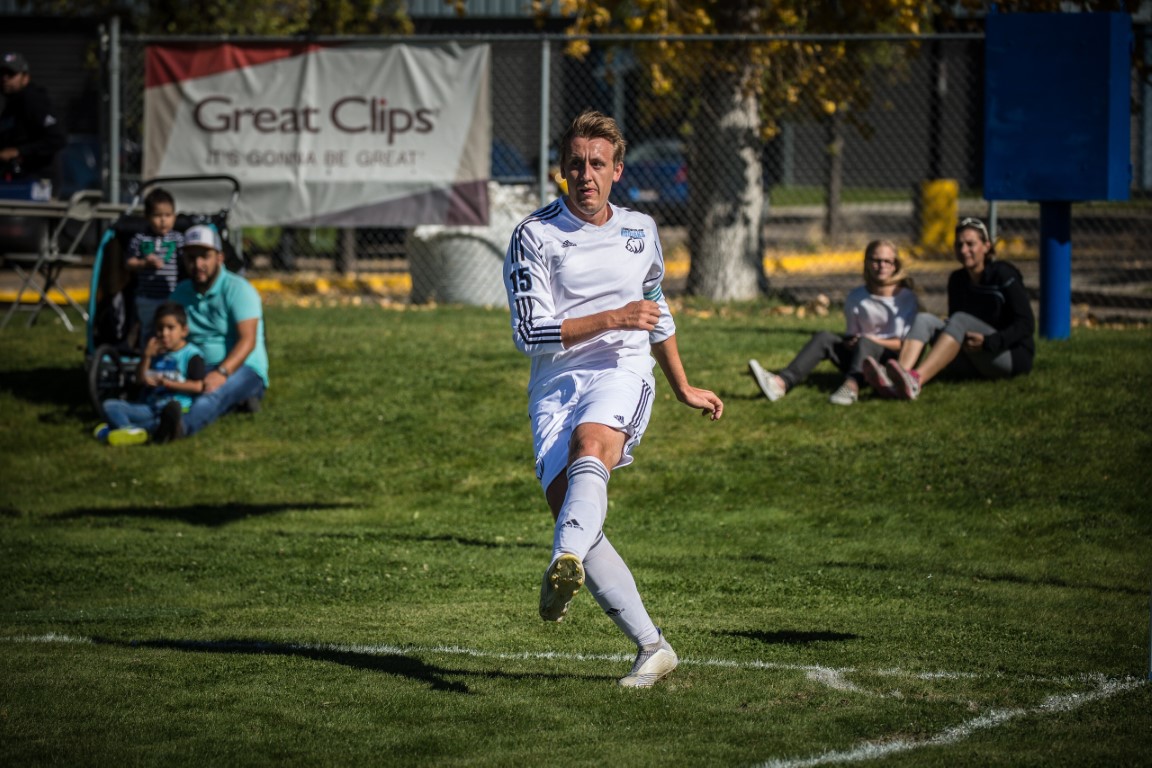 Knight (third year, General Studies, Manchester, England) was an ACAC all-conference team member last season and raised his game to an even higher level this season. The captain of the Kodiaks led his team to a second place finish in the ACAC south division. A midfielder, he was the catalyst of the Kodiaks offense, as he led the league with 12 assists – five more than any other player in the conference – while also adding three goals. He is the third Kodiak to earn ACAC player of the year honours, following Nico Pasquotti in 2015 and Kyle Yamada in 2008.

“Ben is a true leader who lets his play do the talking,” says Carey. “His composure and vision on the field is unmatched in our league, and he’s always a constant threat to open up defences. He’s a playmaker, a game changer and everything a coach would want in this league.” 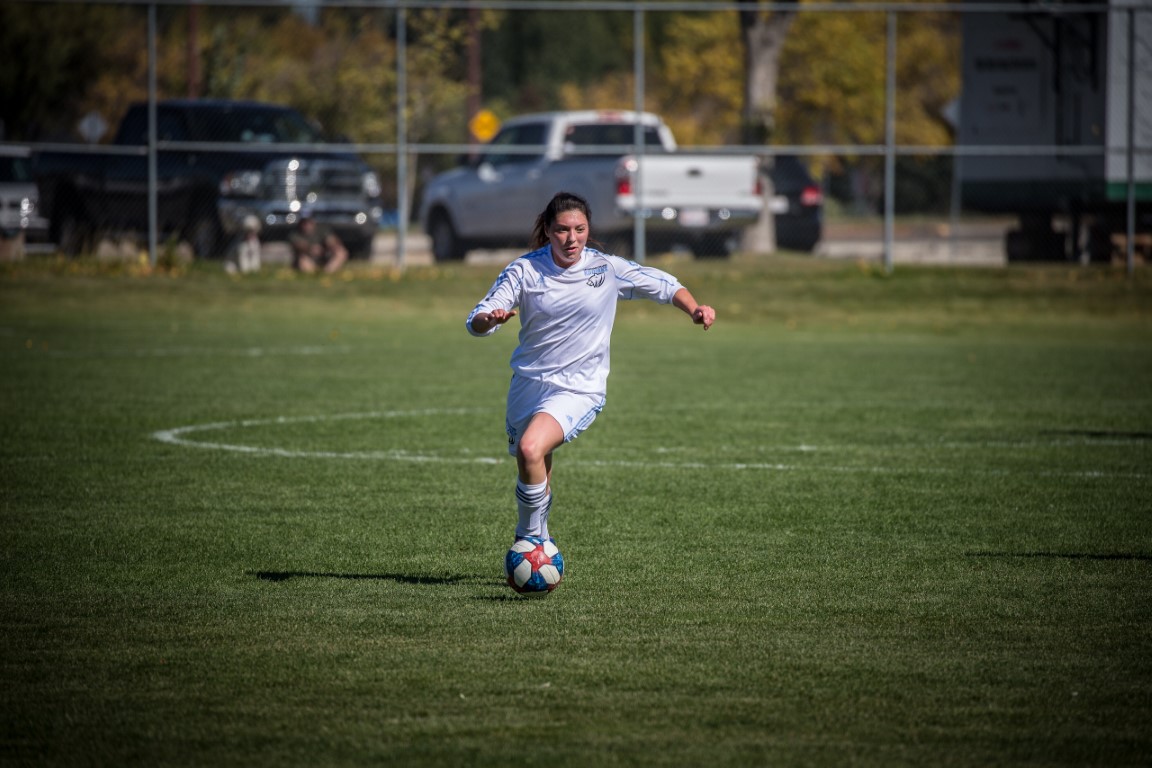 Moser (third year, Massage Therapy, Whitehorse) is a true underdog story, as she earned a spot on the Kodiaks as a walk-on three seasons ago. Last season she was a CCAA Academic All-Canadian and an ACAC all-conference team member. This season, she was even more valuable as she adds the south division player of the year award to her resume. The central midfielder helped lead the Kodiaks to their first division title in 24 years, while scoring five goals and adding three assists.

“Christine is a complete player who can create and score, and is able to tackle and win possessions,” says Carey. “Her leadership qualities are exemplary on the field as she consistently lifts up her teammates. She is a perfect example of a complete student-athlete and I am very proud of how far she has come in three years.”

Carey is in his third season as head coach of both the men’s and women’s teams, and he has built a culture of success on the pitch, in the classroom and in the community. This season, both Kodiaks teams posted the second-most successful regular seasons in program history and are turning into perennial contenders in the ACAC. The women’s team won an ACAC bronze medal last season and this season won the south division for the first time since 1994. The men’s team lost just one game this year and finished second in the south division. Both teams are nationally-ranked. 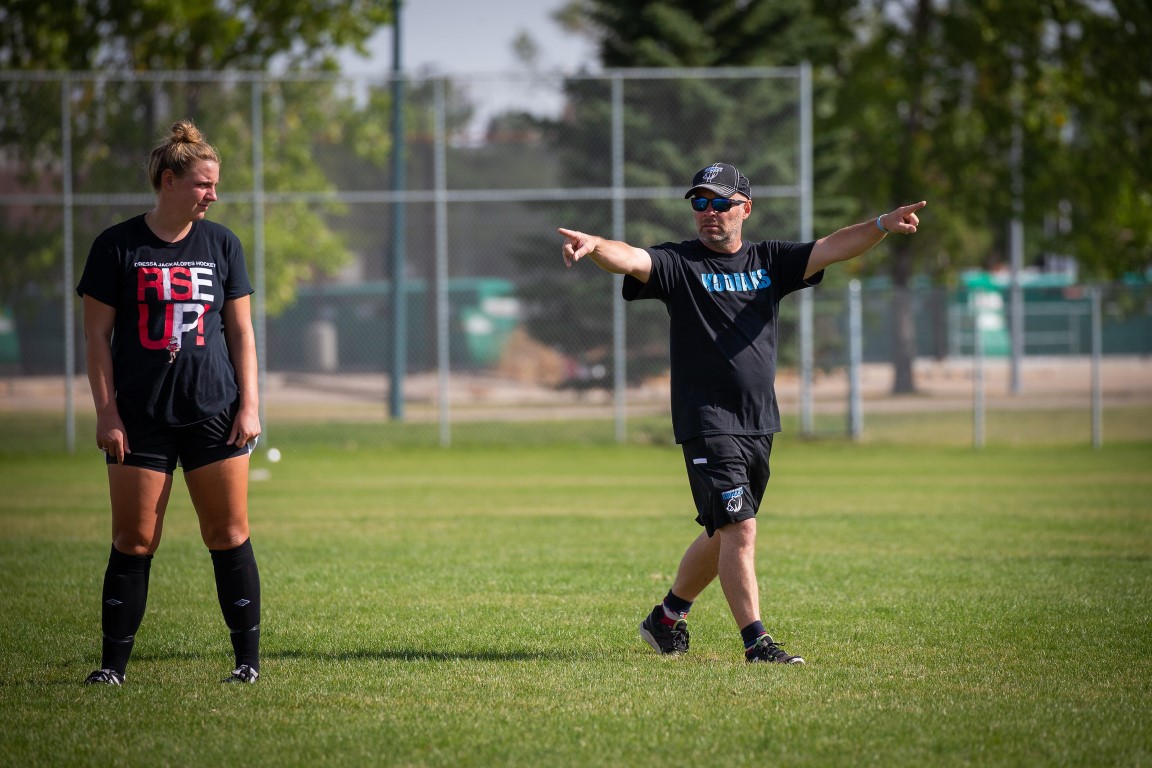 “A true leader doesn’t create followers – they create more leaders, and Sean exemplifies that spirit,” says Todd Caughlin, manager of Kodiaks Athletics. “Sean has assembled an incredible coaching team to lead both programs and recognition of this type doesn’t happen without the commitment that group has. The college is proud of what he has accomplished and hopefully there is more to come.”

“My staff put a lot of work into this so it's not just my award,” says Carey. “We do it as a team and I happen to be the guy who’s at the helm. But, they deserve this award as much as I do, if not more.”

The Kodiaks are in Edmonton for the ACAC championships this weekend. The men’s team plays a quarterfinal against The King’s University Eagles at 4 p.m. on Friday. The first action for the women’s team will be a semifinal against either Olds College or Concordia at 1:30 p.m. on Saturday. A full preview is available online.