Lethbridge College Kodiaks fans will be able to cheer on a familiar face at the Tokyo 2020 Paralympic Games next week.

Just three years after a life-changing lawnmower accident, former Kodiaks soccer player Payden (Olsen) Vair is ready to represent her country as a member of the Canadian national sitting volleyball team. After a lengthy pandemic-induced delay, Vair says she can’t wait for the chance to help her team compete for a Paralympic medal.

“I can't believe it's real,” says Vair. “We were supposed to leave a year ago and then it just kept getting pushed back. It's actually here now, and all the excitement is just kind of bundling up together. It's time to compete and our team is so ready.”

For Vair and her teammates, it’s the realization of a dream that’s been on pause for over a year. The team secured their spot in Tokyo in February 2020 after winning a last-chance qualifier in Halifax. Soon after, the start of the pandemic cast doubt on the future of the games. Despite fears of cancellation, the games are officially on and will begin on Aug. 24.

After watching so much Canadian Olympic success in Tokyo over the past month, Vair says it’s finally sinking in that she will soon be representing her country and competing for the podium.

“I watched some of the men’s standing volleyball and I was like ‘crap, like that's going to be me too!’ I'm going to be in their shoes playing for hopefully a medal game. I can’t wait.”

Adapting from feet to hands 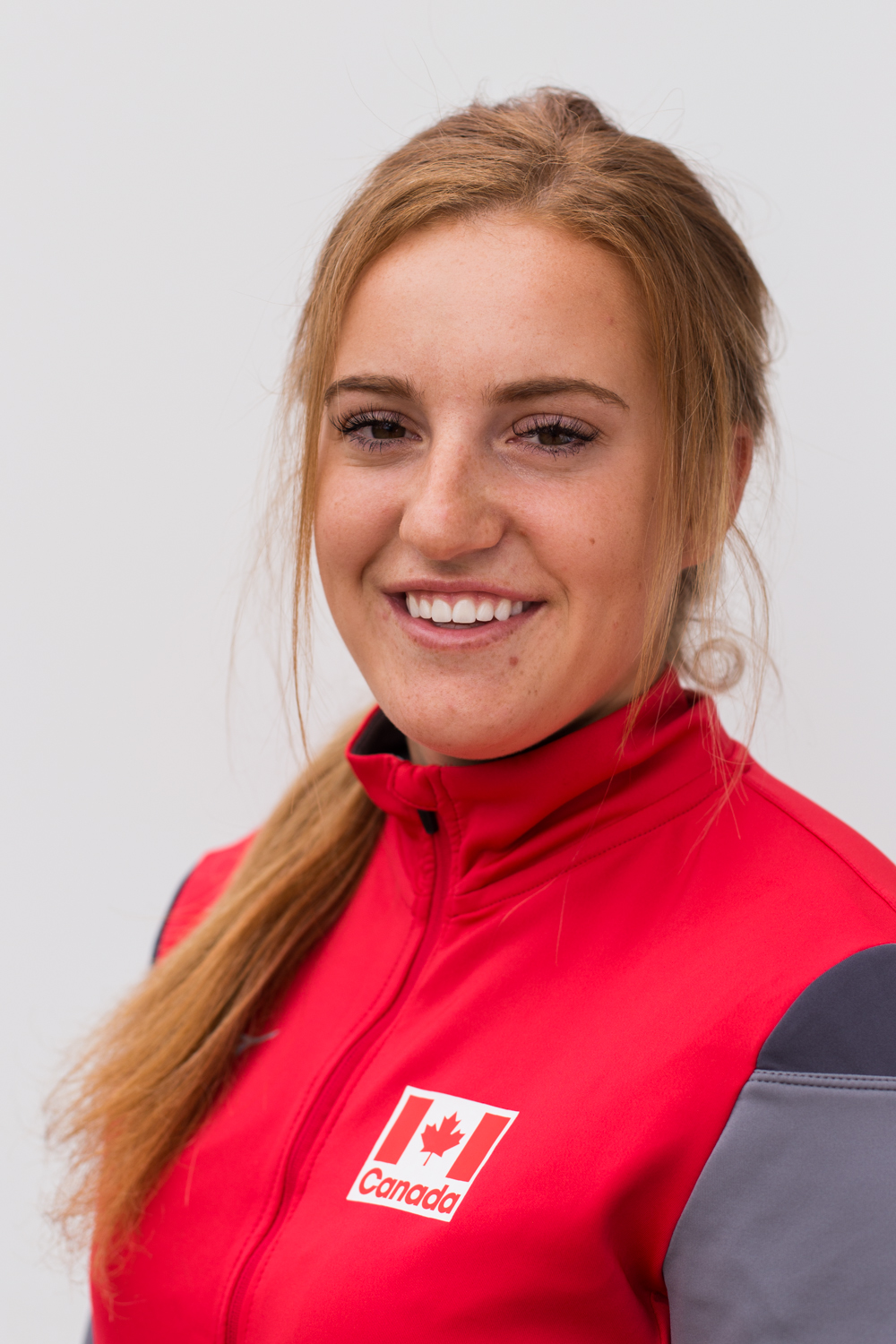 Vair is the living embodiment of the phrase “your life can change in an instant.”

She completed a dynamic rookie season with the Kodiaks women’s soccer team in 2017, starting every game and earning the team’s Newcomer of the Year award.

Then in July 2018, a lawnmower accident on her parent’s farm turned her life upside down. The accident resulted in the amputation of her right leg below the knee, as well as major reconstruction of her left heel.

Even though the injury was serious, everyone who knew her could tell it wasn’t going to keep her away from sports for very long.

While returning to the soccer pitch was still on the top of Vair’s mind, a new path emerged as she began her recovery. Kodiaks manager of Athletics Todd Caughlin had a connection with the Canadian sitting volleyball program and made a few calls. Soon after, members of the Canadian sitting volleyball team were visiting with Vair in the hospital, sharing their stories and inviting her to give the sport a try.

One year later, Vair made her Team Canada sitting volleyball debut at the 2019 Parapan American Games in Peru, earning a bronze medal at the event.

“Even looking back, it just doesn't make sense to me. How did I go from playing soccer to totally switching from feet to hands for volleyball?” Vair wonders. “It really was an awful situation. It was traumatic and it changed my whole life. With that said, it’s amazing how such a negative experience has made such a positive difference in my life. I would have never had the opportunities I'm having today.”

She’ll be the first to admit learning a new sport has been a difficult challenge.

“As much as I want to say it was easy, it was not,” says Vair. “I played high school volleyball, but I definitely wasn't the best at it. For me, sports always came easy, and then I joined [sitting] volleyball and it wasn't something I was good at. I mean it's not fast on your feet - it's fast on your hands and on your butt.”

Despite the steep learning curve, Vair credits her teammates and coaches with continuing to support and push her.

“I'm still adapting and I’m still learning. The girls have been great with helping me learn new skills and changing a lot of my bad habits. As much as I would love to tell you it was just a breeze, I'm still struggling with it, but I'm improving every day.”

“The Kodiaks will always be my family”

Vair says words can’t describe how much the support she received from the entire Kodiaks family helped her through a very difficult recovery process. “I didn't realize how close the Kodiaks family was really until I was in the hospital,” says Vair.

She fondly remembers a special hospital visit from a Kodiaks alumni member – one she didn’t even know. “It’s amazing because it was someone who didn't know me, and I didn't go to the college with, but he was a part of the Kodiaks family and he wanted to be there to support me.”

Caughlin isn’t surprised to hear about that support from the extended Kodiaks community.

“We strive to create an environment where all of our Kodiaks are like family, and we are always there to support one another,” says Caughlin. “Once you’re a Kodiak, you’re always a Kodiak, and Payden is an important part of that culture. I know we’ll all be rallying around her again and cheering her on as she competes in Tokyo.”

Kodiaks soccer head soccer Sean Carey and his coaching staff were another group that made frequent hospital visits during Vair’s recovery and have ensured Vair remains connected to the team to this day.

“Having the Kodiaks just be there through my whole hospital experience made it feel like I was able to get through it,” says Vair. “Sean [Carey] and the rest of the coaching staff were amazing, always asking me if I needed anything. Honestly, it was the best. I wish I could attend the college forever. They were truly amazing in supporting me and I can't say thank you enough. I love being a Kodiak and I'm so thankful that I went to school there. The Kodiaks will always be my family.”

Training through the pandemic

With the Paralympics delayed and the world seemingly on pause, Vair found creative ways to continue her training – and also celebrated a major life moment, too. She tied the knot with husband Carson Vair in June 2020, hosting an intimate wedding on her parent’s farm.

With gyms and training facilities being shut down, she was able to continue her training thanks to the support of her husband and help from the community in her hometown of Cardston, Alta. Carson Vair constructed a temporary court out of plywood and puck board, allowing her to continue working on movement and volleyball-specific drills. As things began to open up, a family in the community offered her gym space at their home.

“I had a lot of people that reached out to me and just wanted to support me, and it was great that way, having access to gyms,” Vair says.

Ready to chase a medal

Canada enters the Paralympics ranked fifth in the world. After drawing into Pool A, the team will prepare for tough tests in the preliminary round, including matchups against host Japan and a Brazil side ranked third in the world.

While earning a medal is her main focus, Vair also hopes her team can inspire others back home and raise the profile of a game that has given her so much opportunity.

“I’m so excited that I got to reach the next level and represent such an amazing country,” says Vair. “I love the way that everything has turned out and I wouldn't change a thing. I mean, I would love to play soccer again but I’m also loving where I am with volleyball. I hope that the more I talk about it, the more people can learn about the Paralympics and sitting volleyball. It's such a cool sport and we're ready to compete for Canada.”

Vair and her teammates begin preliminary round action on Aug. 27 as they take on Brazil.