Coming off two of the strongest regular seasons in their program histories, both Lethbridge College women’s and men’s soccer teams look to continue their rolls at the ACAC championships. The tournament begins Friday in Edmonton and is hosted by NAIT. 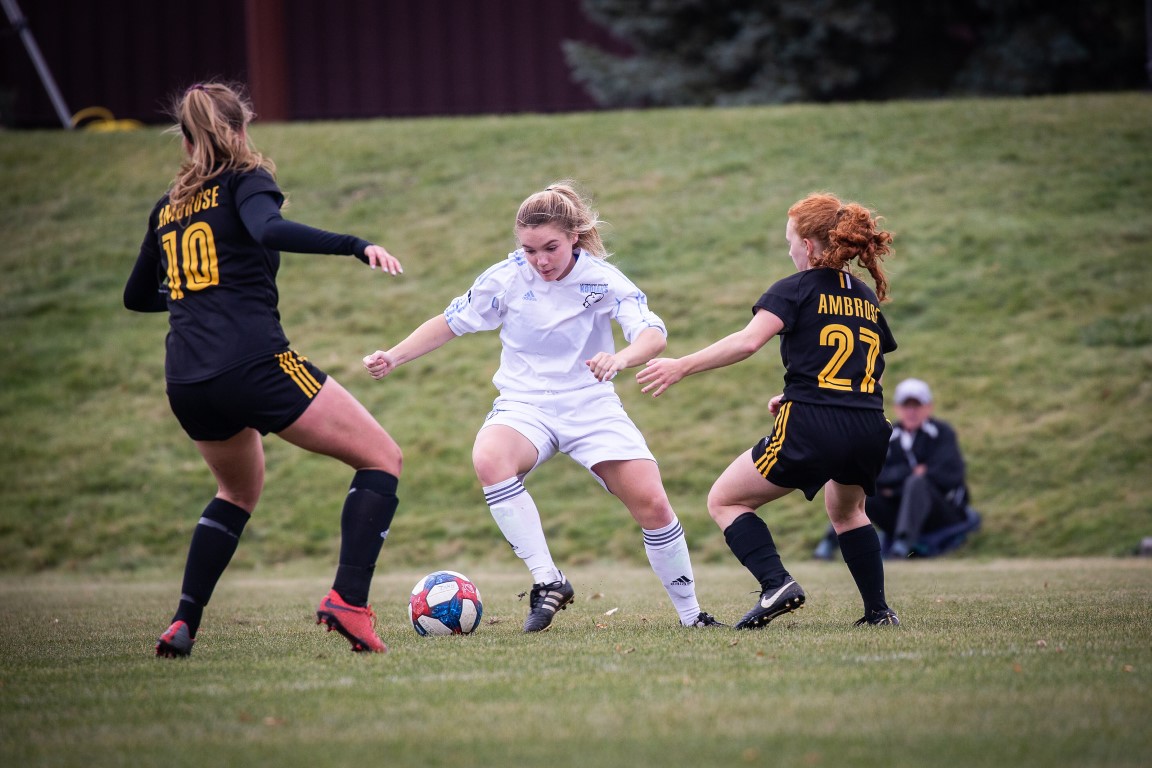 After shocking the ACAC to earn a bronze medal last season, the Kodiaks spent this campaign proving that result wasn’t a fluke. The result was a 9-1-2 record and the program’s first south division championship since 1994.

Statistically, this is the second-best regular season in the team’s history, trailing only the 1994 team that won the only national championship in Kodiaks women’s soccer history. The Kodiaks enter the championships placed 14th in the CCAA national rankings.

Last season, the Kodiaks finished third in the ACAC south division standings, but upset The King’s University in the quarterfinals and Concordia in the bronze medal game to earn the second medal in program history. It was invaluable experience that the Kodiaks hope help them going into this year’s championships.

“Going into the season, I did think we could win the league this year, I just had that sneaky suspicion,” says Sean Carey, Kodiaks soccer head coach. “The players who were coming back now know what it takes to win. So the experience they bring, combined with the energy and enthusiasm of the first year players, was just a good match. We felt like we had a really good balance this year.”

The Kodiaks were both the highest scoring and stingiest defensive team in the south division this season. The team featured a balanced offensive attack, as 11 different players scored goals. In her final season with the team, veteran Vicki Noronha (fifth year, General Studies, Brooks) scored a career-high nine goals to lead the team, including back-to-back hat tricks against Ambrose University and Red Deer College late in the season. She tied for 10th in conference scoring.

The Kodiaks advance directly to the conference semifinal and will face the winner of a Friday quarterfinal between the Concordia University Thunder and the Olds College Broncos. The Broncos finished third in the ACAC south division with a 7-4-1 record, and were swept by the Kodiaks 4-0 and 2-0 in their season series. The Thunder went 11-1-0 to finish second in the ACAC north division and are ranked sixth nationally. The Kodiaks and Thunder battled to a scoreless draw in a pre-season meeting. 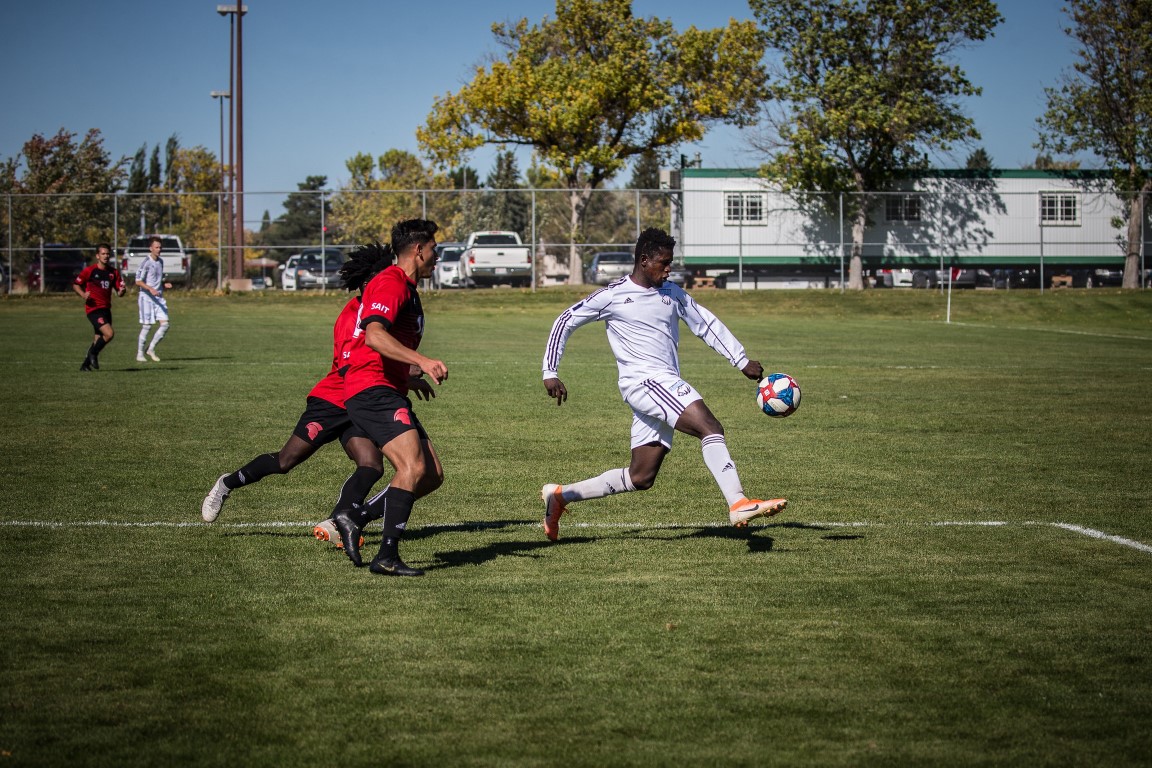 The Kodiaks waged a spirited battle for the south division championship, and despite just a single loss, the team settled for second place in the ACAC south division, four points behind the first place SAIT Trojans. Still, it was the second-best statistical season in Kodiaks history and sends the team into playoffs with momentum.

The Kodiaks are ranked 15th in the CCAA national rankings and are in the ACAC playoffs for a third-straight season for just the second time in program history. After losing their second game of the season, the Kodiaks are now undefeated in 10 straight entering the post-season.

Saturday’s quarterfinal is a rematch of last season’s quarterfinal against The King’s University that the Kodiaks won 3-1. The team then lost to NAIT in the semifinal before falling to SAIT in penalty kicks in the bronze medal game. Being so close to a medal provides motivation to the Kodiaks ahead of this season’s championship tournament.

“By finishing second, we probably have a tougher draw now,” says Carey. “We’ll likely have to beat NAIT if we want to get to the final, and NAIT hasn’t lost in two years. But, we beat SAIT and they hadn’t lost in two years, so that’s our motivation. The players want to go to nationals. Their whole goal from the start this year was nationals and that’s still that's the only goal.”

The Kodiaks scored 32 goals in 12 games this season, led by Jimmy Bukuru (third year, General Studies, Lethbridge) who had 10 to finish seventh in the ACAC scoring race. Sodiq Adekunle (second year, General Studies, Lethbridge) wasn’t far behind, with eight goals. Goalie Cody Ferguson, who returned to the net after spending last season as an assistant coach, played every game for the Kodiaks and earned seven shutouts.

The King’s University Eagles finished third in the ACAC north division standings with a 6-3-3 record. The Eagles and Kodiaks met in a preseason match in August and battled to a 1-1 draw.

The NAIT Ooks are hosting both the men’s and women’s 2019 ACAC soccer championships. Quarterfinals will be played on Friday, followed by semifinals on Saturday and medal games on Sunday.

The Kodiaks games can be streamed live on ACAC-TV. Results will be available on the championships website.