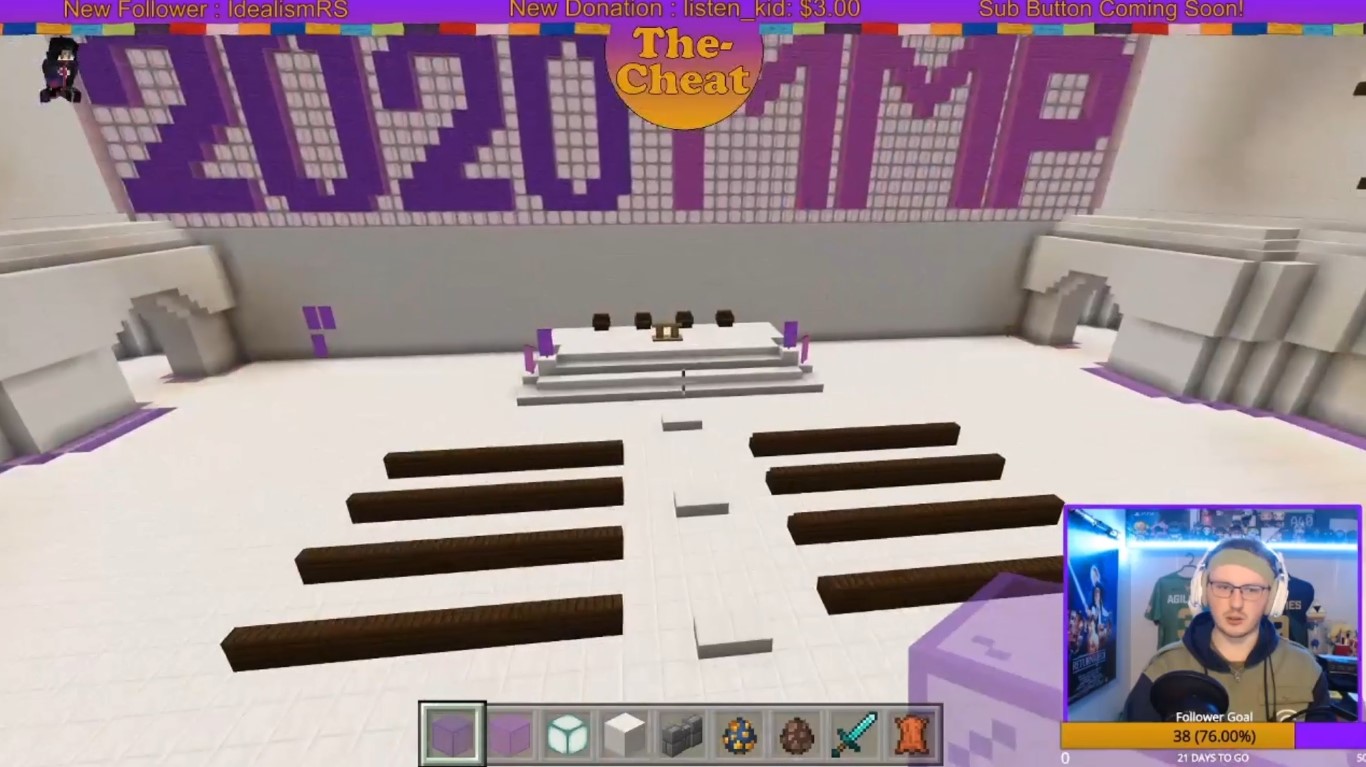 When Multimedia Production students at Lethbridge College wake up on their Convocation Day, they’ll get to attend the ceremony in an arena created by one of their classmates – in Minecraft.

Armed with little more than virtual pickaxes, redstone and a ton of experience crafting freeform online worlds, soon-to-be-grad Caleb Moberg led the creation of an arena where his classmates and their friends and families can come together to celebrate their graduation – in a virtual and physically distant world. There will even be fireworks to cap off the ceremony.

The entire process was student-led, instructor-supported and, to be honest, a little bit emotional.

“In high school I wasn’t really excited for my graduation,” says Moberg of Lethbridge. “But at college it was a really different feeling. A bunch of my friends were getting me super excited for Convocation and I wanted to be there and celebrate this huge milestone with my classmates.” 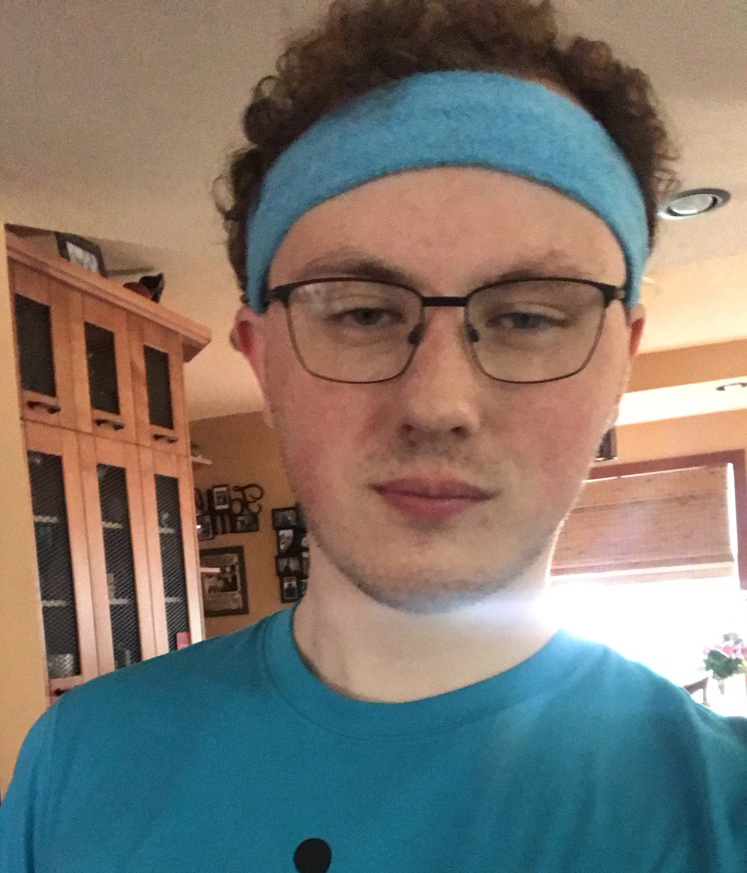 So when classes were moved online and this year’s convocation cancelled, it was a huge letdown, he explains. But that feeling didn’t last for long.

“In the rush to move things online we began using a tool called Discord which allows us to have chat channel for each class as well as a general channel for non-class related topics,” explains Virtual and Augmented Reality/Multimedia Production instructor Allyson Cikor, one of Moberg’s instructors. “In the Multimedia Production general chat, one of the students had posted a link to an article about a class in Japan that had done their convocation in a game called Minecraft.”

Some of the students started joking about doing that here in Lethbridge, Cikor remembers, “and then someone said ‘why don’t we do this? It’s really not that hard to do.’ And they rallied around the idea quickly.”

Moberg says he jumped at the chance to create a virtual ceremony and took the lead, building the world the class will be using for the event and setting up the systems to allow classmates and friends to join in. The work started on March 19. By March 26, blocks framing the arena and stairs in and out could be seen. A “walk-through” four weeks later showcased a nearly finished arena complete with a platform, podium, seating for guests and plans for each student’s name to be displayed on banners on the wall.

Cikor says it has been satisfying to see the skills and experiences that students have gained in the Multimedia Production program as well as in the college’s new Virtual and Augmented Reality program put to good use already during the rapidly changing global pandemic. There will be more and more opportunities for people to benefit from working together to build and learn in virtual worlds. 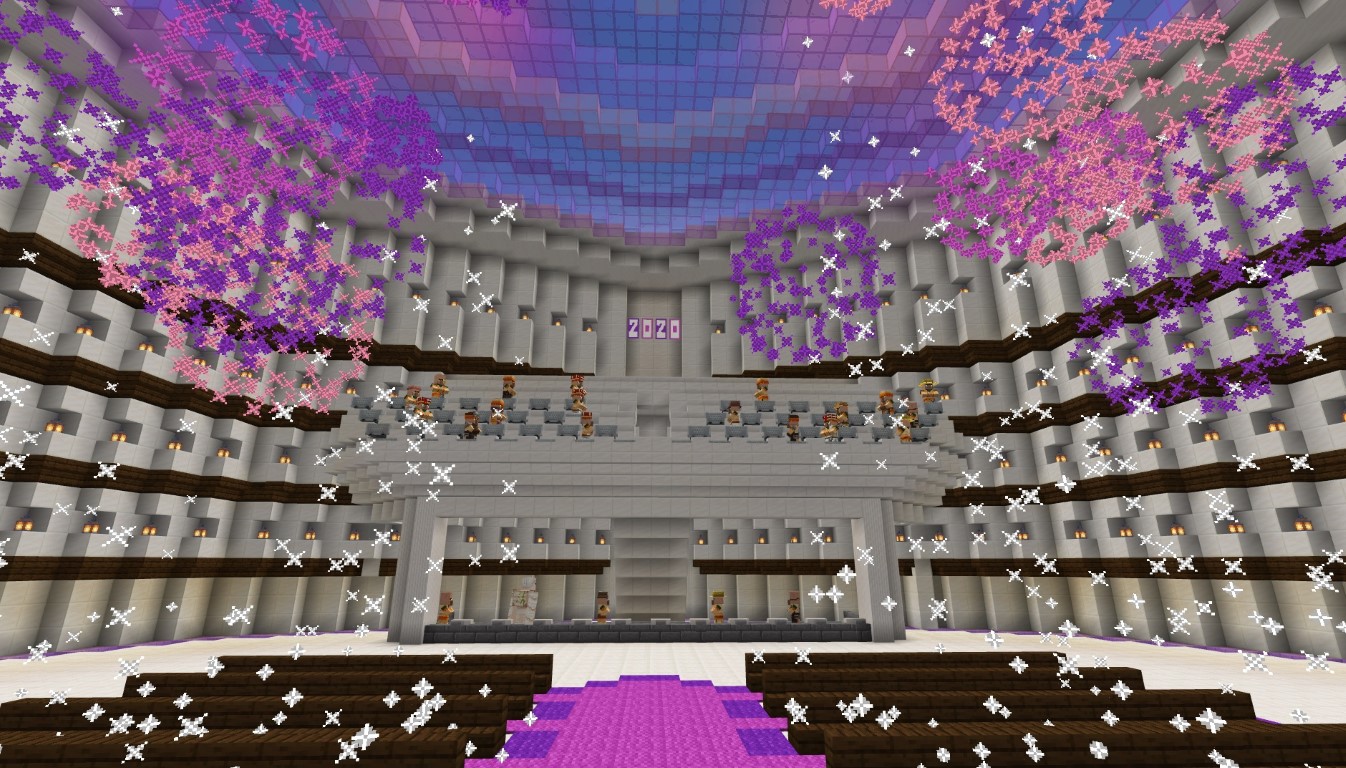 “It really is our students time to shine,” says Cikor.

Moberg says he was grateful for the support and guidance from instructors Cikor, Tanya Weder and Chelsey Voeller throughout the process. He estimates that in the end, it took him and three friends about 20 hours each to create the arena and finishing touches, and that about eight classmates provided input and feedback at various points in the design and creation.

“It turned out so much better than what I thought it was going to look like,” says Moberg, adding that while he had the Minecraft-gaming skills already, the graphic design skills he learned in the program were important to the polished final version. “This has been such a cool process. I am super close to my teachers – everyone in our program just loves each other – and there is just a sense of connection in our class that will make it great to have an event like this.”

Take a sneak peek of the Minecraft Convocation venue: