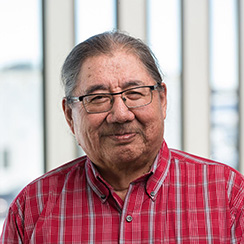 Peter Weasel Moccasin has worked as the college’s Kainai Kaahsinnoonik (Grandparent) since 2013. He is a mentor, leader and advocate for students, employees and community members, Indigenous and non-Indigenous alike.

Raised on the Kainai Nation, Weasel Moccasin grew up listening to the stories of the Kaahsinnooniksi in his community. Through these teachings, he gained a traditional way of knowing. While he never envisioned passing on those lessons, he now regularly provides guidance to a younger generation.

At Lethbridge College, Peter has been instrumental in making Indigenous education a priority. He sits on the President’s Indigenous Advisory Council and the internal Indigenous Committee. His leadership has helped to make recent events, such the raising of the Blackfoot Confederacy flag permanently on-campus, and Lethbridge College receiving its own Blackfoot name, Ohkotoki’aahkkoiyiiniimaan, which means Stone Pipe, a reality.

He visits the Niitsitapi Gathering Place on a regular basis to provide advice and guidance to students and staff. He also presents to classrooms on topics such as learning from place, Blackfoot history and residential schools. Being a residential school survivor himself, he speaks about the past with an honesty and truth that is both humbling and eye-opening to the hard realities that have occurred. He uses humour as a tool of strength and resiliency.

The knowledge and values of the Blackfoot ways that Weasel Moccasin shares and instills in Lethbridge College students gives them hope, strength and guidance on their pathway to success in striving for a post-secondary education and more. 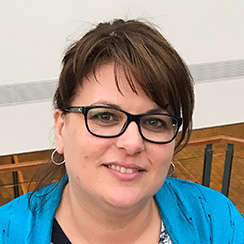 Veres Sassa has been named this year’s Distinguished Alumna. Since graduating from the college in 1991, she has continued her education and has now spent the past 25 years as a leader and innovator in health care in southern Alberta. Working for Alberta Health Services (AHS) at the Chinook Regional Hospital, Veres Sassa has held positions as a surgical clinical educator and as the highly-specialized intensive care unit clinical educator. She has a passion for educating health care professionals and has collaboratively developed, implemented, reviewed and maintained many advanced clinical education tools and strategies. Through her highly-specialized Advanced Cardiac Life Support Instructor and Coordinator certification, she has provided training to a wide range of professionals including physicians, nurses and paramedics. She continues to give back to her alma mater in a wide variety of ways, including by helping to create the college’s Simulated Patient Health Environment for Research and Education (SPHERE) and playing an instrumental role in getting it operational. She has donated countless hours to college faculty, staff and students through consultations, committee work and providing opportunities for job shadows and was an essential advocate in helping the Nursing Education in Southwestern Alberta program flip its clinical model. Veres Sassa routinely gives her time to provide additional support to students and programs at the college, as well as her colleagues at AHS. 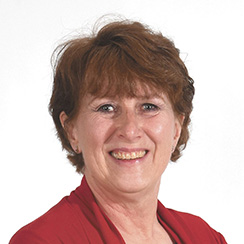 Duckworth Thompson is this year’s Career Virtuoso Award recipient. She has spent her illustrious journalism career developing a reputation as an expert in agriculture and specifically livestock production. As the Calgary bureau chief for the Western Producer for 28 years, Duckworth Thompson has developed a deep network of connections throughout the agriculture industry, government and media that allows her to shed light on the stories important to producers. Her expertise has been sought by other media members looking for insight into the industry and issues, specifically she was often sought out as a source during Canada’s BSE crisis in 2003. She is the recipient of numerous national and international industry awards and has worked for multiple media outlets, contributed to countless freelance projects and is a sought-after public speaker. Her specialization has led her to travel the globe, including stories where she has examined the impact of BSE on British farmers, analyzed the competitiveness of the Australian beef industry and was invited by the Dutch Ministry of Agriculture to study farm animal welfare practices. Her career shows no signs of slowing down as she traveled to the United Kingdom and Ireland in 2017 to study the agricultural effects of the UK’s vote to leave the European Union. 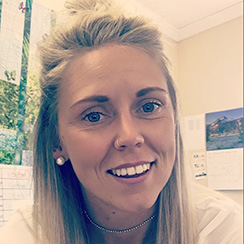 De Groot is the recipient of this year’s Community Leader award. A three-time graduate of Lethbridge College, all of De Groot’s studies have helped to support her career, which is focused on helping people. She is currently the cultural program coordinator with ARCHES, a not-for-profit, community outreach group that provides resources and support for those affected by AIDS and Hepatitis C, while also focusing on prevention. She has a long history of working with groups that help those in need, including the Canadian Mental Health Association’s Housing First team and the Family Ties Association. While with the Family Ties organization, De Groot worked with children with disabilities and collaborated with a Métis Elder to facilitate programming for Indigenous children in care. Beyond her professional career, De Groot continues to help her community in a variety of capacities, including the creation of I’taamohkanoohsin, which is a Blackfoot word for “everyone comes together.” Partnering with the Lethbridge Police Service and Blood Tribe Department of Health, the program provides cultural supports for Indigenous people living within the City of Lethbridge. De Groot also works with the Lethbridge Area Search and Rescue group and has been an active supporter of the college, presenting in classes, attending on-campus community health initiatives and taking practicum students from the Child and Youth Care program. 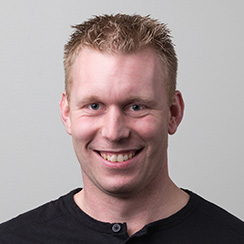 Mans is the Rising Star Award recipient. In just five years, he has gone from employee to owner of Galimax Trading Inc. The company originally bought high-end European food items into Alberta and marketed them to restaurants, but under Mans’ direction, the company has switched its focus to marketing top quality Alberta-grown produce to local restaurants. The expansion of the company included building a new, Canadian Food Inspection Agency-approved warehouse in Nobleford, as Galimax has grown from occupying a single commercial lot to owning four lots. The operation has created stable, well-paying and productive jobs in the Nobleford community. Mans has helped to foster a culture where he supports other young entrepreneurs, mostly from small farm businesses, lending his expertise to help them achieve their dreams. His philosophy is based around marketing the uniqueness of a product or making it better than anyone else and “if you can do both, than you are guaranteed success.” Mans believes in the value of teamwork and taking care of his employees as his top priority, sharing the credit for Galimax’s success with his entire team.