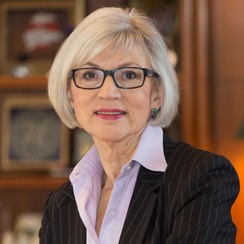 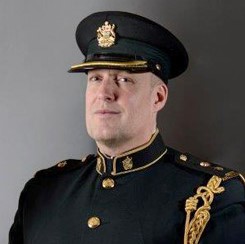 Grove has been named this year’s Distinguished Alumnus. After leaving the college with both a diploma and a certificate of specialization, Grove began his career as a Fish and Wildlife officer in 1991. He rose through the ranks, working both in the field and in management, up to his current position as the Superintendent, Operations for the Alberta Fish and Wildlife Enforcement Branch within the Ministry of Justice and Solicitor General. Among his many career accomplishments is helping to develop and then serving as steering committee chair for the Western Conservation Law Enforcement Academy, which is the recruit training program for all new resource law enforcement officers in western Canada and is the first of its kind across the country. Now living in Edmonton, Grove has maintained close ties to the college, including chairing the Conservation Enforcement Advisory Council, working with faculty to ensure effective linkages are in place between the curriculum being offered at the college and the officer recruit training program and participating in Open Houses, as he actively advocates for the college and the School of Environmental Sciences. Along with his extremely successful career, Grove has also been a volunteer firefighter and coach, and he has enjoyed time in the outdoors with his family and friends. Grove helps to guide the future of the resource enforcement service and serves as a mentor for youth considering this career path. 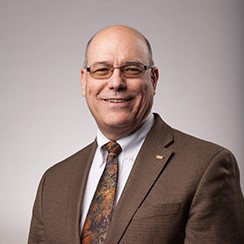 Barton is this year’s Career Virtuoso Award recipient. For the past 24 years, he has served as Chief Administrative Officer (CAO) for the Town of Raymond and has also added the same job title for the Improvement District #4 Waterton Lakes National Park. After receiving his Lethbridge College diploma, Barton added to his education by earning his certificate in Local Government in Municipal Administration from the University of Alberta and his Masters of Business Administration from Athabasca University. An advocate for regional administrative cooperation in southern Alberta, Barton has contributed to the formation of policy and legislation at the local, provincial and federal levels. His excellence in his field has been recognized repeatedly as he has received the Alberta Centennial Medal, the 30 Year Distinguished Service Award from the Canadian Association of Municipal Administrators and the Queen Elizabeth II Diamond Jubilee Medal from the Governor General of Canada and the Federation of Canadian Municipalities. While he has had the opportunity to move and expand his career, Barton remains committed to Raymond, helping to grow the community and its amenities through a variety of infrastructure and development projects. Barton is also devoted to mentoring the next generation, working with the Province of Alberta’s Municipal Internship program and maintaining close ties with the college where he has twice worked as an instructor in a variety of programs. 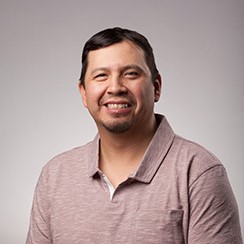 Weasel Head is the recipient of this year’s Community Leader Award. Throughout his life, Weasel Head has shown an enthusiasm and an aptitude for both education and athletics and is now instilling that passion in the next generation of learners and athletes. After earning his Lethbridge College diploma, Weasel Head went on to receive his Bachelor of General Studies with a major in Physical Education and a minor in Native Studies from Brandon University (BU) and his Bachelor of Education degree and his Masters of Education with a focus in FNMI from the University of Lethbridge. During his three years at the college, he was also well known for his prowess on the basketball court, including being named a three-time Alberta Colleges Athletic Conference all-star and earning all-Canadian honours in 1998. He also had an all-star career during two seasons at BU. Weasel Head is now in his 14th year at Kainai High School on the Blood Tribe Reserve, where he currently serves as associate principal, athletic director and head coach of the Kainai Lady Warriors basketball team. He is also a board member for the Indigenous Sport Council of Alberta and has worked with organizations such as the Alberta School Athletic Association and the Treaty 7 Management Corporations. Weasel Head is a role model who is continually finding ways to better his community.