Fergus Raphael (Communication Arts – Broadcast Journalism 2003) founded Tangle Media a year after he graduated from Lethbridge College. Today, the Lethbridge business employs a half a dozen Lethbridge College graduates and has grown into a powerful software development team, using emerging web-based technologies to solve business problems for their varied clientele across North America. It’s a small, collaborative team of problem solvers whom Raphael jokingly describes as an “adhocracy,” where flexibility and individual initiatives often carry the day. In that vein, Raphael jokes that he’s not just the president but also the janitor. 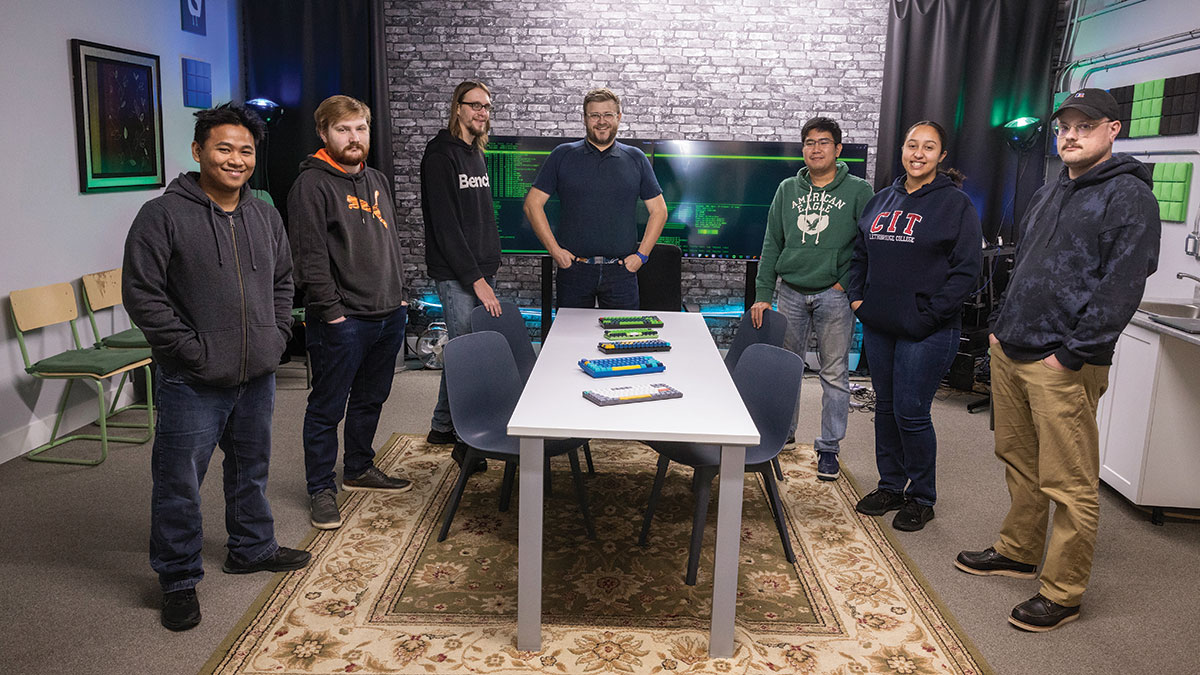 We are proud to celebrate these Alumni at Work!

In each issue, Wider Horizons and the Alumni Relations team feature area businesses that employ a large number of Lethbridge College grads. If you’d like your business showcased in a future issue, email WHMagazine@lethbridgecollege.ca. 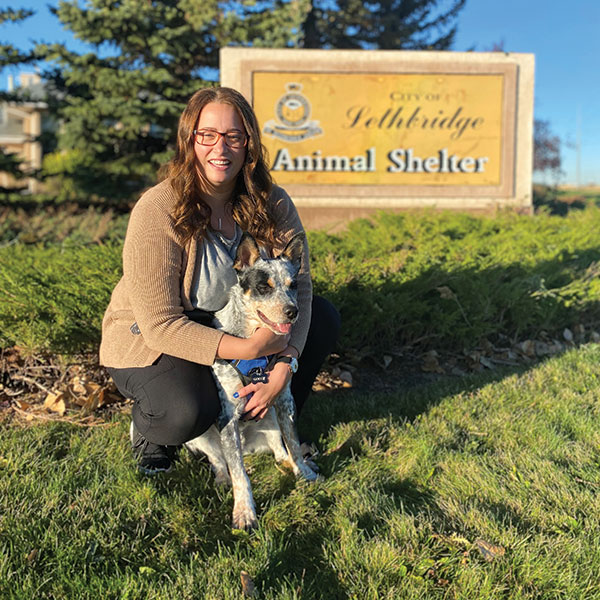 Once a familiar voice on Lethbridge’s radio waves, Sam Borsato recently hung up her headphones to explore a new opportunity as operations clerk with Community Animal Services.

“Just like in radio, there is no ‘typical’ day at work,” says Sam. “From dispatching officers, receiving animal bylaw complaints, managing dog licences and adopting out cats and dogs, I try to ensure operations are as smooth as possible for our staff.”

Sam spent seven years in media after graduating from the college – the last four as morning show co-host and news anchor at CJOC 94.1 FM. Craving a change in scenery, Sam moved on from radio in January 2022 but says she still uses her communication skills every day in her new role.

“Lethbridge College not only helped me toward my dream career in radio, but gave me what I needed to expand my horizons after that,” she says. “It’s certainly a testament to the college’s commitment to providing a well-rounded education.”

Sam also says she’s been taking work home with her – adopting a stray blue heeler named Goose just a few months into the job. “He took a firm hold on my heart and is settling into our home like he was always meant to be there.”

Lethbridge College’s Communications team was thrilled to welcome two new colleagues in 2022, both of whom have many college connections.

In January, after almost 15 years as a radio news anchor/reporter for 94.1 CJOC FM in Lethbridge, Tina Karst (Communication Arts – Broadcast Journalism 2005), switched off the microphone and joined the team as a media relations specialist.

“Leaving radio after so many years in one place was a huge decision and a tiny bit scary,” she says, “but what I loved most about being a reporter, was getting to share great stories, and that’s something I still do every day as part of the college’s amazing Communications team.”

“In my previous career as a reporter, I was accustomed to writing brief, 30-second news pieces for radio broadcast,” Tina says. “Writing for the magazine has really allowed me to stretch my abilities in telling more in-depth stories. And I get to go on photoshoots! I’m having a lot of fun.”

Melanie says she spent her childhood with her head in books, but when the story would end she’d find herself grabbing a notebook and writing her own sequel, adding new characters and plotlines. So, when it came time to choose a post-secondary education, it was a no-brainer to join the Print Journalism program at Lethbridge College.

“It was a perfect fit,” she says. “I’ve always had this passion to tell stories and now I was able to tell real stories about real people and share them with the world.”

After working as a reporter for the Lethbridge Herald and the Claresholm Local Press, Melanie returned to Lethbridge College to take the Multimedia Production program. This led to her making a switch from journalism to marketing, most recently as the marketing manager for Nikka Yuko Japanese Garden. She’s now come full-circle and returned to the college as a communications specialist.

“I love that I’m able to apply my passion for writing through sharing the incredible work happening here at the college and featuring the people behind the success,” she says. “I feel like I’m finally back home.” 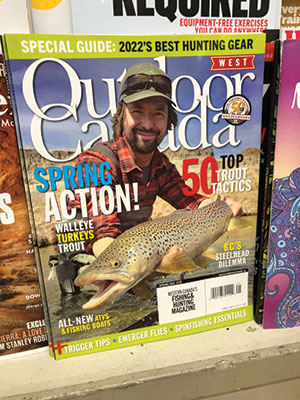 A familiar face graced the magazine stands this summer! Kelly Riehl (Ecosystem Management 2022) was featured on the cover of Outdoor Canada. A life-long outdoor enthusiast who worked as a professional fishing guide on Haida Gwaii on the west coast of British Columbia before coming to Lethbridge College. In 2019, when he was a second-year Renewable Resource Management student, Riehl was awarded a prestigious scholarship by the Parliamentary Outdoor Caucus. As one of 10 winners from across Canada, he was given a trip to Ottawa which included a guided tour of Parliament by members of the Parliamentary Outdoor Caucus.