In the summer, you’re likely to find Mike Darlow, an instructor in the Heavy Equipment Apprenticeship program, working on vintage and hot rod cars. That was especially true in the summer of 2020, when his love for travel to Europe was curtailed by COVID.

But with the days getting shorter, this Lethbridge College-trained, Red Seal journeyman heavy equipment technician turns his attention to another passion — photography.

“In summer, everything is so bright,” he says. “The light is so harsh. So you have to go out in the golden hour of morning or night, and I’ll be honest, I don’t like to be up at like five in the morning and I don’t want to still be in the mountains at 10 at night. The days are shorter in winter and even if it’s overcast, the light is flat but it’s easier to control your exposure.”

For Darlow, photography is all about the artistry and mastery of the technical aspects of the camera, lens, film and developing process to evoke a feeling – be it nostalgia, awe or mystery. “What’s amazing about photography is all you need is a box and some film behind it,” he explains, “and to understand the theory of photography.” 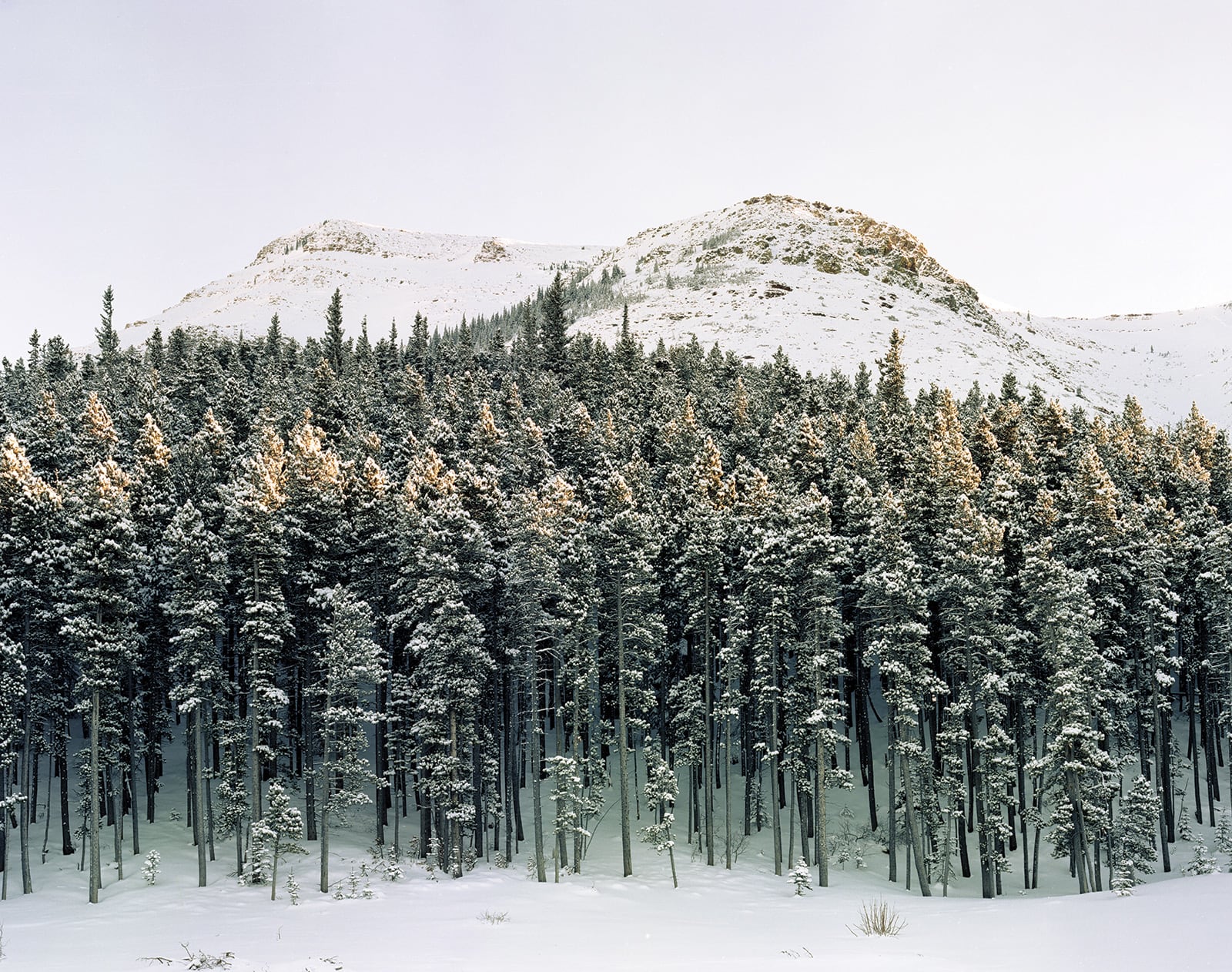 Two photographers standing at the same location can take a photo at the same time yet come away with very different images. It’s all about the choices they make. Darlow’s choices are myriad. He has a collection of camera bodies from modern, mirrorless digital to 35 mm, medium- and large-format film cameras spanning the past century. There’s a Mamiya 7 from Japan, and a couple of Leicas, including a 1950s M3, one of the company’s best-sellers. There’s a 2010 large-format box camera that would look at home in the late 1800s, and a Zeiss Ikoflex Clio from 1930s. His “oddball” is a Sigma Merrell digital camera that takes amazing landscapes from a small, awkward-to-hold body.

He also has an extensive collection of lenses, the oldest of which is an 1861 German-made Voightlander. With his mechanical know-how, he’s adapted lenses to mount on camera bodies they were never built for. "You’ve just got to make your own brackets and rig it up,” he says.

The photographer can make even more choices, such as the type of film – maybe even motion picture film adapted to fit a still camera, giving images a bluish-pink tone.

Before taking a photo, Darlow has in mind the look he’s trying to achieve. He thinks through every detail, calculating the interplay of time and light. It can be such a time-consuming process that his two daughters grew weary of sitting for portraits. In Darlow’s seventh year of teaching at Lethbridge College, his children have both joined him. Eldest daughter Annabelle was an internationally competitive judoka who’s now enrolled in the college’s Exercise Science program. Daughter Isabelle is an artist enrolled in her first year in the college’s Multimedia Production Program. An impressive display of her work adorns Darlow’s office in the Trades, Technologies and Innovation Facility.

His work is precise and takes time. When Darlow is shooting, you won’t hear the sound of the rapid shutter clicking; from a full-day’s outing, he might emerge with just 10 shots. Even after he takes a photo, choices remain. Darlow exerts more artistic influence through the selections he makes processing the film in his basement darkroom. “I can take as good a picture with a box camera and my lens from the 1980s as the most modern digital cameras today.” 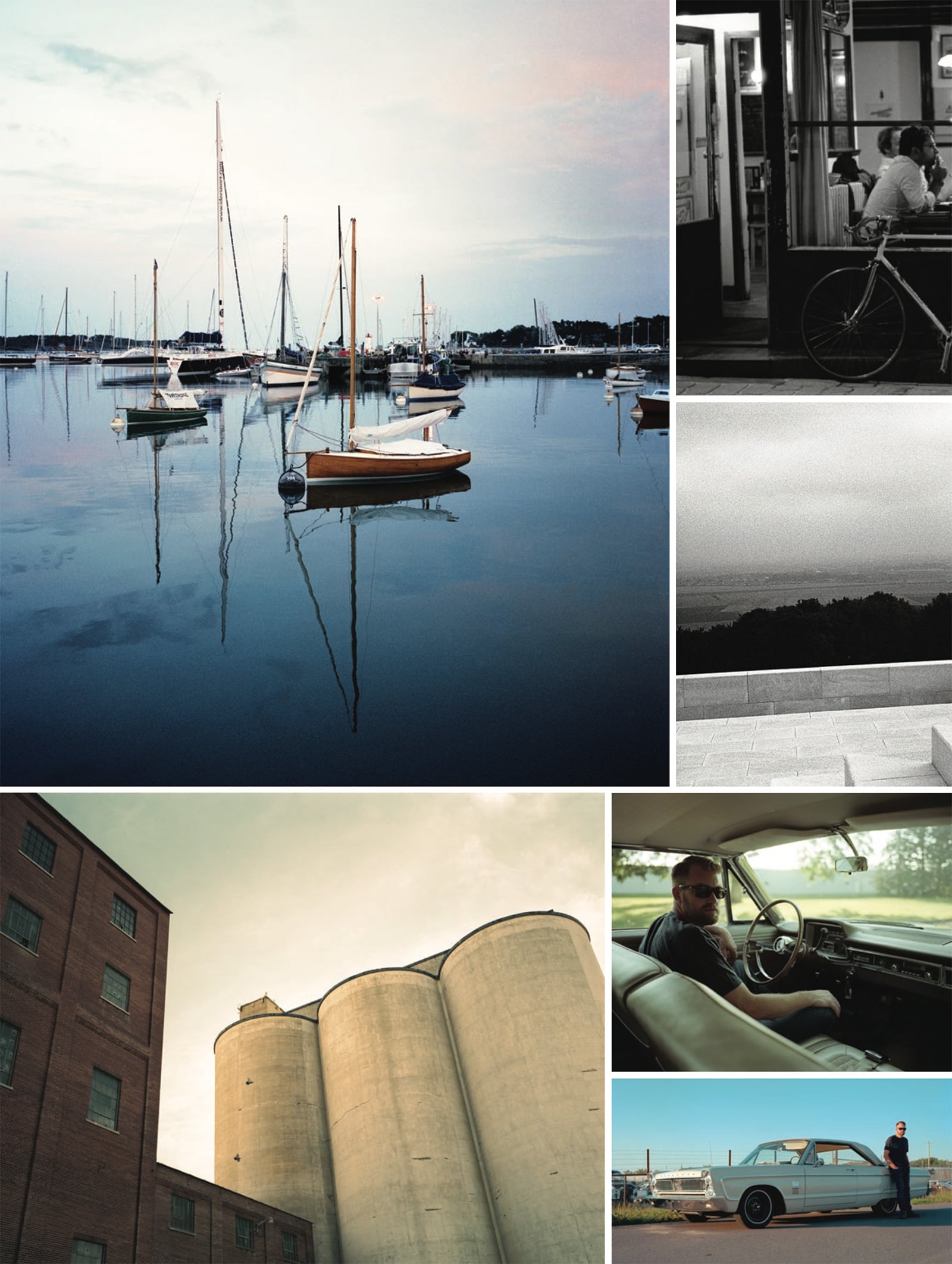 His Flickr account is filled with stunning landscapes and portraits, and, of course, pictures of cars. His interest in photography came from his father, who shot on Kodachrome film during his extensive travels in the 1960s. Darlow’s dad gave him his first camera, a point-and-shoot Fuji in 1983, and later his first manual film camera, a used 1970s Nikon.

Darlow leapt into digital photography in the 2000s, but he missed film, and he wisely scooped up used film cameras as photographers abandoned them for new technology. Today, the cameras he picked up on the cheap are highly sought and valued by a next generation of shooters who’ve fallen for film. He learned the craft through years of experimentation and a lot of trial and error, as well as through outings with friends who are proficient photographers, too, each with a unique style.

“I'm a technical geek,” he says. “I just like technical things.”

With winter arriving, and likely continued calls for families to limit their social contacts, photography can be an inexpensive option for people of any age. Here’s Darlow’s advice for getting started:

Not ready to start shooting yet but interested in photography?

Watch Kodachrome, a 2017 film starring Ed Harris and Jason Sudeikis now on Netflix. It’s about a father-and-son road trip taking pictures on the last roll of Kodachrome film while driving to the last lab still developing it. “He makes every picture count.”