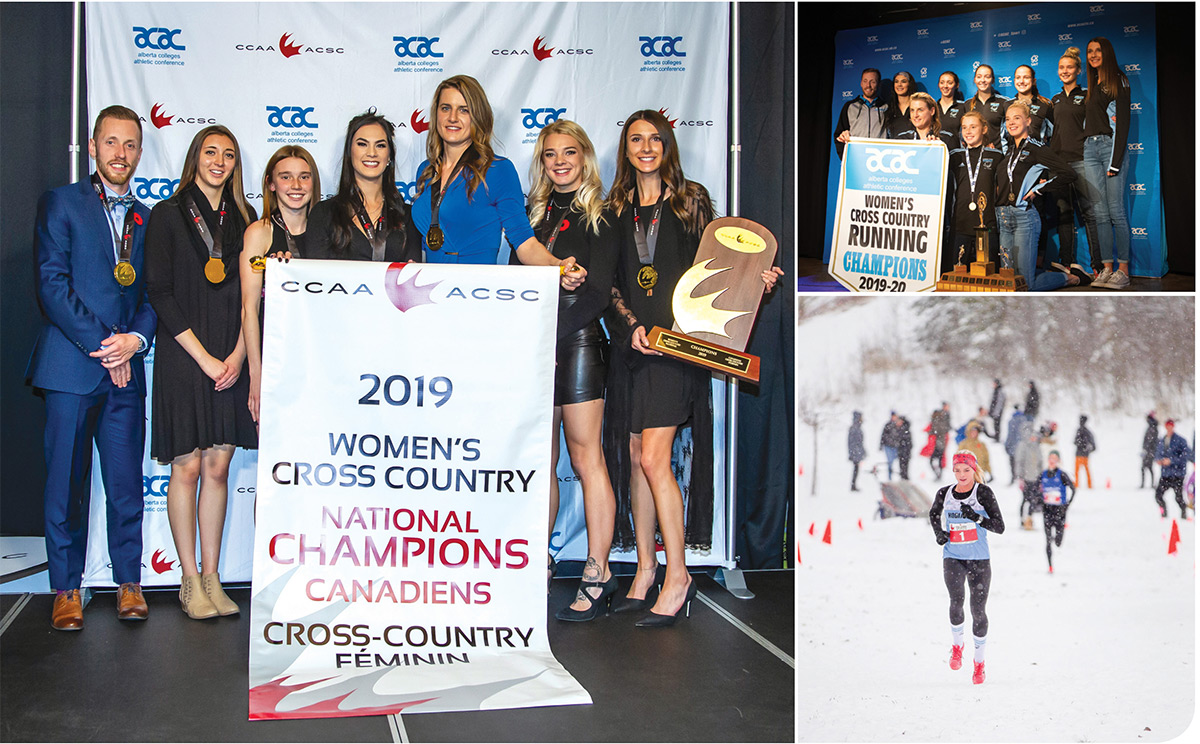 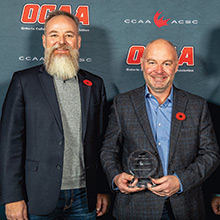 The Kodiaks won a second straight ACAC women’s soccer bronze medal, with a 1-0 victory over the SAIT Trojans in October. It’s just the third conference medal in program history, as last season’s bronze was the Kodiaks first since winning the conference and national titles in 1994. The Kodiaks finished the season 9-1-2. 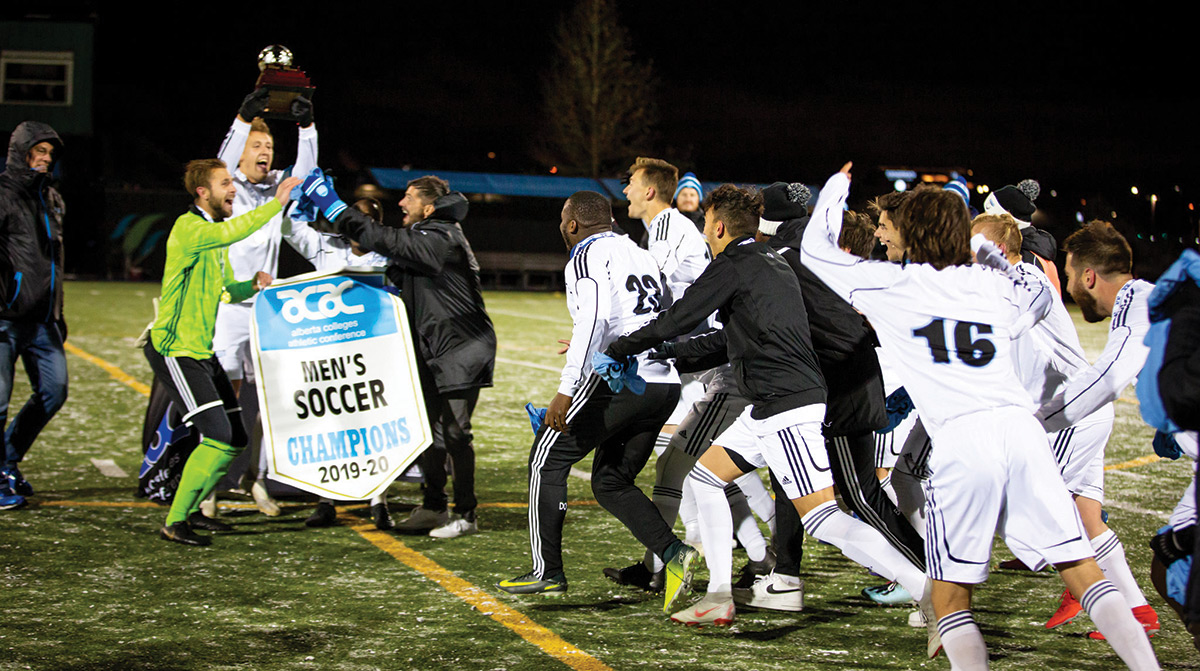 For the first time ever, the Lethbridge College Kodiaks men’s soccer team won the ACAC championship. The Kodiaks beat Red Deer College 2-0 in the gold medal match to earn the banner. At the championships, hosted by NAIT, the Kodiaks won three straight games to bring home the gold medal and advance to the CCAA national championship, where they finished eighth after a week of intense play. See page 12 for a rundown of the many awards the men’s team picked up during what turned out to be an historic season.

The fall soccer and cross-country seasons were among the most successful in Kodiaks history.

Below are some of the conference and national honours the teams brought back to Lethbridge.

(for both the men’s and women’s teams)

• ACAC coach of the year 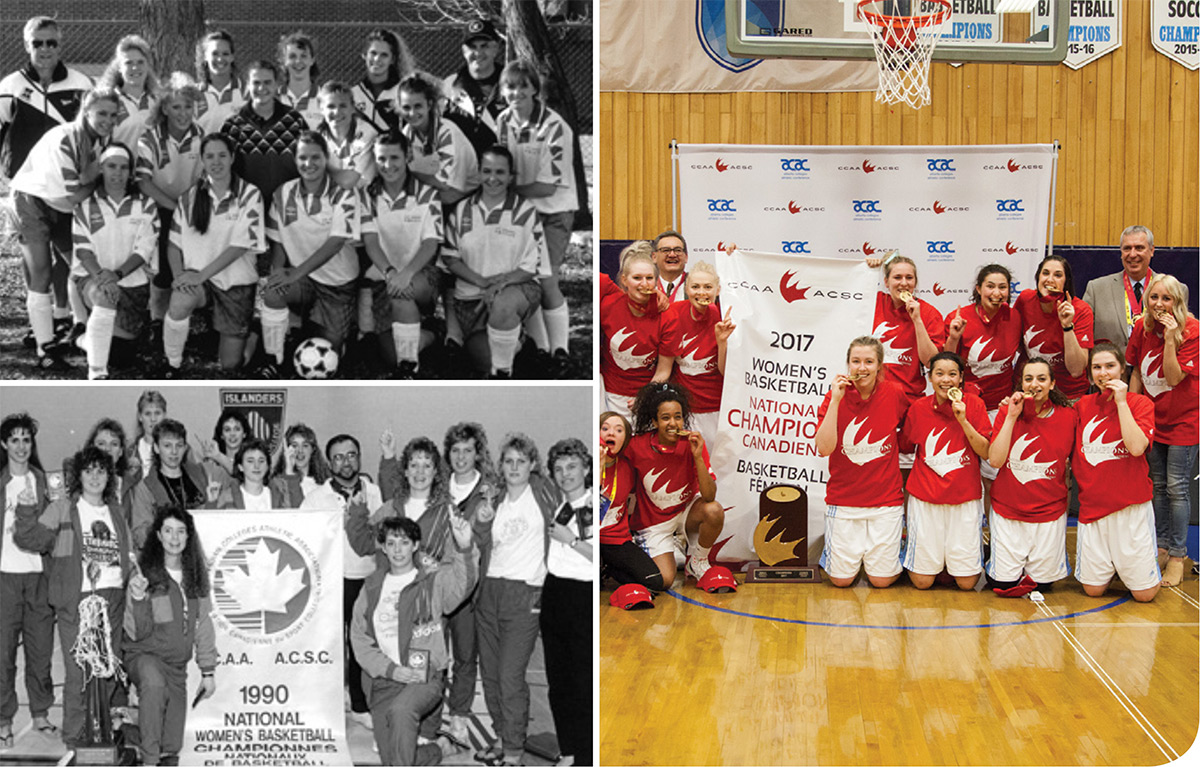 In 1980, Sherry Baker battled her way to an ACAC badminton title – but for nearly four decades, her name was lost to history. Now, a thorough dig into the chronicles of the Lethbridge College Kodiaks has restored her to her rightful place in the ACAC record book.

Dave McMurray, manager of Applied Research, started the project and received an assist from members of the Lethbridge College Marketing and Communications teams. Together, they compiled all of the Kodiaks championship history in one place for the first time. The complete picture shows the Kodiaks have earned 22 Canadian Collegiate Athletic Association (CCAA) national championships and 111 Alberta Colleges Athletic Conference (ACAC) team and individual championships.

Previously, the Kodiaks recognized 12 CCAA championships and 57 ACAC championships, but the new totals now account for championships previously forgotten that have been uncovered. The list also includes in the final total individual championships in sports such as cross country running, indoor track and badminton. McMurray, who is also historian, originally launched the work as a research project for the Lethbridge Sports Hall of Fame. He scoured old editions of the Endeavour, Lethbridge College’s campus newspaper, along with other sources to corroborate and uncover past successes. That process discovered Baker’s championship, as the ACAC archives had previously listed just a Lethbridge College championship with no additional information. McMurray’s research was presented to the ACAC, which added Baker’s name to its archives.