For both George and Sherri Gallant, coming to Lethbridge College turned out to be a pivotal, life-altering decision – even though neither knew it at the time.

For George, it started as a bit of a safety net. He had worked in radio and television in Swift Current and then in Lethbridge from 1982 to 1997 when he decided to start his own production company. A colleague mentioned the need for someone to teach a video class at Lethbridge College, and he thought that sounded interesting, too. So he took on both new roles, and has been teaching and producing ever since. 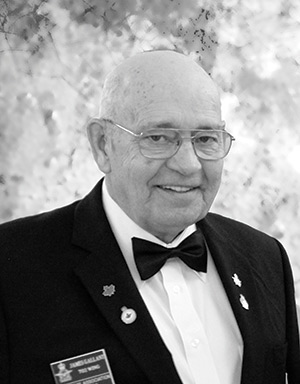 For Sherri, a close friend suggested coming to the college after her first marriage ended. She started classes in 1984, and she says it turned out to be one of the best choices she has ever made. “The college changed my life completely, in ways I would never have imagined,” says Sherri. “I was 26 and had three kids. I’d drop the two younger ones at the college daycare and head off to my 8 o’clock class. I thought that I was there to be serious and buckle down and that I’d be the old woman in the crowd. But it wasn't like that at all. I had so much fun. I made friends that I am friends with to this day, and we’d have study sessions at my house because I had kids. It was just two of the best years of my life.”

After graduation, Sherri soon went to work for The Lethbridge Herald, where she would stay for 25 years as a reporter and the paper’s first female city editor. In 2011, she shifted gears and left the paper to work in communications for Alberta Health Services.

While she was at the Herald, she met George, who was shooting for the TV station at the time. One of the first times they spent together was at the old Marquis Hotel just before it was demolished. They had heard it was haunted, and for a story for their media outlets, spent the night at the hotel with their respective photographers investigating the many things that went bump in the night.

The many college connections continued into a new generation. Their two children – Eric and Emily – are both currently enrolled in the Child and Youth Care program at the college. “I’m so proud of them, they’re doing so well and they’ve both found a great fit with CYC,” says Sherri.

George adds: “The college is a great investment. If you want a degree, do a two plus two. But get your start at the college.”

Their other connection to the college is George’s father, who worked in security with the Commissionaires from about 2010 to 2012. “I have always felt so connected to the place,” says Sherri. “Every time I drive up that road, it's like going home. It feels so comforting. And I'm so grateful for everything I got there.”

Broadcast journalism and video production instructor in the Digital Communications and Media program since 1997. He is also a documentary filmmaker and producer.

Finishing her second year of the Child and Youth Care program.

Finishing his second year of the Child and Youth Care program.

George’s father, worked at the college as a Commissionaire from 2010 to 2012.