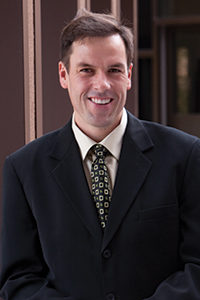 The entrepreneurial spirit may well have started for current city councillor Ryan Parker when he sold corn out of the back of a truck at the tender age of eight. Ryan graduated from LCI in 1993 and because he was always looking for the next big thing and striving to gain more knowledge, he decided to take General Studies at Lethbridge College. Ryan describes the experience at the college as simply awesome. Most importantly, Ryan says it was a place that was very welcoming.

“If you came to the college from another city or country, it wouldn’t take long for you to feel like you were a part of Lethbridge.”

One of the most influential instructors Ryan had was the late Ronald MacDonald who taught Political Science and Canadian History. Ryan admired him greatly. “The way he taught, you couldn’t tell if he was a Conservative or a Liberal. He just encouraged you to have a conversation in class. That was really inspiring.”

It was there he decided to run for student council as the Science and Tech representative. He won the seat and the experience of governance prepared him for what would happen in 1998.

Ryan had been working in the restaurant business where he met businessman Clarence Arnoldussen. With Clarence’s encouragement and the support of well-known restauranteurs Ray Bonetti and Wally Schenk, Ryan decided to take a shot at city council. That year he became the youngest member of City Council. In fact, 18 years later, Ryan is still the youngest. But now he can add that he is also the longest serving councillor.

With that aforementioned entrepreneurial spirit, Ryan ventured into the newspaper business starting up Parker Publishing Inc. He also launched a portable sign and billboard company. He has since sold those businesses but continues to serve the people of Lethbridge. It’s a job he treasures.

“Lethbridge is 111 years old, and I’ve been fortunate to have helped shape it for nearly 19 years,” Ryan says. The college experience and his time on city council has helped Ryan evolve as a person and today, with two young kids and a new perspective on life, he looks forward to the next challenge - whatever that may be. Stay tuned.