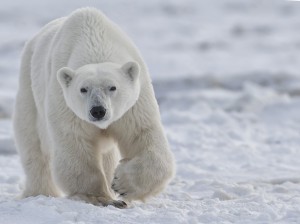 Bob Windsor says his two years at Lethbridge College were some of the best of his life. He remembers good friends, great times in the Cave and inspiring instructors who had real-world knowledge about the subjects they taught.

Take Rowland Maw, who taught the “Parks” course to Windsor. As Windsor was reviewing his notes, he saw a question about the three types of people who used parks. He figured the question was unimportant and wouldn’t be on the exam so he skipped right over it. But sure enough, that same question appeared on the test – and it was worth 15 per cent of the grade.

“I left it for the end but I had nothing,” he said, recalling details as vividly as if the test happened three days ago, not three decades.

“And finally, I wrote in there that the three types of people who used parks were ‘The good, the bad and the ugly.’”

He turned in the test, sure he would receive a terrible mark. But when they were posted, he saw his name near the top of the list… with a note to go see the instructor.

“Mr. Maw said he marked my exam on Friday and gave me a zero at first,” Windsor recalls. “Then he told me I ruined his weekend because he kept thinking about my answer. He told me that with all of his background in parks, I couldn’t have hit the nail on the head any better. He knew that world.” Windsor says that the real-world stories his instructors shared with the class served him well throughout his career – much more than the Latin names for animals (although he can still recall most of those).

He’s thrilled his career took him to the north, where he got to see wolverines and arctic foxes, go moose hunting, and take advantage of some of the best ice fishing he’s ever done.

And of course, there were the polar bears. Canada’s only polar bear holding facility is located in Churchill, Man., and came into existence after unsuccessful efforts to relocate the bears who wandered into town. The facility allows conservation enforcement officers to hold the bears for about 30 days, which accomplishes three goals. First, it ensures that people are safe from that particular bear for those 30 days. It also removes bears from the setting and can prevent them from learning more bad habits (namely, getting into human food sources including garbage). And finally, holding them that long gets them 30 days closer to the time when ice starts forming on the Hudson Bay, allowing them to move on to greener pastures – or as the case may be, icier waters.

Most years saw an average of 45 polar bears housed in the 28-cell facility, although Windsor had to “jail” 61 bears one year. Those numbers don’t come close to the record 175 bears that came through town in 2003. (The town closed down its dump in 2005 which has helped cut down on bear interactions.)

And the most polar bears Windsor ever had at any time was 28, including a female with two cubs in one cell (which left them with two empty cells… just in case). The weather was poor for more than a week and the bears couldn’t be flown out, Windsor recalls. When the weather finally broke, Windsor says he and his colleagues spent about three days straight flying bears out.

While he is happy to be further south with his family in a community they enjoy, he says he feels fortunate his career – which started in the classrooms at Lethbridge College – took him to Churchill for a six-year stint at a truly unique job.

“It was such a great experience,” he says. “I have no regrets.”

To learn more about Bob Windsor's work, read "A ride-along with a polar bear beat cop."