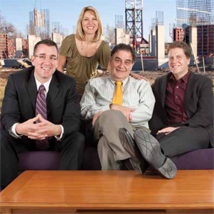 Lethbridge College has been through some substantial changes in the last few months: a new look, a new name, new programs, always placing students at the forefront of these innovations. This fall, that motivation will continue when the campus opens its third student residence.

Construction on the residence began last June after several months of planning by the college’s senior leadership team. Most of the $11.3-million price tag has been covered by college reserves, aided by a $2-million contribution from the city. The college’s Alumni Relations Council has taken on the job of raising the final $1 million.

The five-storey facility includes 109 suites and a lounge on the top floor. Each room is designed for single occupancy (double if required), a feature that will appeal to those who want privacy rather than a roommate, something mature students will appreciate.

Each will contain a washroom, bed, bedside table, desk, wardrobe and a small kitchen area. Rent for the units has not yet been determined.

Ferrari Westwood Babits Architects, a company with 80 years’ experience in Lethbridge, is prime consultant for the project. Dan Westwood, lead design architect, says the firm originally intended to build something solely to meet the overwhelming need for student accommodation, but soon realized sustainability would play a major role and be the foundation of the initiative.

That will appeal to a new type of learner, one who is environmentally savvy.

“As we proceeded through the project, the whole sustainability concept came to the forefront,” says Westwood. “We were able to show the advantages of going to a concrete structure, and also reducing the footprint by going with five storeys so that it would take up less land on the campus. It will be a higher quality building that will last much longer.”

The residence has been situated to be highly efficient, using prevailing winds for ventilation, rainwater collection for irrigation, and the area’s high rate of sunshine for natural lighting and solar power for hot water. Construction will also incorporate building materials with low emissions.

Westwood says non-carcinogenic building products were chosen for optimum student health. “We want to incorporate materials found regionally,” says Westwood. “We want to use materials that are renewable, recyclable.”

To cap the project, the surrounding grounds will be xeriscaped, in keeping with the drive for sustainability.

Art Ferrari, managing partner in the project, as well as a 1968 graduate of the college’s merchandising administration program, says although sustainability can be expensive to incorporate, it’s becoming increasingly important, and the long-term benefits outweigh the costs. And with the economic downturn, building costs are lower than in boom times.

“The market n construction right now is very advantageous,” says Ferrari. “But I think there’s more of an overriding thing with the college in its rebranding; it wants to become a sustainable campus. It’s based on a philosophy that says it’s the right and proper thing to do.”

Christopher Babits, third partner in the firm, served as design development architect following completion of the initial concept. The firm is also involved with Lethbridge College’s Campus development Plan, a vision for the school for the next 30 years.

“I think for our residents coming in now and certainly in the future, sustainability will be no different than indoor plumbing or high-speed Internet; it’s just going to have to be, or we’re not going to be in the market.”

Sullivan says with some 440 students living on campus, more options are necessary.

“There’s no doubt that there’s a need for residences; it’s difficult to find accommodation,” he says. “We always cut our wait lists off once we have a hundred guys and a hundred girls. This year alone we cut off a full month sooner than the previous year.”

The design team is finding new and innovative ideas to maximize efficiency.

“We’ve orientated the building so that it can capture wind and provide natural ventilation through the building,” says Westwood. “This is the first time we’ve ever done that.”  Theresa Yauck, interior designer for the Ferrari Westwood Babits team, says she was thrilled to take on the challenge. “I think it’s a great honour to be able to say I had a hand in designing the new learners residence,” says Yauck, a graduate of the original class (2001) of Lethbridge College’s Interior Design program.

Yauck says Lethbridge College gave her the necessary skills and confidence to be successful. She says because of the sustainability factor in this project, she was conscious of the materials chosen for each unit, but she also says she wanted to create a comfortable space for students. “We wanted to make it an exciting space for these students to live with a warm atmosphere as well,” says Yauck. “It’s more than commercial because these students are going to be living in here; we wanted it to feel very home-like.”

Each room will be adorned with earthy colours like mauves and blues to create a warm vibe. Ferrari adds the rooms are also extremely versatile.

“The flexibility of the rooms could be a choice depending on what the students can afford to pay. They are built to share, so if a student can’t afford to live on their own, they can share that space with a friend or a colleague to reduce the cost.”

Fifteen of the units will be wheelchair accessible and barrier free, dispersed throughout the five floors to provide a feeling of inclusiveness for people with mobility issues.

We actually met with someone from the residence and looked at a unit for disbaled students, evaluated their failures, determined what could be done better,” says Westwood.

For instance, none of the 30th Avenue residences, the most recently built, are accessible from the sidewalk.

Some of the features in an accessible unit include wider doorways, lowered shelving, an open sink to accommodate a wheelchair, lower windows, and larger bathrooms containing grab bars.

Ferrari was Lethbridge College’s Distinguished Alumni recipient in 2008, chosen for his contributions to the college and community. He says he feels lucky to be able to give back to the institution with his skills and knowledge.

“I felt really honoured and thrilled (to be recognized),” he says.

“But it was nice to connect with the college in a different way and it also helped to re-establish serving the college; that’s an important thing to us.”

• Financial benefit to community: about $8.75 million