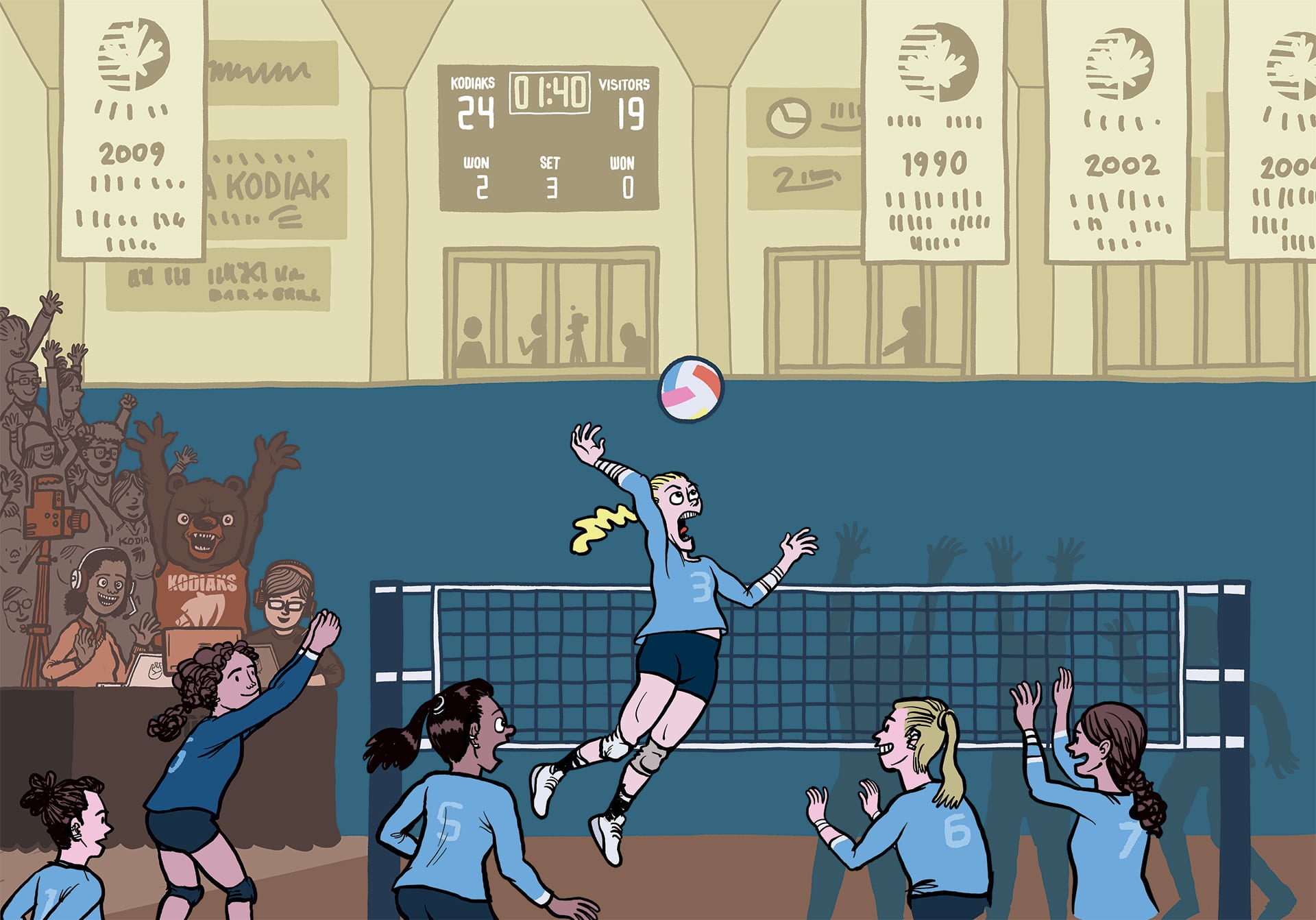 Kodiaks fans rejoiced in the news that spectators could return to the Val Matteotti Gymnasium to cheer on student-athletes this winter and spring. The building has been the site of countless thrilling moments, buzzer-beaters, championship runs, roaring cheers and tears of joy (and disappointment) over the years. Here are a few of the memorable moments:

Our playoff win against SAIT in the Val this season is a big highlight for me. We played so confidently, so clean, and even after a third set loss (after winning the first two), we didn’t feel the defeat we normally would have. I am so proud knowing that I played even a tiny role in the development of confidence in so many young women and knowing that when they leave the Val at the end of their college career, they will carry that confidence with them out into the world.

I have two memorable moments – the first being the MVP of the 1989-90 President’s Invitational Men’s Basketball Tournament, and the second being a part of the 1988-89 Kodiaks men’s basketball team that was one of the first teams inducted into the Kodiaks Hall of Fame in 2017. With the first, we were coming off a year where we were ranked No. 1 in Canada but fell short, finishing second at the CCAA championship. In this tournament we got back on top by winning it all, and, with the help of my teammates, I was awarded the MVP of the tournament.

As an athlete, I never had the opportunity to actually compete in the current Val Matteotti but the “old Kodiaks pit,” which is currently the Food Court. It was infamous for collecting dust on the floor which meant home games when you had to wear white jerseys – we looked like we hadn’t washed in days! As a grad and current athletic director, it was seeing the “sold out” sign posted at the men’s volleyball conference championships gold medal match in 2019. The Val had never been sold out before. Every time the Kodiaks scored a point – the roar of the crowd and all the blue thunder sticks banging together as though rehearsed by over 1,200 people who don’t know each other – was one for the ages!!!

NEXT ISSUE: The last word is yours... You’ve got great taste!

One of the best parts about studying and working at Lethbridge College is the chance to experience Culinary student creations in the Food Court and Garden Court. Did you have a favourite meal on campus? Were you a Culinary student with memories of working behind the scenes? Just email WHMagazine@lethbridgecollege.ca or share your stories socially by tagging @LethCollege and #LastWordLC, and we’ll share them in our next issue. We can’t wait to read your submissions!