Sometimes, the big stories for Wider Horizons are dictated by circumstance, like the naming of a new president, the passing of a major anniversary or the arrival of an opioid epidemic.

Other times, the big stories are dictated by chance. In 2015, for example, we had a number of really interesting news items come in to the office. One of our grads had driven the Zamboni for the gold medal hockey game at the Vancouver Olympics. Our Culinary students were learning how to do ice carvings as part of their curriculum. Another grad had just finished a stint as a polar bear jail warden in Churchill, Man. So in our winter 2016 issue (it had to be a winter issue, right?), our theme was “ice.” While these stories don’t mark major chapters of the college’s history, they do provide a sense of the colour and character that make this place and its people unique.

This current issue of Wider Horizons was inspired by both circumstances and chance. The circumstances are difficult ones to wrestle with – Canada’s efforts to confront its painful history of its treatment of Indigenous peoples and its work toward truth and reconciliation. The legacy of residential schools still reverberates throughout the country, including in our own region, which is situated on traditional Blackfoot territory and was home to four residential schools. These chapters comprise an undeniable and difficult part of our country’s story, and it is important they continue to be told.

The chance part arose much like it did with the “ice” stories. In the last year or so, news of several inspiring Indigenous women came to our department. We read of young grads making a difference in their communities, leaders striving to embrace new roles, elders sharing the wisdom of their grandmothers… there was an abundance of good stories to tell. So I went to my colleagues, Marcia Black Water and Shanda Webber, to help figure out the best way to tell them. With their guidance, we created a special section celebrating these women.

This is by no means a definitive list, but rather a small sampling of some of the inspiring Indigenous women in our community. And, in an effort to connect past, present and future in these pages, we will keep telling new stories that will come our way in future issues, and we made sure to include links to earlier stories that appeared in Wider Horizons that showcased some other memorable grads, staff and friends of the college.

In creating this issue, it was important to us to include as many Indigenous women’s voices as possible – not just as the subjects of the stories, but as the writers as well. So there are many new writers in this issue, and we are grateful to them all. Many other stories are told in the first person, either as written by the subjects of the stories or as told to me and my colleagues. This shift from our usual style is an attempt to maintain the individual voices and power of the women we are featuring. Perhaps one step Wider Horizons can take toward truth and reconciliation is to honour and amplify these voices, providing a new platform to share their stories.

We hope you enjoy reading this special issue. And as always, feel free to let us know what you think by emailing WHMagazine@lethbridgecollege.ca. We love hearing from you. 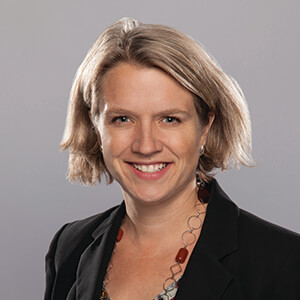