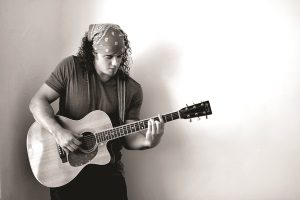 Andrew Baron
Conservation Enforcement Bachelor of Applied Science
Andrew was featured in a January article in the Peace River Record Gazette, which described his work as a new fish and wildlife officer. Andrew told the reporter: “I like the fact that not every day’s the same. There’s always something different that’s happening. The job is very dynamic; you could be doing paperwork one minute and (then) you could be out on a call chasing hunters, dealing with problem wildlife. It’s the best job in the world.”

Chelsea Cardinal
General Studies
Chelsea updates the college with this news: “I went on to receive my undergraduate degree in social work, and I am getting ready to apply for my graduate program.”

Karlo Frank Malik
Engineering Design and Drafting Technology
Karlo worked four years in Lethbridge as an architectural technician/estimator for a local home builder. He then went on to do his training at Depot in Regina, Sask., and is now a member of the RCMP. He is currently working as a constable in Patuanak, Sask.

Shawn Auger
Correctional Studies
Shawn currently works as a team lead for the Youth Assessment Centre in High Prairie. He wrote to a former instructor the following update: “Work is awesome. I am a part of an awesome team who are doing our best to help troubled youth in our region. Most days are fun and rewarding, but that 10 per cent of rough times comes up as well – like all jobs it can’t all be smiles” but it has been a great experience to work there. Shawn and his wife Jen have three children.

Dylan Holton
General Studies
Dylan released his first single “Weight of the World” in January and followed it up with another single, “Daisy a Day” in February. The former PBA star who came to the college from Nova Scotia moved to the United States to play baseball after his time at Lethbridge College. However, injury sparked a career change and, as his website says, “while baseball may have lost a star, music gained one.” Dylan signed a record deal in the summer of 2014 with producer Bill Bell in Los Angeles and released his first professional album, Jar of Sunshine, this year. He has been performing throughout North America and on cruise ships in the Caribbean, the Mexican Riviera, Hawaii and Alaska. Check out his website for more information: dylanholton.com.

Craig Marshall
Environmental Assessment and Restoration
Craig is the new Executive Director of SEAWA, the South East Alberta Watershed Alliance. In the January newsletter announcing his appointment, Craig wrote: “I am thoroughly looking forward to joining SEAWA and coming back to working with my true passion in environmental science, which has always been the field of biology. As well, I relish the opportunity to continue to develop as an environmental professional and program facilitator. I am very enthusiastic about the objectives of SEAWA and I truly look forward to furthering the mission and vision of the organization.”

Lani (Ledingham) Lupul
Communication Arts
Lani sent this update to the Alumni office: “I’ve worked for Red Deer College since my graduation in 2006, in Marketing, and most recently in the Development and Alumni offices. I’ve taken time for travel, and lived abroad in England for nine months. I’ve enjoyed the creative doors my education ignited for me such as freelancing for magazines and local newspapers, lifestyle photography, and self-publishing my own book. I just got married last summer and now live in the Edmonton area, with my time at RDC drawing to a close. My education at Lethbridge College really opened up a lot of doors for me, and essentially charted my path for the past near 10 years. I have such fond memories of my time in Lethbridge.”

Cody Belter
Multimedia Production
Cody writes: “I worked, managed, and then owned a photography studio from 2007 to 2012. I then founded a media development company in 2011 and am still running it part time. I was a marketing coordinator for a bike shop from 2012 to 2014 and I am now at my dream job as a marketing coordinator for Stranville Group.”

Shaun Roth
Multimedia Design
Shaun, who works as the Effects Supervisor for Double Negative Studios, has recently moved from the company’s London office to its new Vancouver office. Shaun was part of the team who worked on the Academy Award-winning movie, Interstellar, which won the Oscar for “Best Visual Effects.” Shaun was the Effects Technical Director for the film and was primarily focused on creating the black hole. Congratulations to Shaun for helping to bring this award-winning story to life.

Doane Crow Shoe
Business Administration – Accounting
Doane was one of the eight members of the Piikani Nation Council elected in January.

Julie N. Bakko
Nursing
Primary care nurse Julie Bakko, RN, BN, was inducted into the International Nurses Association, a prestigious organization for healthcare professionals. Julie is a primary care nurse with Taber Clinic in Taber. She has over ten years of experience as a primary care nurse, which means she is principally responsible for the nursing care of a given patient, developing and implementing a care plan, collaborating with the patient, the rehabilitation team, and the family, as well as evaluating the outcome of care.

Kelly Macsymic
Communication Arts – Print Journalism
Kelly writes a featured column called “The Saskatchewan Edge” for the Real Estate News Exchange website. She writes: “I started my journey in the small town of Unity, Sask. My grandmother encouraged me to create mock newspapers which I, like any good keener, produced in abundance. My early publication days came to a quick end when I broke the news in one of these homemade papers with word of a surprise birthday party for my grandfather, and proudly presented it to him. Undaunted, I pursued the news bug all the way to Lethbridge College and was gainfully employed for several years in weekly papers in rural Saskatchewan. After a few adventures at the University of Regina and abroad in England, opportunity knocked and I accepted the chance to move to Saskatoon.” She has been working in real estate since then and is involved with Business and Professional Women Saskatoon and volunteers as president of the Holliston Community Association.

Aja Mason
College and University Preparation
Aja Mason writes from Edmonton with an inspiring update: “Way back in 2000, I was 17 and I’d just hitchhiked from Whitehorse, Yukon, to find myself working in a cat litter factory in Lethbridge of all places! After a couple of years of drudgery and hard labour, the need to go back to school was all too apparent. I’d only finished grade eight back in the Yukon and had myself convinced that I’d not much in the way of academic potential. I applied for some basic upgrading courses and found myself deeply drawn to biology and science. In particular, one bio instructor, Kelly Oikawa, encouraged me to “speak to my strengths.” After two years of upgrading, I soon found myself enrolled in a B.Sc. in Neuroscience at the University of Lethbridge. I ended up working in a lab studying cognition throughout my entire undergrad. I later went on to study philosophy at the University of Victoria. Now, I have a pretty amazing career researching the immunological and neurochemical dynamics of malaria here at the University of Alberta in Edmonton. I attribute much of my success to the support and dedication of the upgrading team, the learning centre and the phenomenal teachers at Lethbridge College.”

Glen Friesen
Manufacturing Process Technology
Glen wrote into Wider Horizons with this update: “Currently I am employed at Lethbridge Iron Works as a robot programmer. Yes, I bet most people don’t realize that there are robots living and working right here in Lethbridge...and I get to tell them what to do. I started at Lethiron in July 2004. They were looking for someone who could do CNC programming, and with a recommendation from my former instructors, Braum Barber and Calvin Koskowich, they hired me. I started working with just one robot, and within six or seven months, we went to two robots and to this date we now have six robots that I am in charge of. As you may, know Lethbridge Iron Works is an iron foundry. We manufacture ductile iron castings, mostly for the agriculture, automotive and oil industries. When a casting is made there is always a part line left where the two halves of the mould meet. Up until 2004, these part lines were always ground off by hand grinding, which is a very labour-intensive and somewhat hazardous process. Now with the help of these six robots, up to 60 per cent of the castings made at Lethiron will be ground by a robot. I am very lucky to work for a company that rewards individuals who further their education and every day I remind myself what a good decision I made 18 years ago to go back to college. And better than that, I chose Lethbridge College to further my career in manufacturing. Every day, in some way, shape or form, I use my education.”

Janet Jackson
Criminal Justice – Policing
After graduating from the Criminal Justice bachelor degree program run by the University of Great Falls through the Lethbridge College Distance Learning Centre, Janet has been working for the past 17 years as a detachment clerk for the RCMP, Piikani Nation, in Brocket, Alta.

Kim Herperger
Communication Arts
Kim writes: “After graduating, I worked in corporate communications for about 15 years before starting my own business: Strategic Spark Communications. I provide a full range of communication and PR services to credit unions, co-operative organizations and non-profits.”

Ross Ford
Agriculture
Ross was recently appointed to serve on the Milk River Watershed Council Canada Board of Directors. He is a licensed heavy duty and automotive mechanic and a grain and hay producer on the Canada/U.S. border. Ross has been involved in many boards and organizations throughout the years and and is currently the Reeve with the County of Warner. Ross supports Alberta’s Water for Life Strategy and the development of watershed management plan for the Milk River with a common-sense approach.


Dianne Harder
Communication Arts - Broadcast Journalism
Dianne sent this update to the Alumni office: “After a 30-year career in traditional broadcasting, I am now freelancing. As a communications specialist, my contacts in agriculture and rodeo see that most of my work is in related fields. I do a variety of projects, including reporting, interviewing, writing, TV hosting and emcee work.”

New baby? New job? New hometown? Tell your classmates all about it by emailing WHMagazine@lethbridgecollege.ca. Be sure to include your name, your area of study, the year you completed your program and a little bit about what you have been doing since you left Lethbridge College.