Every spring, as Lethbridge College grads prepare to move from the campus to their new careers, 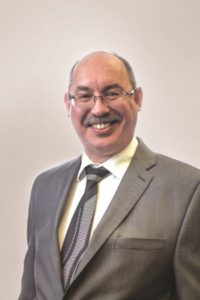 they have inspiring examples to emulate. The four people chosen by Lethbridge College and celebrated on these pages are among the many accomplished alumni who credit their time at Lethbridge College as one of the secrets of their success. By their dedication and excellence, they distinguish themselves and the entire Lethbridge College community. We are proud to call them ours. Here are the 2014 Honouring Excellence award recipients.

Norman Kyle is currently the Manager of Traffic Engineering for the City of Grande Prairie and has been ranked one of the 200 most highly qualified engineering technologists out of 17,000 in the province. Kyle has achieved the highest possible recognition from the Association of Science and Engineering Technology Professionals of Alberta (ASET) in addition to receiving the highest possible recognition from the Association of Professional Engineers and Geoscientists of Alberta. He is committed to his community by serving on the city’s health and safety innovation committees, working as a volunteer in public awareness through the city’s Municipal Government Day annually, chairing the Yellowknife and Grande Prairie Chapters of ASET and serving as the Past President/2nd Vice President of ASET. In addition, he is one of the members of the Leadership Council of Technology Professionals, is a board member for the Road Safety Standing Committee with Transportation Association of Canada, and was the site coordinator for the Caribou Carnival Festival in Yellowknife. “Mr. Norman Kyle is known to his peers in the technology profession as a leader, a visionary, and as a man of great integrity and commitment,” said Barry Cavanaugh, JD, Chief Executive Office and General Counsel (ASET), in his letter nominating Kyle for the award. “He serves as a remarkable example of the caliber of Lethbridge College technology graduates, and is an example to students and the community of what can be achieved with the springboard of the excellent education the college provides.” CAREER VIRTUOSO AWARD: Kirk Elliott • Environmental Assessment and Restoration 2007

After earning his diploma from Lethbridge College, Kirk Elliott began his career at Trace Associates in an entry-level scientist role. Within his almost seven years at the company, he has progressed to environmental scientist and now partner, the youngest in the company’s history. Elliott is a coach and mentor for several of Trace’s junior scientists and is the senior reviewer of detailed site assessments and reclamation certificate applications in Alberta. Elliott’s co-workers and superiors have routinely awarded him Employee of the Month, and he has received international recognition winning Rookie of the Year in 2008 and the President’s Award in both 2010 and 2012. “Kirk is a talented, loyal and committed professional that represents Lethbridge College in a humble, yet outstanding way,” said Darrell J.I. Haight, President and CEO of Trace Associates, in his letter nominating Elliott for the award. Carlene J. Schmidt, Practice Area Lead for Oil and Gas Reclamation at Trace, added that “Kirk is a role model for other employees. He is methodical and diligent and is a huge asset to our industry.” COMMUNITY LEADER AWARD: Jonathan Ruzek • Multimedia Production 2000

A first-generation Canadian, Jonathan was born and raised in Lethbridge. After graduation, he was hired by the college’s marketing and communications office, where he had done his internship as a student, and has worked on several important projects in the last decade. Jonathan is the creator of “Lethbian Love,” a blog that explores the city lovingly known as “Deathbridge,” which has garnered him attention from CBC Radio One, print and social media. He also volunteers for the Canadian Cancer Society’s “Jail-N-Bail” campaign as publicity coordinator, and has fundraised for Movember with Lethbian Love’s “Moustache Mitten” contest. In 2012, he developed three NDP campaign websites. “Not only is Jonathan committed to Lethbridge College, he is committed to supporting the Lethbridge community through his volunteer work with community groups such as the Southern Alberta New Media Association, the Canadian Cancer Society, and his blog promoting Lethbridge, Lethbian Love,” said Brad Young, Communications Officer, Lethbridge School District No.51, in his letter nominating Ruzek for the award. “Jonathan is driven and enthusiastic about his profession and his community.” RISING STAR AWARD: Caitlin Power • Fashion Design and Marketing 2008

Caitlin Power is the founder and creative director of her own label, CAITLIN POWER Designs, which she began immediately after graduating from the college. The renowned tailoring, structure and leather details are a Caitlin Power trademark. Her brand is now carried by multiple boutiques across North America. Her eye for detail and high-end designs have allowed the brand to frequent the pages of magazines such as Elle, Flare, and Fashion, as well as TV programs such as ETalk and CBC. CAITLIN POWER is available internationally and shows twice a year at World MasterCard Fashion Week in Toronto. “What Caitlin has accomplished during her career as a fashion designer at such a young age is nothing short of incredible,” said Deanna Rowley-Brouwer, Instructor, Fashion Design and Marketing at Lethbridge College, in her letter nominating Power for the award. ”Many designers work a lifetime to be able to maintain the status that she currently holds in the Canadian fashion scene. I am continually impressed at Caitlin’s commitment to her goals, work ethic, and amazing attention to precision and detail.” HONORARY DEGREE RECIPIENT: Keith Dys

Keith Dys went straight from the McNally School outside of Lethbridge to full-time work and never had the chance to pursue a post-secondary education. But that didn’t stop the founder and owner of Enercon Water Treatment Ltd. from achieving professional success in a career that took him from journeyman partsman to successful entrepreneur.

Over the years, however, Dys says he had the chance to see and appreciate the different doors that higher education can open for people of all ages. He will be speaking about those opportunities at this year’s Convocation, where he will receive a Bachelor of Applied Arts honorary degree at the April 25 ceremony in the Val Matteotti Gymnasium. He will be the 14th person to receive an honorary degree from Lethbridge College since the recognition was first given in 1986.

Stuart Cullum, Lethbridge College’s vice president academic and chief operating officer, says Dys was an easy choice for this year’s honour. “It was clear to the committee that Keith has shown great loyalty and dedication to the college, especially in his many leadership roles and the various ways that he has participated and contributed over the years,” says Cullum. “Lethbridge College is where it is today because of champions like Keith. We are thankful for his level of commitment.”

The early days of Dys’ career were rocky, Dys says, and he was often broke from the time he left school until the age of 31. His first career change came when he moved from working as a partsman to taking over his father’s sign painting business when his father retired. “It was a disaster,” he recalls with a laugh. “I couldn’t paint a straight line.” Eventually, the business shut down, and in 1976, Dys found himself looking for a new job.

“I had a chance to be interviewed for a job in chemical sales, but the interview was in Calgary,” he says. “I had to borrow money from my mother for the gas to get there.”

He borrowed the money, made the trip and was hired at CEK Manufacturing Ltd., later to become KEM Manufacturing Canada. In that first year, he says he became the first person at the company to earn over $100,000 in commissions. In the following years, he established a water treatment division for the company, teaching himself the business from library books. Within a half dozen years, he was named the national sales manager of Kemtreet.

“Failure wasn’t an option,” he recalls of those early days in business. He kept up with a demanding schedule that had him travelling constantly from coast to coast for more than 14 years, but when the company was purchased by RDI Manufacturing from France in the late 1980s, he started to prepare and make plans for a new chapter.

He and his wife Ellie formed Enercon Water Treatment Ltd. and when the bank foreclosed on RDI in January 1991, they were ready to shift to their own business. Keith and Ellie worked 16-hour days out of their house for the first years. Hard work and planning, he says, paid off.

Over the years, Dys also supported many community organizations, including Lethbridge College. He first volunteered for the college’s Clayton Allan Wine Auction committee and then served as a member and later chair of the Lethbridge College Board of Governors. Seeing the workings of the college up close showed him first hand the ways education can pay off, too. “Education is so important,” he says. “It opens so many more doors.”