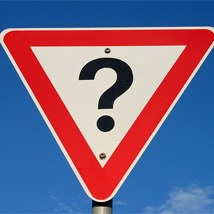 Kristina is a research assistant at a Lethbridge non-profit organization called Farming Smarter. She first worked for the company as a summer student in 2010, between her first and second years at the college, after she saw the job posting through the AgTech program. She was offered a permanent position only a couple of months after she finished her summer job and thoroughly enjoys her work.

After graduation, Nicole worked as a guard at the Saskatoon RCMP Detachment in the holding cells until February 2012. She was accepted to transfer her CJP diploma to Griffith University in Brisbane, Australia, and was in the midst of moving “Down Under” for 18 months to complete her Bachelor of Criminology and Criminal Justice.

Trever is the Executive Director of the Boys & Girls Club of Lethbridge and District, as well as a husband and father of four. His work allows him to make a real difference in the lives of children every day. In addition, he has started running this past year and is training for a half marathon in 2012. His family writes that they are proud of him and that he is a wonderful example of the possibilities and promise of alumni from the college. Trever tells Wider Horizons: “My experience at Lethbridge College gave me the practical knowledge I needed to develop into the business manager I am today.”

Kim works as a communications specialist for Truehope Nutritional Support. He oversees copywriting and managing social media properties, and he edits, designs, and manages Truehope’s print and online newsletters. As part of his program at the college, he took a practicum as a website developer for the University of Lethbridge. That turned into a full-time job where he remained for nine years. After being let go in the spring of 2010, Kim and his wife started a business, Southern Alberta Home Schooling Supplies, which is slowing growing. In addition to his work at Truehope and his home-based business, Kim returned to his studies and hopes to complete his bachelor’s degree at the University of Lethbridge in the spring of 2013.

Shannon writes: “I went to Depot in 1999 and have been in the RCMP since. I was posted out to B.C. and have worked in several different units within the RCMP over the last 11.5 years.”

Ken has been the owner and president of Ken Smith Corral Clearers since 1992. The business is based at High River, AB. Read more about it at www.kscc.ca.

Robert is a community services worker. He returned to his studies in 2009, and has been working towards his social work diploma at Medicine Hat College.

Karen is the Community Program/ Mentorship Coordinator in Athabasca for Family and Community Support Services. After her graduation from the college, she worked in Hinton at the recreation department for the summer and got to know the Family and Community Support Services director there, who gave her an application to apply for the job in Athabasca. She has now been with this program since 1980. “It is a terrific program that has allowed me to work in the many areas of prevention,” she writes. Karen is hoping to reconnect with some of the people she went to school with.

Richard worked for the Alberta Solicitor General in Corrections as a Probation/ Parole Officer from 1982 to 1989 and then for the Royal Canadian Mounted Police from 1989 to 2010. He retired from the RCMP in September 2010 and started working as a part-time instructor in Criminal Justice-Policing at Lethbridge College in September 2011. In 2011, he received the “Community Leader” award from Lethbridge College.

Robert worked as an employment standards officer and manager for the provincial government for 31.5 years. He has been enjoying retirement since 2009.