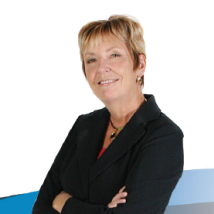 There’s more than meets the eye when it comes to small towns (and small colleges). At first glance, it’s easy to think that not much is going on in a small community.

This issue of Wider Horizons focuses on the global nature of our college community and highlights the people who come from other places to call Lethbridge home (and perhaps stay longer than planned). It also showcases those who have left Lethbridge to take their passions and potential to towns and cities around the globe.

You will read profiles of alumni who have used the knowledge and experience they learned at the college and rocketed off to cities around the world doing a variety of interesting and important jobs. Shaun Roth took a teen’s love of videogames and channelled that into a career as a 3-D graphic designer in London, England. Drew Donovan combined the skills he obtained in business administration with those he gained on the job as a Toronto police officer to travel around the world – 80 countries and counting – most recently with a United Nations security organization in Switzerland. Krista Albers transformed her passion for marketing into study opportunities in Ecuador, Australia and the Netherlands and is finishing up an internship at the Canadian Embassy in The Hague. And Scott Greer transformed his wanderlust into a career teaching English in China after earning his degree in Communication Arts/Broadcast journalism.

You will also find the stories of some of the students from 48 countries who come to the college to study as well as some of the college students who go out to spend a semester or more learning in another country. You can read all about our new Intercultural Club created by students and even find a delicious international recipe inside (with links to a video of the culinary program's Chef Jamie Williams showing how to prepare it).

Our regular features are here, too – including a fun peek inside the office of Tool Room manager Bill Burch – as well as photos and news from the whirlwind BMO 2012 CCAA Women’s Basketball National Championship tournament we hosted in March.

Like the small towns many of us know and love, there is much more happening at Lethbridge College than an outsider might see at first glance. Enjoy this issue of Wider Horizons that highlights some of the adventurous people and interesting places where our students and alumni live and work – whether it’s Down Under (where recent grads Andrew Hemmerling and Brent Fikowski headed in February) or down the street.