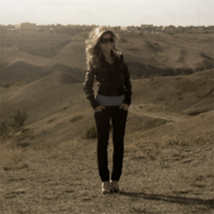 Krista Albers has been on the move since birth – literally. She took her first international flight when she was just 10 days old, heading from southern Alberta to the Netherlands. She would take that trip many times in her life as her family moved from Alberta to Europe and back again, and it would prepare her for other trips to study and work in Ecuador, Australia, Spain and the Netherlands.

Today, Albers (Business Administration/Marketing ’06) is living a life where she is at ease most places in the world. With skills she learned during her two years at Lethbridge College, she has just finished up a dual Master’s program where she studied in Sydney, Rotterdam and Barcelona. She also recently completed a Trade Investment Internship at The Canadian Embassy to the Netherlands. She is an alumna who is not just on the verge of going places – chances are she’s already been there and left her mark.

“She really just amazes me,” says Lethbridge College marketing instructor John Russell (Business Administration, 1985). “Every time I get an email or blog update from her, it’s so impressive. She is constantly working hard and going places. What she has experienced in the years since she left the college – it’s just incredible.”

Albers was finishing up high school in Vauxhall in 2004 when she decided, quite deliberately, to attend Lethbridge College. “Lethbridge College allowed me to take relevant business courses right from the start,” she says. “And the 2+2 program allowed me to obtain two areas of specialization rather than one – Marketing at the college and International Management at the University of Lethbridge.”

Albers remembers her years at Lethbridge College vividly. Thinking she would like to study marketing, she found herself in Russell’s Introduction to Marketing class that first semester. He would end up being one of those teachers who made a real difference “His classes were always interesting since the material was current and students could relate to it,” she says. “And they were constructed so you remember the content – the next week and even years after graduating.”

“She was always really positive and very hard working – tenacious,” says Russell. “And she got along so well with the rest of her classmates.” Russell remembers that while most students chose to work with the same small group of students for the various case studies and group projects throughout the semester, Albers was always moving from group to group. He says she worked well with all of her classmates and learned from all of them as she went along.

Albers has found that she draws on the lessons learned at the college throughout all of her additional studies and work.

“The education I received at the college – and specifically the marketing program – has continuously been a point of reference for me during my six years of post-secondary education,” she says. “It was the ultimate framework to prepare me for and foster my bachelor and graduate studies.”

Albers was last in Lethbridge in the summer of 2011. She took the chance to catch up with friends, family and the Lethbridge College community as she transitioned from one part of her master’s program – a Master of Management at the University of Sydney to the other – a Master of Science of International Management CEMS (Community of European Management Schools, a program that allows students to study each semester in a different country).

As she looks to the future, she says she’d like to work for a company that she feels some kind of affinity for “so that there is also an element of passion present.” She adds that such an employer could be a small, private company or a large multinational organization. She also has considered starting some kind of business of her own. There are so many choices, so many countries, so many languages, and so much opportunity. At this point in her life, it all looks good.

But wherever she goes, Albers says her Lethbridge College experiences accompany her as closely as her well-stamped passport. She especially appreciated the practical opportunities – field trips, projects and working with actual clients – she had to work while studying marketing.

This certainly provided a solid perspective of real-world dynamics,” she says. “Many skills – including soft-skills – that I acquired at the college were imperative for my graduate studies, which have led me to where I am now. Earlier this year I was also a marketing intern for a new start-up company – which is an internship I never would have applied to if I hadn’t done the marketing program at the college.”

Albers credits many experiences for her success – her travels, her time living in different countries, her knowledge of several languages, and even that first trip as a newborn. “I’m convinced it all started then!” she says with a smile. All of these experiences together, including her time at Lethbridge College, contribute to her excitement to experience life – wherever in the world she happens to be.