By their dedication and excellence, they distinguish themselves and the entire Lethbridge College community. We are proud to call them ours. Here are the 2012 Distinguished Alumni Award recipients. 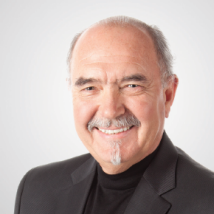 This year’s Distinguished Alumnus, Steve Meszaros, was born to parents who had fled from the Hungarian Revolution of 1956 and came to Canada with hopes of building a better life. Their son, who is being recognized with the college’s most prestigious alumni award, has done just that, establishing one of the region’s most successful and sustainable businesses, nurturing the training and development of young trades people, and giving back to the community in many public and behind-the-scenes ways.

He started working as a real estate agent and has, in one way or another, kept active in the business of helping people find homes for the past 34 years. In 1995, Meszaros and partners founded Avonlea Homes, which today is known for its commitment to environmentally friendly and energy efficient components and designs. He remains one of the two partners in the company, and has seen the business grow to branches in Medicine Hat and Grande Prairie. The company has picked up many awards along the way, including being named repeatedly as the number one home builder in Lethbridge.

“Steve has shown a true commitment and excellence to his career, the beginnings of which started with his education at Lethbridge College,” says John Wickey, co-owner of Avonlea Homes, in a letter of support for this award.

Among the charities that Meszaros and Avonlea support are STARS, the Canadian Cancer Society, the Boys and Girls Club, Harbour House, Lethbridge College and more. He is also actively involved in other community initiatives behind the scenes, committed to helping out without recognition.

Meszaros has always been proud of his Hungarian heritage and has travelled to Hungary many times. In 2007, he sponsored his cousin’s son, Tamas “Tom” Virag, to come from Hungary to Canada. Tom chose Lethbridge College’s International Student program and graduated from the Business Administration program in 2010.

As Ken Bateman wrote in his letter nominating Meszaros for this award, “Steve speaks fondly of his time at Lethbridge College and continues to support the education process the college granted him.” Bateman added that the very nature of home building means that Meszaros and Avonlea are major employers of the journeyman trades people who study at the college.

“Steve’s career in the real estate and home building business is truly remarkable,” says Lethbridge College President and CEO Tracy L. Edwards. “He has proven to be a leader and supporter of not only Lethbridge College, but Lethbridge and its surrounding communities. It is people like Steve who truly make a difference.” 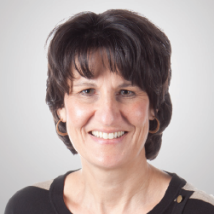 For her success in the design, delivery and leadership of emergency care services in southern Alberta, Lethbridge College has selected alumna Diane (Irvine) Shanks for the “Career Virtuoso Award.”

Shanks graduated from nursing at Lethbridge College in 1981 and went to work in the Emergency Department of St. Michael’s Hospital. In 1989, she became the manager of the Emergency Department at the newly opened Lethbridge Regional Hospital and became the Emergency Critical Care Director in 1992. Two years later, she led the regionalization of emergency services in the former Chinook Health Region, and through it all, her colleagues say, she worked with extremely high standards and was always dedicated to putting the needs of patients first.

“Diane is an extremely dedicated, gifted nurse and administrator,” says Dr. Vanessa Maclean, South Zone Medical Director of Alberta Health Services. “She is a leader in her field.”

Shanks has been praised for her leadership of emergency care personnel in Taber and Lethbridge following the Taber High School shooting in 1999. More recently, she successfully led an initiative to decrease wait times in the emergency room, which has improved the flow of patients and resulted in the shortest emergency department waits in the province. Her work in this regard was noted in a February 2010 article in Maclean’s magazine where the chair of the Health Quality Council of Alberta noted “Chinook’s getting better and the province is getting worse.”

Howard Snodgrass, executive director of the provincial air ambulance and EMS south zone operations, calls Shanks a credit to her profession and praises her “‘patient-first’ collaborative leadership and personal humility.” 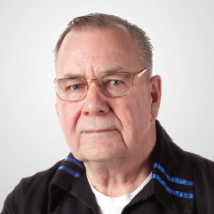 For his motivation, dedication, leadership and initiative, for his success in collaborative projects, and for his work for and with Alberta youth, Lethbridge College alumnus Roderick McLeod will receive this year’s Community Leader Award.

“Rod McLeod is a man of great integrity who is extremely dedicated in putting his own time and commitment into several organizations within the City of Lethbridge,” says Shanda Venier, Aboriginal Academic Advisor at Lethbridge College.

In addition to working at Family Ties Association, where at 75 he has been recognized as the oldest Child and Youth Care worker in the city, McLeod is also a foster parent and has been a Métis Elder for the Métis Local 2003 for more than 10 years. He is also called upon as an Elder for the First Nations Métis Inuit cultural support program at Lethbridge College and advises students on campus and by phone as needed.

While working with McLeod, Ian Thumlert of the Family Ties Association says he “came to appreciate the value of his knowledge of history and his ability to use this knowledge to form effective relationships with youth and family. In addition, his enthusiasm and dedication for work became evident.”

Guy L’Heureux, (Conservation Enforcement ‘76) president for Local 2003, Métis Nation of Alberta, notes that McLeod has also created a large collection of Métis books, pictures, and other items that he shares in presentations at local classrooms and community events.

Thumlert concludes that “This man, quite simply, makes a significant contribution to our community and beyond.”