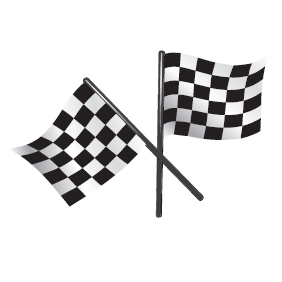 Calin Yablonski finally has a career with top-drawer clients; his socks can rest easy at home.

Calin Yablonski figured once he left Lethbridge College with a Communication Arts diploma to wrap around his considerable talents, the advertising world would drop dead at his feet. At 22, the young alumnus had earned top grades in his studies, won the admiration of his instructors, and was well-prepared to meet the challenge head on as he saddled up his career and rode into Calgary astride a string of successes.

I figured I’d be welcomed with open arms,” says Yablonski, who graduated in 2007 from the program’s Advertising/Public Relations major. “That wasn’t the case.”

Oh, he found work, all right, and it was in his field. But the advertising business in Cowtown, if it wasn’t already under attack, was about to get creamed by the recession. Layoffs were a-comin’ and, in 2009, he became an unemployment casualty, losing his job as a graphic designer.

“Layoffs were happening left and right,” says Yablonski. “I figured I’d either have to find a job or go it on my own. When I was laid off, I was in an intermediate position and with all the senior people in the marketplace, I knew my chances weren’t great at finding a job. I never want anyone to have that much control over my life again.”

So, he started freelancing his graphic design skills. While once he managed five major brands for a Calgary home building centre, Yablonski was now picking up $60 cheques from stay-at-home moms who required branding for their home businesses.

“I was feeding on the scraps,” he says now. “So I went to SAIT and earned a webmaster’s design certificate, taking classes four nights a week while I freelanced during the day. I saw it as an opportunity to get into the web-design field.”

Newfound success forced him to move his base of operations to more spacious surroundings.

“I moved out of my bedroom and into the kitchen. That was a big step for me.”

With his empire now spread across the kitchen table, Yablonski took on a friend as a co-employee and scored his first major client, his hometown of Wadena, Sask. The town required a website, a task right in his wheelhouse. Then along came George Canyon, Canadian country music star and another website score.

“That was massive for us, landing a high-profile entertainer” says Yablonski. “It allowed me to move from my kitchen to a second bedroom.”

His portfolio was expanding. Industrial companies started calling wanting to pump up their web presences, and so did other agencies who fed him contract work. He did the branding for a Suncor internal education package after the firm’s merger with Petro-Canada, helped rebrand Suncor, and worked on the campaign concept for the Atlanta Thrashers of the National Hockey League.

By the fall of 2010, Yablonski could concentrate on website design and online marketing. With 10 solid clients on which he could count monthly, he decided to find an office that didn’t include a waffle iron or dirty socks. Now in a proper office two blocks from Chinook Centre mall, Yablonski has formed a partnership with a strategic public relations planner; Calin Daniel (calindaniel.com) is now a full-service agency.

“I wake up each morning knowing I’m going to my office and my clients,” he says. “Two years ago, I was sitting in my bedroom wondering what I was going to do.”

In his two years at Lethbridge College, Yablonski learned a lot about the advertising and public relations business. But there was a greater truth he took with him upon graduation: “A work ethic. Working hands on with The Endeavour and Expressions (weekly student newspaper and annual student magazine, respectively) gave me confidence. I knew I couldn’t successfully operate my own business working eight hours a day.”

A funny thing happened to Doug Mutai on his way to a Business Administration diploma. Now, he’s got everyone else laughing.

Stop us if you’ve heard this one: a Lethbridge College Business Administration grad, a Kodiaks cross-country runner and a Kenyan go into a bar. It’s a great first line of a joke, even better first line of a great career.

Doug Mutai is the business grad, the Kodiaks athlete and the Kenyan, now transplanted in the Alberta prairie, nurturing his career as a stand-up comic, working his act from Lethbridge’s Cudos Lounge to Calgary’s Yuk-Yuk’s, gaining confidence, getting his name out there beyond the spotlights, working his material in lightly accented, letter-perfect English, following the path he set for himself two years ago while still a student.

This career, he says, has been a long time coming. In Kenya, he began developing a stage presence early, reading poetry at Kenyan National Drama festivals, directing plays and removing any self-doubt about what he wanted to do.

“It took me two years to figure out the Canadian culture, but the idea has always been there just waiting.” says Mutai, the afternoon of a performance at Cudos. “The Business Administration program taught me the business side I needed to market myself. After all, comedy is a product; I’m just marketing my product like anyone else.”

In Kenya, Mutai says he might still be a funny guy, but stand-up comedy is still in its infancy in the nightspots of Nairobi. During his time in Canada, he’s found the national funny bone.

“Canadians seem to be able to laugh at themselves,” he says. “They enjoy hearing the observations of someone from outside.”

Mutai came to Canada recruited to run; he was a key member of the Kodiaks national-champion cross-country team, one of the many Kenyans who have raised Lethbridge College to prominence in the sport. But running was secondary to a diploma and whatever opportunities it could bring him after graduation. Mutai graduated in 2010, already a known performer after playing a Lethbridge College employee function and garnering laughter.

“There are better opportunities in Canada, and if you know it’s going to work out, it’s easier to make the transition,” he says. It would be harder for a Canadian to transition to Kenya.”

He uses ethnic-based material in his routines, although there is much more. He finds the differences between the two countries’ cultures rich with possibility. His family, he says, are supportive of his decision. While he misses them, he knows they’re pulling for him to succeed, just as they did when he took to the stage in Kenya.

“I’m using transferable skills,” he says. “It’s a different genre, but after years of stage presence, I’m comfortable on a stage.”

Mutai admires Russell Peters, the Canadian comedian born of Indian heritage with the deft touch for working the edges of ethnic humour without offending sensibilities, and Dave Merheje’s aggressive style of delivery and stage persona.

He’s found Albertan audiences extremely welcoming, which he admits sometimes overwhelms him. He allows for movement in his routines and finds the aspect of stand-up to be liberating, unlike the confines of a stage play’s lines. And, unlike the routes he ran as a Kodiaks athlete, this latest race has no finish line.

“I want to take this as far as I can go,” says Mutai of his comedy career. “At least I’ll know I gave it my best. It’s one step at a time.”

For Mutai, the “Kenyadian” business grad, life is one big playground zone, and it’s full speed ahead.

McKenzie Kehoe’s fashion designs are walking down the aisle.

For three years after graduation from Lethbridge College, the road to McKenzie Kehoe’s dream of owning her own fashion business ran between tables at the Shark Club.

In fact, Kehoe (Fashion Design and Merchandising ’05) also worked at the former Madhatter’s and the Calgary Stampede to pay the bills while she and her mother, Shannon Wolskyj, carefully nurtured their bridal business.

Looking back, however, Kehoe agrees she’s reached every goal she’s set for herself and the days of serving drinks are reserved for celebrations at McBride & Groom, the wedding shop she and her mother have operated for four years.

“I’ve done everything I’ve wanted to do; everything has fallen into place,” she says. “I hope it continues. I’m living my dream.”

The dream started in Grade 11 when Kehoe developed a desire to be a fashion designer. But she was wary of jumping into the program at Lethbridge College for fear she might not land a job in such a finicky business.

“It’s hit and miss, and I wasn’t sure I’d find work. I thought of taking nursing for financial stability. But I wanted to pursue the dream. In three years, she earned her diploma and degree and set off for a fourth year of study in Milan, Italy, and a specialized degree in “intimates.”

“I wanted to work with fragile fabrics and laces,” says Kehoe. “I love working in formal wear, not casual wear. I like a challenge; if I’m going to work on a project, I want it to be something substantial.”

She once considered working for a major fashion house, and was on their doorsteps in Milan. But she found Italy far less friendly than her home country and let go that one part of the dream.

In between those shifts in Lethbridge bars, Kehoe designed wedding dresses while her mother, a 12-year veteran of the wedding industry, ran the decorating and consulting side of McBride & Groom.

With the business flourishing, mother and daughter are considering their own, yet similar, paths. Kehoe wants to move her business to the Okanagan or Vancouver, while Wolskyj is aiming at Calgary, both retaining the McBride & Groom name.

Her advice for those thinking of a career in fashion design is to specialize early.

“Narrow the focus to menswear or casual wear when you’re starting out; you can broaden your scope later. And remember, sometimes it’s hard to keep going. You might not see the money coming in at the beginning. It’s important, too, to get your name out there.”

Kehoe says her studies at Lethbridge College were invaluable for what she had in mind, from industrial sewing and pattern development to accounting and factory management.

“It’s a great program and you can do a lot with it,” she says. “It’s been awhile since I was in it, but I still hear lots of good things.”