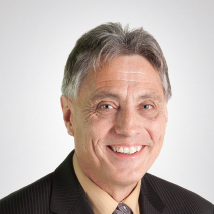 His voice has long been the sound of news in Lethbridge and throughout southern Alberta. He is a mainstay of reporting integrity and community connectivity. For his dedication to his craft and achieving a high level of career excellence, Terry Vogt is Lethbridge College’s Distinguished Alumnus for 2011.

Vogt’s nominators use words such as trusted, humble and generous, forthright, compassionate and respected. All these adjectives, like the stories to which he’s treated viewers across the region on CTV’s CFCN in Lethbridge almost daily for more than 30 years, are accurate.

They tell of a Lethbridge College grad who could have taken his talents anywhere, named his choice of locale, and flourished in the brighter lights far from his home community. They write of the man they know with a passionate persuasion, a reflection, perhaps of their subject himself.

“I have spent nearly 40 years of my life telling stories,” says Vogt. “To be recognized for that is both exciting and humbling. But I feel that I need to share this award with all those people who have welcomed me into their lives, freely sharing their concerns, insights, frustrations and joys.”

Whether on the trail of a hot story, volunteering with his church, nurturing the career hopes of Broadcast Journalism students, or staring down pucks as his team’s goalie, Vogt does all things with grace, humility, fairness and dedication. He is unswerving in ensuring his reports are factual and informative.

His low-key approach conveys integrity, despite the cameras and the cult of personality.

Raised in Picture Butte, Vogt never strayed far from his prairie roots, but his reputation has travelled far and wide. He has won numerous awards, the most honoured among them the Ron Laidlaw Award from the Radio-Television News Directors Association of Canada for best continuing coverage.

Vogt remains connected to Lethbridge College through the mentoring of practicum students and has, in the past, taught in the Broadcast Journalism program and been a member of the Communication Arts Advisory Committee, helping to ensure it remains of the highest calibre. He is, by his example, one of the program’s best ambassadors.

“My career really began at Lethbridge College, where I received the basic knowledge and tools to break into broadcasting,” says Vogt.

“It’s important to stay connected to the college, so you can keep up with advances and changes in the industry. Lethbridge ollege is always looking ahead, so students are prepared to meet the demands of an ever-evolving workforce. The college also offers a link to our next generation of announcers and broadcasters.” 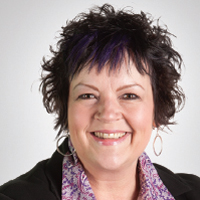 Her words have been read by a generation of southern Alberta newspaper readers, describing, decoding and disseminating information on issues affecting their lives and their communities. For her balanced, compassionate reporting of the daily life of the community, Sherri Gallant is Lethbridge College’s Career Virtuoso Award recipient for 2011.

Gallant has, in her lengthy career with the Lethbridge Herald, covered virtually all 24 hours in a southern Alberta day. She accomplished this, and established her reputation, by weaving empathy and education throughout her stories. She ensured her coverage included an aspect of explanation, and felt her work was incomplete unless her readers had come away with a greater understanding of the situation.

“When I heard I’d won the Career Virtuoso Award, I got an instant lump in my throat,” she says. “I truly felt honoured and proud.”

Gallant has always searched for the human aspect of her subjects, whether covering education, politics, health issues or any one of several topics she’s unravelled for readers.

“The college gave me the skills to go out and be a reporter. To be recognized years later as someone who’s enjoyed a successful career, without leaving Lethbridge, is icing. From the moment I enrolled there, everything began to change for me.” 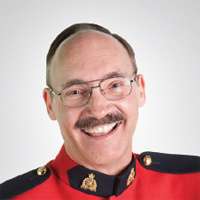 In civilian clothes now, he will long be recognized as a peace officer who served with compassion wherever he was posted. For leaving the communities in which he served better for his time in them, retired RCMP constable Richard Huculiak is Lethbridge College’s Community Leader Award recipient for 2011.

Transferred to Wetaskiwin in 2004, in the 15th year of his service with the force, Huculiak was assigned the following year to assist in creating a cadet corps of Hobbema children to help ease gang violence in the First Nations community.

“Knowing the number of alumni who would be nominated, and my absence from the Lethbridge area for more than 21 years, I’m honoured to receive this award,” he says.

Huculiak has given much of himself through his vision and mission to work with young people in the communities he policed. 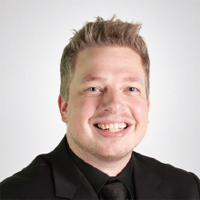 Why are the good ones always taken? Snapped up by an employer while still wearing his grad gown, Bram Timmer is still rocketing skyward and is Lethbridge College’s Rising Star for 2011.

He has, in less than seven years, become an accomplished graphic designer, art director and photographer associated with an alphabet of brands including Applebee’s, Bombardier, the Canadian Football League and more.

Bram’s clients include enough A-list companies to make him a sought-after designer. But he’s also volunteered his expertise to aiding groups such as Habitat for Humanity and others.

He has given his talents to print and web work at events in Amsterdam, Seoul, San Francisco, Hollywood, New York and Toronto. Somehow, Lethbridge College kept calling him back.

“After guest lecturing at the college in 2009, I realized many of my old instructors were still lingering in the hallways and cracking the same jokes; it felt as if time stood still here.”

“My best advice to students would be to learn a small base to begin with; don’t let yourself get engulfed in one direction.”