A group of Lethbridge College students went to Ecuador to learn its culture, meet its people, 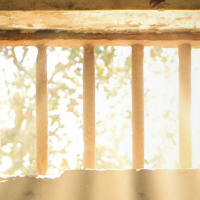 sample its cuisine and do a little jail time.

Up until last year, Lisa Barnett was not what you’d call a world traveller.

“I had never been outside of Alberta or on a plane before,” says Barnett now.

How she wound up in an Ecuadorean prison is a tale that could only have begun at Lethbridge College.

“It was a real learning experience for me,” says the fourth-year Correctional Studies applied-degree student from Calgary.

Barnett and six classmates, accompanied by instructor Earl Nilsson and Gisella Suescum, a Lethbridge-based probation officer and 2008 grad, toured several correctional facilities in the South American country, discovering their stark differences from prisons in Canada. As some of them reunite to describe their trip, it’s obvious the journey made an impact.

“Like ours, they’re overcrowded, only much more so,” says Sandra Wirsch, also from Calgary and in her fourth year.

“They’re housed four to a cell. Children are allowed to stay with their mothers in prison until they’re five, then they’re sent to an orphanage. It’s a touching situation.”

The Canadian women, who raised the money for the trip themselves, were apprehensive about their first prison tour. As Nilsson describes it, the building, unlike most correctional facilities in Canada that sit apart from mainstream life, was found by navigating narrow downtown streets.

“Suddenly, you’re there without warning,” says Nilsson, former assistant director of the Lethbridge Correctional Centre. “All you see are the high walls; there’s no signs explaining you’re approaching a prison.”

The city was Guayaquil, Suescum’s hometown and, at 3.3 million people, Ecuador’s largest and the country’s major port. She made a first-rate interpreter and tour guide.

“It was interesting for me because I got to see Ecuador from a Canadian perspective,” she says.

Inside the walls, the students found conditions eye-popping. The majority of inmates were serving time for drug offences, mostly for trafficking. A few foreign prisoners were housed separately, and, say the students, seemed to be treated more harshly than the native Ecuadoreans.

One woman, from Vietnam, knew neither Spanish nor English and could communicate with no one, a hard existence when you’re serving eight, 16 or 25 years, the three levels of sentencing for drug infractions in Ecuador.

With the world’s 125th-ranked personal GDP, (Canada’s is 22nd) Ecuador has little extra cash for prison reform. At $1 per diem for each inmate, meals are spartan. Inmates must purchase their own mattresses and linens. Washing is done in their cells, and hung to dry there as well.

As many don’t have families outside to help them buy these necessities, many turn to other means to obtain the necessary cash.

“One day a week, they’re allowed conjugal visits,” says Wirsch. “But many use visitors’ day to prostitute themselves to raise money. That can buy them coffee for a week. Wardens and guards also sleep with the inmates.”

The students had a chance to visit one of the orphanages housing the children of inmates. They brought soccer balls and Frisbees for the kids, played with them and tucked them into bed.

“It was a very emotional experience,” says Melissa Luthje, from Chauvin near Lloydminster, who has since switched programs to Therapeutic Recreation – Gerontology. “One little girl asked us if we had visited the prison. She said ‘my mom lives there.’ She has no father. It’s so sad.”

On another excursion to a facility for men, built for 2,000 but housing twice that, the enormity of his responsibility hit home to Nilsson.

“Here I was leading five young female students into the bowels of a men’s prison with only one guard as an escort,” he says. “There were inmates in the hallways and no glass in the windows. The students weren’t scared, but I was thinking ‘what have I done?’”

As it turns out, Nilsson need not have worried. Once the inmates knew the students’ purpose for the visit, they acted like gentlemen.

For most inmates, access to lawyers is financially unattainable. Instead, they receive legal advice from students in the law faculty of a local university. If the wheels of justice move slowly in Canada, the tires are flat in Ecuador. Inmates, says Suescum, can wait years to have their cases heard in court, meanwhile incarcerated on remand. And remand time does not count towards their ultimate sentences. The fastest way to get before a judge is to bribe someone.

“They’re trying to be progressive,” says Nilsson. “But they have a limited budget. We visited a halfway house where inmates do their own cooking. We all dug into our wallets to help them buy cooking utensils.”

Volunteers help educate inmates with some trades training and with literacy. Training is not funded by the government and tools are rudimentary.

The students also discovered a vast difference between universities in Ecuador and Canada. Public institutions provide free tuition (gasp), but at a cost. Professors often photocopy texts, out of financial reach for most students. A “library” might consist of a row of books behind a locked screen; students are not allowed to check them out.

At the other end of the spectrum, private universities educate the rich and famous, where one subject alone can cost $7,000 a semester. Because of their high-class clientele, these schools are secured to discourage kidnapping. Inside the one the Canadian women visited, students enjoy leather chairs, indoor pools, sports and fitness facilities and state-of-the-art equipment. All of that might make it sound much like Lethbridge College, if it weren’t for the marble floors and other decadent trappings.

Back home, the students know they’ve experienced something special; Nilsson is proud of the way they handled themselves under some different circumstances.

“They went wanting to learn and grow and be more understanding of other cultures,” he says. “They interacted with the local people, ate whatever was offered and were just down-to-earth Canadian kids. They were excellent ambassadors for Lethbridge College and Canada.”

All have their careers on the boil. Wirsch is in her practicum year with the Lethbridge probation office, working with Suescum. Luthje hopes to become a recreational specialist working with young offenders in a youth-camp setting. Barnett wants to work in corrections in a canine unit. The group’s only non-traveller, she also intends to take more trips.