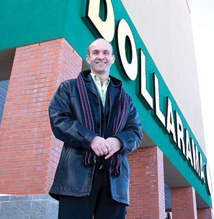 Regardless of the weather during the May long weekend, Homecoming ’08 can count on the PBA to “bring the heat.”

The Prairie Baseball Academy will host the Spitz Canadian College championship tournament again this year, moving it slightly to coincide with the festivities on campus and furthering the relationship between academy and college.

Teams will be arriving from the University of Calgary and three B.C. colleges: Kwantlan (Surrey), Malaspina (Nanaimo) and Thompson Rivers (Kamloops). They’ll take on the hometown Dawgs from May 15 to 17 at Henderson Stadium and Lloyd Nolan Yard.

PBA President Glenn Secretan, an instructor at Lethbridge College, says the league is pumped about its role in the weekend’s celebration, and is planning its annual homecoming to coincide. PBA alumni are expected to attend from such diverse locales as the Czech Republic, Holland, Australia and throughout the United States. “Because of the strong academic link between the PBA and the college, most of our alumni are college alumni too,” says Secretan.

All PBA players are required to be full-time, post-secondary students and maintain a GPA of 2.0. Fall below that, and players lose their scholarships and their places on the team. Stay above that, and they’ll have an excellent chance to obtain a further scholarship to an American Division I or II university once their two years in the PBA are complete.

Secretan is proud of the PBA’s scholastic record: of those sent to the U.S. during its 13 years, very few have come back, unlike those who make the jump directly from high school to university baseball. Of the 51 who started the program last year, 49 are still with it.

“It can be a real culture shock,” says Secretan, also the PBA’s academic advisor. “We ease that shock by showing them what it’s like to play baseball and keep up an academic record. When they head south, we match them to the right institution to ensure their success.” While the majority of PBA players are Canadians, others have come from the U.S., Japan and Saudi Arabia.

The championship weekend will include a pancake breakfast, homerun derby and featured games at 7 p.m. each day involving the Dawgs. For more information, check the PBA website at www.prairiebaseball.ca.

Few coffee drinkers in Lethbridge can order a “skinny cinnamon dolce latte” faster – or with more aplomb – than Ted Scholten. Chances are, the Lethbridge College alumnus (Business Administration ’87) has memorized most of the menu and can explain the linguistically exotic sizes, too.

But then, being the fellow who developed the city’s third Starbucks and first Running Room, on Mayor Magrath Drive, Scholten has a decidedly unfair advantage: when he takes on a project, he immerses himself in the details. He’s busy lad, but when he noticed the billboard advertising Lethbridge College’s Homecoming ’08, he took the time to update his information with Sandra Dufresne, Lethbridge College’s alumni co-ordinator and, bonus, scored tickets to Tom Cochrane. He’ll be at the Enmax when the Canadian legend takes the stage at the Homecoming ’08 finale May 18. Chances are his wife Debbie (Nursing ’85) will be in the next seat.

Scholten is another “lost alum” now found and reconnected to the college. There are many others out there, former students who gained their sea legs on campus and sailed on to successful careers.

“I needed that diploma,” says Scholten, between sips of a favourite, frothy Starbucks creation. “There was nothing out there for me but minimum-wage jobs. Once I graduated, all sorts of opportunities opened up.”

Granum born and bred, Scholten moved to Lethbridge to attend college and never left. After early post-grad jobs, he entered the world of property management at Centre Village Mall. “There I was, the new mall property manager, and Sears had just pulled out and I was now in charge of refilling it,” says Scholten. “I was a management rookie, with little more than the knowledge I had gained at Lethbridge College.” Something must have worked, though: under Scholten’s guidance, the mall was repeatedly redeveloped, each time strengthened by new clients he lured to the location. In 1997, he added the West Village Mall to his portfolio. Today he’s busy developing the old Catelli building, a project of renovation, not demolition.

Scholten sits on the Lethbridge College Business Administration advisory board to keep the program relevant to industry.

“What I got was a two-year program crammed with practical knowledge,” he says of his time at the college. “I obtained accounting skills and an understanding of economics. There was also a strong focus on preparation, presentation and resumes that many people take for granted. It gave me the skills I needed to make a good living.”