On June 11, at the age of 91, Georgia Green Fooks added -30- to the last page of her life story and headed off to paradise. I can just see her up there, grilling history’s most famous characters – holding their feet to the fire, so to speak.

For the uninitiated, -30- is a journalism mark that indicates the end of a story or press release. It’s one of a slew of editing symbols that Georgia taught gobs of wanna-be reporters during her 23 years as a Communications Arts instructor at Lethbridge College. Those editing skills, along with Caps and Spelling, Canadian Press style, the five Ws and the inverted pyramid are essential to the trade, but I daresay other lessons she imparted have had a more lasting effect on yours truly.

I was there from 1984 to 1986. Georgia was publisher of the student newspaper, The Endeavour, and she was an almost stereotypical, tough-as-nails editor. She could type faster than anyone I’ve ever seen. The first time I saw her writing in our little newsroom I stopped and stared. “Sherri,” she said. “Go away.” Wow, I thought. This woman is something.

She promised every new crop of students a steak dinner for the whole class in the event they could produce a flawless issue of The Endeavour. As far as I know she never had to make good on it, but it was an ingenious motivator. She held periodic “pressure days” where we were given a scenario and a source and one hour to type up the story (on typewriters, for goodness sakes) on sheets of yellow copy paper. Man, I loved those days.

Georgia took me aside when she learned I was a single mother and said, “Sherri, no one will cut you any slack just because you have kids. It’s a competitive world out there and you’d better be ready for the hours and the pressure like anyone else . . . or you won’t last.” I am grateful to this day for that unvarnished advice.

Georgia’s diverse experience in media, her character and work ethic helped build the foundation for a communications program with an enviable national reputation. Many of her students have gone on to make names for themselves in the media. Some have become successful novelists. Alumni I talk to all remember her with fondness and respect. In the end, people remember how you made them feel. Georgia made me feel capable.

The college was just one piece of an abundant life. Her cornerstone was her beloved husband, Norm, and their children and grandkids, and she loved to talk about them. She was an active volunteer, wrote more than a dozen history books and served on many local boards. She was a faithful member of her church. She won numerous awards and many hearts.

Once, I made her laugh so hard she snorted. I love that memory.

Sherri Gallant is a 1986 graduate of Lethbridge College’s Communications Arts program, and received the college’s Career Virtuoso award in 2011. She currently works as a senior communications advisor with Alberta Health Services. 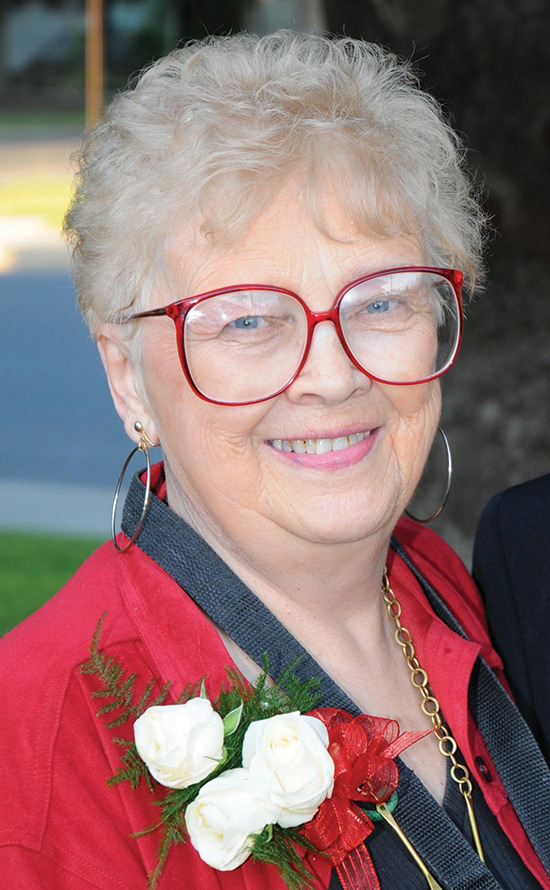