One of the most dominant athletes to ever don Lethbridge College Kodiaks colours has earned her way to the Canadian Collegiate Athletic Association (CCAA) Hall of Fame. Laurie Hockridge, a women’s basketball star from 1987 to 1990, was inducted in the athlete category at a ceremony in June in Calgary.

“The opportunities to play against amazing players is what makes the ACAC and CCAA incredible,” says Hockridge. “Having an amazing coach in Johnny J and the talented ladies that I called my teammates made it all worth it. I couldn’t have done what I did without them.”

Hockridge led the ACAC in scoring in both 1988-89 and 1989- 90 and her remarkable shooting percentage of 64.5 from her final season with the Kodiaks is an ACAC record that still stands today. At an imposing 6-foot-7, she was also a dominant rebounder from the post position.

“Kodiaks Athletics has had a long tradition of success at the CCAA and ACAC levels in both the classroom and on the court,” says Todd Caughlin, manager of Kodiaks Athletics. “Laurie was a shining example in all aspects of these historical successes.”

In her rookie season in 1987-88, the Kodiaks won the conference title but settled for a national silver medal after a loss to the John Abbott Islanders. “We had unfinished business going into the next season,” says Hockridge. “Only Boomer (Carrie Kuntz) and I were returning players. The rest of the team consisted of rookies and transfer players.”

The new-look squad gelled quickly, repeating as ACAC champions in 1988-89. The Kodiaks met the Islanders for a rematch in the CCAA championship game, and earned the first national championship in program history with a 62-45 win. “It was an unreal feeling, seeing my team run at me in celebration,” says Hockridge. “It was a year in the making and we accomplished our goal, winning the national championship.”

In her final CCAA season in 1989-90, Hockridge led her team to a national championship repeat with a 52-48 win over Collège Ahuntsic. She then earned a scholarship to play basketball at Florida Institute of Technology. “Being recruited to play at Florida Tech was all thanks to the opportunities that the CCAA gave me,” says Hockridge.

"It was an unreal feeling, seeing my team run at me in celebration. It was a year in the making and we accomplished our goal, winning the national championship." 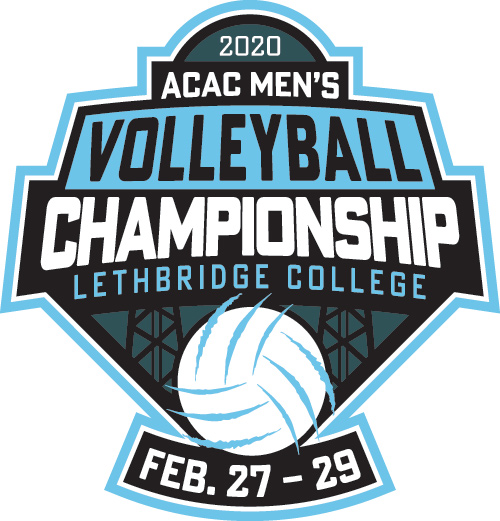 The eight-team tournament will take place from Feb. 26 to 29 in the Val Matteotti Gymnasium. It will mark the fourth time since 2016 that Lethbridge College has hosted an ACAC championship, after welcoming the women’s basketball and indoor track events in 2016, the men’s basketball tournament in 2017, and the men’s and women’s futsal championships earlier this year.

“It is an amazing opportunity to be able to host the 2020 ACAC Men’s Volleyball Championships for the first time in Lethbridge College history,” says Todd Caughlin, manager of Kodiaks Athletics. “This is such a great chance to promote and showcase how the sport has evolved and developed in southern Alberta.

To be given this chance to host again says a lot about the work our Lethbridge College administration team has done over our previous hosting opportunities.”

The Kodiaks men’s volleyball team has emerged as a consistent ACAC threat, having made the playoffs in four of its last five seasons. The Kodiaks have made back-to-back ACAC semifinal appearances, and won an ACAC medal for the first time in program history this spring, with a silver medal performance.

The team is positioned to continue its strong showing when the regular season begins in October, as the Kodiaks will return the bulk of the roster that earned that silver medal and posted a 22-2 regular season record – the best record in Kodiaks volleyball history. 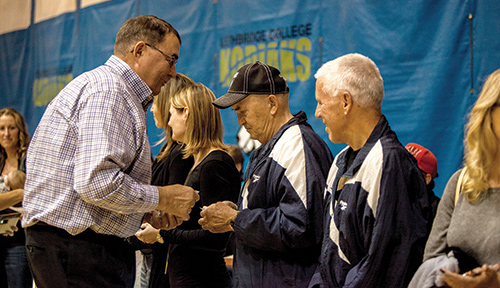 IN A CLASS OF THEIR OWN

The Kodiaks Hall of Fame was created in 2017, with an inaugural class of four athletes, three coaches and five teams. This year’s hall of fame class will be recognized on Nov. 22 and 23 as the Kodiaks host both volleyball and basketball games as part of alumni weekend. The hall of fame is made possible by the support of the Kodiaks Association, a group of boosters who support the Kodiaks through fundraising and community-building initiatives.

The Academic All-Canadian award is the CCAA’s most prestigious student-athlete honour, epitomizing a commitment to academic success and athletic achievement. To be eligible, student-athletes must earn at least all-conference status in their sport, while also achieving a grade point average of at least 3.3.

“To not only balance but excel in both competition and the classroom is a testament to the skill and determination of these student-athletes,” says Todd Caughlin, manager of Kodiaks Athletics. “We build our program around the three pillars of academics, athletics and community involvement, and these student-athletes have elevated that philosophy to an even higher level. Their achievements are worth celebrating.”

Two Kodiaks who have etched their names in ACAC history have earned top student-athlete honours for the Lethbridge College Kodiaks. Cross country national champion Sophia Nowicki earned the award on the women’s side, while ACAC men’s basketball record holder Michael Clemons was the men’s recipient at the 2019 KODIs in April.

The KODIs celebrated all aspects of another very successful Kodiaks season, which saw the program earn 49 conference or national athletic and academic honours.

Nowicki (second year, Nursing, Bragg Creek, Alta.) had a perfect cross country season, going undefeated to win both the conference and national championships. She was named ACAC runner of the year, and helped her Kodiaks team to an ACAC gold medal and a CCAA silver medal.

Clemons (fifth year, Exercise Science, El Paso, Texas) finished his ACAC career as the conference’s all-time leader in both assists with 868, and steals with 238. In his second season with the Kodiaks after transferring from Grande Prairie Regional College, Clemons led the ACAC in assists, averaging 11.7 per game, which was more than six per game higher than second place in the conference. He was second in the conference with 50 steals.

The coach of the year award went to soccer and futsal coach Sean Carey, who was the first coach to ever win both the ACAC men’s and women’s soccer coach of the year awards in the same season. The Kodiaks men’s volleyball team was named the Val and Flora Matteotti Team of the Year after earning an ACAC silver medal – the first conference medal in the program’s history.

Other award winners include: