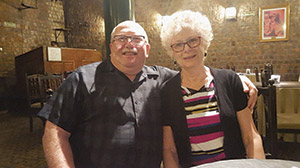 Owner of Print Partners in Lethbridge 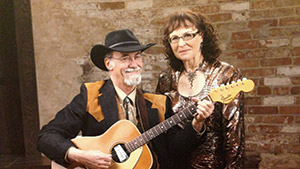 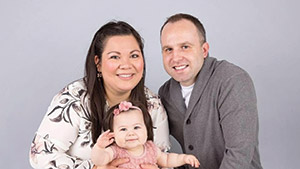 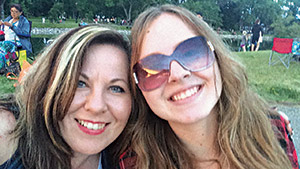 A memorable first day set the tone for Ron Bunton’s Lethbridge College experience. “I was walking down the hall and ran into this man who was carrying a record player. He stopped in the middle of the hall and put the record player on the floor, plugged it in, put a vinyl record on and started to play it. He then proceeded to do a one-man band impression. It was the most hilarious thing I had ever seen. He was playing all of the instruments with the most interesting expressions on his face. By the time he was finished, he had about 100 students clapping and rocking in the hall. Little did I know that that man was Ian Mandin—our instructor for Radio Arts. It was his first year with the college. It was the beginning of a great year and led to many more memories.”

Each and every one of us have found our niche, and our passions that that make us who we are. I couldn't think of a better place to get a start in your professional career than Lethbridge College.

Ron met his now ex-wife Monica while attending Lethbridge College, while she too was studying broadcasting. Monica has many fond memories of their time in school. She says their instructor, Ian Mandin, was even the emcee at their wedding.

Both Ron and Monica value the education they received at Lethbridge College. Both of their children, Melissa Villeneuve and Sean Bunton, became students as well. Ron says, “Lethbridge College has always been a big part of our family life by providing a solid educational background and stepping stone for whatever career we chose over the years.” Monica picked Lethbridge College because of its programs and location and her familiarity with the city. “I feel that may be why all four of us chose Lethbridge College,” she says.

Melissa has high praise for her entire college experience, from the collaborative classrooms to her friendships with classmates. “Coming to LC really changed my life. Had I not pursued my passion, and had such great instruction and support at the college, I wouldn’t be where I am today.” Sean agrees: “Each and every one of us have found our niche, and our passions that make us who we are. I couldn’t think of a better place to get a start in your professional career than Lethbridge College.”

Sean was a member of the men’s Kodiaks soccer team, capturing a silver medal in his rookie year after losing in a dramatic triple overtime game with Grant MacEwan College. He also played in the 2016 soccer alumni game.

Are you a multi-generational Lethbridge College family? If at least three members across one or more generations attended Lethbridge College, let us know by emailing WHMagazine@lethbridgecollege.ca. We’d love to profile you in It’s a family affair.