There was little discussion about who we would put on the cover of the leadership issue of Wider Horizons. 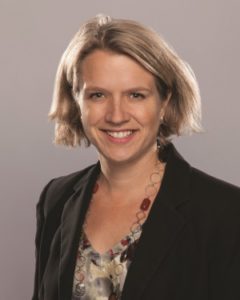 Lethbridge Regional Police Chief Tom McKenzie, a 1976 grad and long-time supporter of the college and its justice programming, had announced his October retirement after 38 years on the job, and we knew we had a perfect subject.

But just where we would shoot the photos was a bigger discussion. After several conversations, Dana Woodward, the magazine’s designer, and photographers Gregory Thiessen and Rod Leland, from the college’s marketing office, came to a few conclusions. We wanted to be up high, with the city in the background. We wanted the shoot to be at sunset. And we wanted the photo to convey both the strength and the generous, community-minded spirit of the chief. Easy, right? In fact, it was. We reached out to Pete Fiorino, who owns the old firehouse in downtown Lethbridge, and he agreed immediately. “For the chief,” he said, “I would do anything.”

And so on a gorgeous May night, we headed up to the roof of the old firehouse, carrying gear and hopes that nature would do her part. We set up lights, checked camera settings, and waited. And waited. You can’t rush a sunset, after all. And then at about 9 p.m., Lethbridge’s summertime magic started to happen. The colours danced. The chief proved to be a very good sport about being our cover model. And in the end, we knew we had captured something magical – striking photos of an inspirational leader and great friend of the college, with a beautiful city as the backdrop.

Chief McKenzie is just one of the remarkable leaders featured in this issue, but leadership in the Lethbridge College community comes in all kinds of forms. You’ll also read about runner Kip Kangogo, who literally takes the lead in most races he enters across the country; the Hon. Thelma Chalifoux, who led the way for Métis and Aboriginal women’s issues in Canada’s Senate; past Lethbridge College Students’ Association presidents; and much more. The college has made its new vision to “lead and transform education in Alberta,” and Lethbridge College alumni, staff, students and partners find themselves in leadership roles in so many ways and places. It is a privilege to feature a few of their stories here.

You might also notice a few differences this issue, including our new masthead on the cover. After eight years, we decided it was time to freshen up our look and we are thrilled with the results. You’ll still find the same great features, photos and stories that you love seeing in Wider Horizons, but we hope you like the clean look and new feel, too. Let us know what you think by emailing WHMagazine@lethbridgecollege.ca, and thanks (as always) for reading.

P.S. Break out the bubbly! We got news as the magazine was in production that Wider Horizons was named the best community college magazine this year in the annual CASE Circle of Excellence awards competition. This gold award marks the first time the college has received an award in this international competition, which includes more than 3,000 submissions in dozens of categories from 630 institutions around the world. Thanks go out to the great team who make the magazine so meaningful and memorable each issue, and special thanks go out to our readers – the alumni, community members, staff members, students, industry and government partners and friends of the college – who are the reason we do what we do.