Here are the recipients of the 2016 Honouring Excellence Awards:

Kenna has been named this year’s Distinguished Alumnus. He is currently a consultant and owner of The Epiphany Group 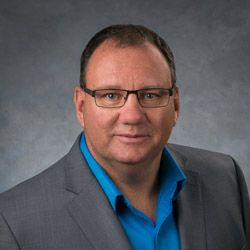 in Lethbridge. His foray into the finance world began immediately after graduation, and in 2001, Kenna and Gord Laurie created Laurie, Kenna and Associates - an award-winning, highly-recognized and large multi-agent corporation of Sunlife Financial Canada. The group expanded its Lethbridge office into both Taber and Blairmore. In April, 2015 Kenna moved on to form The Epiphany Group, a business consulting service for financial advisors. Away from the office, he is a dedicated community member. Kenna’s annual Friends and Family Golf Tournament raises money for local charities and he has also established the Gord Laurie Foundation in memory of his friend and business partner. The foundation supports educational, recreational and cultural needs while supporting “non-traditional” charities in southern Alberta, contributing over $125,000 to causes like Meals on Wheels, Big Brothers Big Sisters, Lethbridge Pregnancy Care Centre and Streets Alive. He has volunteered with the Lethbridge Junior Achievement Program and Lethbridge Ball Hockey while sitting on the Board of Directors for the Lethbridge Symphony Orchestra and other community organizations. He is also a long-time donor to Lethbridge College, supporting student awards and scholarships while offering guidance to graduating students about the finance industry. Darryl is continually growing his career, all while making significant contributions to his community. 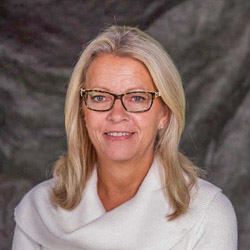 Ford is this year’s Career Virtuoso Award recipient. She is currently the station manager and news director for Global Saskatoon. Ford began her career in Swift Current, Sask., as a creative writer at Fun Radio FM-94 and quickly jumped ahead. After transitioning into television in Red Deer, she made a move that would change her life, joining the original on-air team at STV, now Global Saskatoon, in 1987, at just twenty-four years of age. Twenty-nine years later, she is an iconic symbol at the station, having served as news director for more than two decades, while adding station manager to her duties in 2012. Ford enjoys pushing boundaries and advocates for stronger roles for women. She was one of the first women to insist on continuing to report on-air while pregnant, laying the ground work for future journalists despite being ridiculed by some viewers and even a few of her superiors. Ford has also recently received a Lifetime Achievement Award from the Radio, Television and Digital News Association of Canada, recognizing her continued excellence and outstanding service to the industry. Ford’s career has been a steady rise towards greatness and she is continually being recognized for her hard work and dedication. 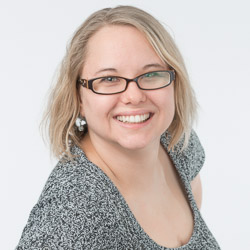 Schmidt is the recipient of this year’s Community Leader Award. She lives in Regina, Sask., and works as the Regina Police Service’s social media officer. Schmidt is an avid volunteer, dedicating time to groups such as the Regina Queen City Kinettes, Help Portrait Regina, the Saskatchewan Co-operative Youth Program, and a local dog rescue group in addition to numerous committees and events at her work. She is known by her peers as an “Energizer bunny” for her go-getter attitude and boundless amounts of energy. No average volunteer, she spearheaded the first ever Help Portrait Regina event, she has been awarded the Kinette of the Year award both by her club and in her entire zone, and earned the Maple Leaf Award of Distinction from Kin Canada in 2014. A former MVP for the Lethbridge College Kodiaks curling team, Schmidt continues to show heartfelt dedication and devotion to her community and is always looking for more ways to get involved. 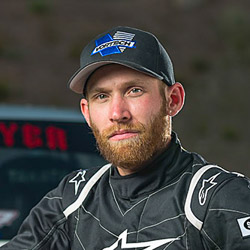 Parsons has been selected as this year’s Rising Star award recipient. A thrill-sport enthusiast, Parsons would spend his spare time away from KB Heating & Air Conditioning working on different variety of machines. However, a motocross crash cost him the use of his legs in June, 2011. He broke both his legs – tibias, fibulas and femurs – punctured his lungs and severed his spinal cord. But, his mind was racing to find ways to get back to going fast. With no adaptive race car programs available, he created his own, building a hand-controlled 600-horsepower competitive drift machine from the ground up. At the same time he formed a charitable organization - the Chairslayers Foundation gives other disabled drivers a chance to feel the thrill of drifting. Parsons has held clinics around North America where he demonstrates his adaptive creation and gives others the chance to experience it. To support this work, he (and his car) moved last year to Long Beach, California, and has earned the chance to race the car competitively at a Formula D event, finishing in the top 16 out of 60. Rob continues to show perseverance and a desire to help others while demonstrating innovation and an extreme passion for life.