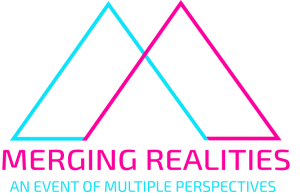 What began as a year-end capstone project for Lethbridge College students has turned into a world-leading virtual and augmented reality conference. Merging Realities: An Event of Multiple Perspectives is a full-day conference, hosted entirely in virtual reality. This is the first time that hosting an entire conference in a virtual space has ever been attempted.

“Virtual and augmented reality are growing at a phenomenal rate,” says Tayla Scott, a second-year Multimedia Production student. “Being able to cultivate Alberta’s AR/VR industry through Merging Realities as a student at Lethbridge College is an experience I will never forget.”

Merging Realities takes place on Thursday, April 26. It includes the conference from 8:30 a.m. to 4 p.m. and a face-to-face AR/VR business mixer from 4 to 6 p.m. at the college.

“There is a lot of excitement for VR in the industry right now, but it’s not mainstream,” says Brandon Fisher, a second-year Multimedia Production student. “We’re hoping events like this help to bring that more to the forefront.”

The conference features a wide variety of guest speakers who will join in from around the globe, including MetaVRse co-founder and CEO Alan Smithson, Google Daydream content specialist Alex Katzen and Emmy-nominated speaker Cathy Hackl.

Due to high demand, only a limited number of seats are available in VR for each session. However, all attendees will be able to view all sessions via live streaming, without VR technology, through Rumii’s desktop mode, making it accessible to those who are interested in learning more about AR/VR but are not yet set-up in the virtual space. It will also be streamed live in the college’s Instructional Building Theatre. Registration is available online.

“This Thursday, the world spotlight shines on Lethbridge College and the VR/AR industry in Alberta,” says Mike McCready, Multimedia Production instructor. “I’m extremely honoured to be part of such an incredible event. This is just the beginning of amazing things to come.”

The VR business mixer will bring together Lethbridge College students who have created 360-degree experiences and VR video games; VR businesses including Mammoth VR, VRKade and CTRL V; and a variety of community partners to discuss and showcase the virtually endless possibilities for virtual and augmented reality.

“It’s really exciting for us to showcase the work that’s been done at the college and to be able to show other industries how they can integrate it into their business,” says Kris Hodgson, chair of the School of Media and Design. “Marketing, real-estate, tourism, architecture, healthcare - there are so many applications it can be used for. Our commitment to the VR and AR industry is just beginning.”

Merging Realities is funded in part by an $8,100 Connect Grant from the Natural Sciences and Engineering Research Council (NSERC). Lethbridge College and the Merging Realities team acknowledges the support of NSERC, which invests annually over $1 billion in people, discovery and innovation.

The Regional Innovation Network of Southern Alberta (RINSA) also contributed $500 in funding towards making this event a reality.