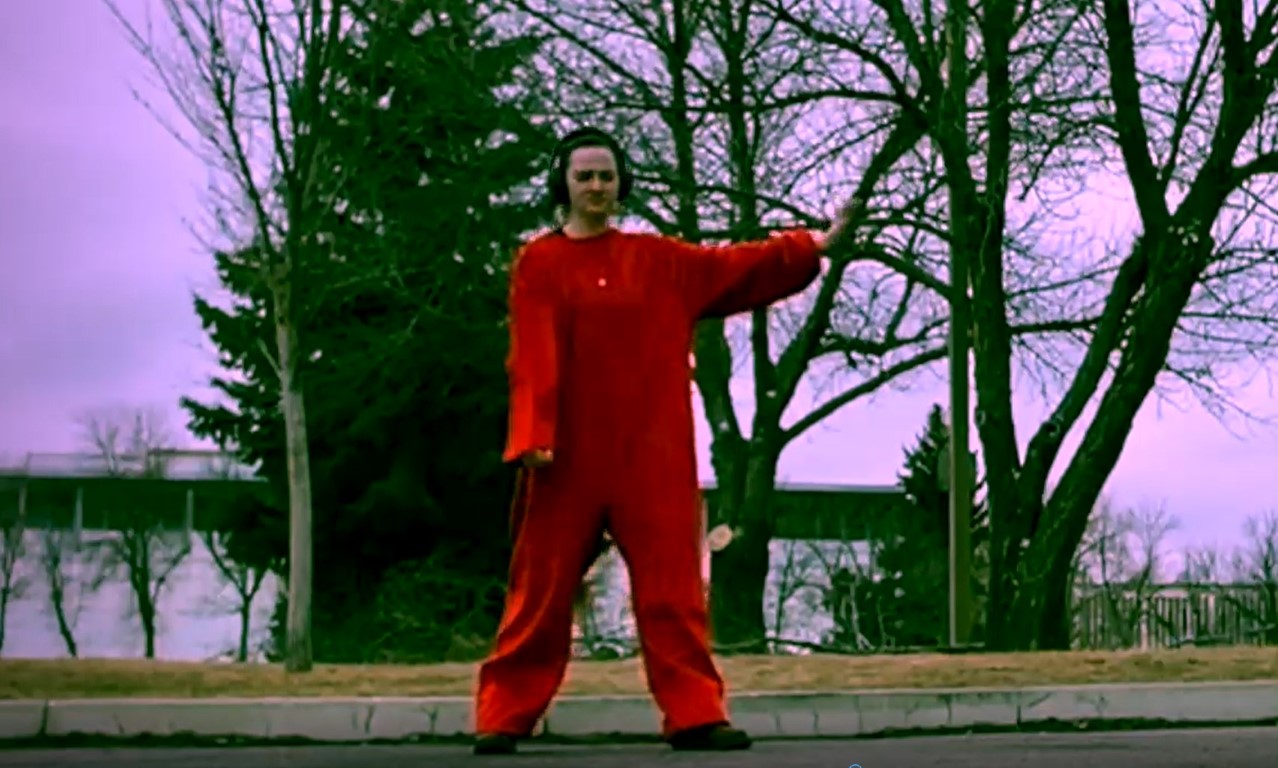 Dean Kolebaba sat down to grade a pretty standard video assignment, when out of nowhere he was serenaded by the sweet tones of Aretha Franklin.

“You better think (think) think about what you’re trying to do to me,” bellowed the Queen of Soul.

Before his eyes was a demonstration of traffic signals unlike any he had seen before. Choreographed to music, overlaid with video production techniques, and topped off by one of his students in a fuzzy red onesie and black high-heeled boots who turned a traffic routine into a one-woman dance production. It immediately brought a smile to his face.

“I was like, ‘this is this is the best thing I've ever seen,’” says Kolebaba, an instructor in the Criminal Justice – Policing program. “Especially given the times and the things that are going on – it was brilliant.”

To Kolebaba, the video represents the triumph of the student spirit over the uncertainty and anxieties of the changes that have come with the COVID-19 pandemic.

The person responsible for the video is Nichole Ham, a first-year Criminal Justice – Policing student. “With every project I do, if it has any ounce of creativity in it, I'm going to go all out because that's just who I am,” she explains.

She did just that.

The red onesie? It was once bought for a Halloween costume that never came together. The Aretha Franklin tune? It just happened to be the song that shuffled up on her phone. The boots? Simply a last-second addition. The video? Self-shot, propped up by a metal container she keeps on her desk. It made the video a little blurry, but she says, “I actually kind of loved it. With the music it just seemed more 70s, so it kind of worked out.”

It’s not just the assignment portion of the video that brings a smile to the viewers’ face. After 43 seconds of the assignment, there’s another 1:23 of bloopers. Missed dance steps, bonus dance steps, production elements, an awkward pause to let a car drive by (“they were a little too close, I could see their face”), at the 1:00 mark the music changes to the Donna Summer classic ‘Hot Stuff,’ there’s even a sound effect of a bird. This video is truly a labour of love and creativity.

“I think it shows the student is passionate about learning, as opposed to just going through the paces and standing in front of the wall and doing four simple gestures all awkwardly. They're making the most out of it,” says Kolebaba. “Knowing they're not taking themselves too serious, which I think is important in policing. It’s sort of a quality I look for both in my students and in my coworkers.”

Following a year at the University of Lethbridge, Ham moved to Lethbridge College for this academic year to train for a career in policing. According to Kolebaba, she’s an excellent student, but like it did for every student, the shift to online learning created a unique challenge for Ham.

“I have ADHD and I'm not shy about that, so it is very difficult to manage with online schooling because it's all about self-discipline,” she says. She has a passion for art, and even attended an arts-based high school, so having a chance to flex that creativity in the form of the video was an outlet to help her manage the changes.

When the college switched to online learning in March, Ham leaned heavily on her art, including drawing, to adjust to the new reality. “That was all I was doing for a few days there, and then my assignments were kind of like, ‘hi, I'm still here.’ So I got back to that. It's just it's a learning process for how to be better at self-management.”

She has accessed college services to help her succeed in her new environment, including video meetings with access specialist Ashley Burke. “She’s been helping me with some strategies,” says Ham. “And I’ve been really trying to work on sticking to a routine.”

And in the meantime, she’ll keep finding outlets for her art, even in a mundane assignment about traffic signals. Which, by the way, is not only entertaining, but also informative. Kolebaba confirms that she got 100 per cent on the assignment.

The video will stand as a testament to a one-of-a-kind time in Ham’s educational experience.