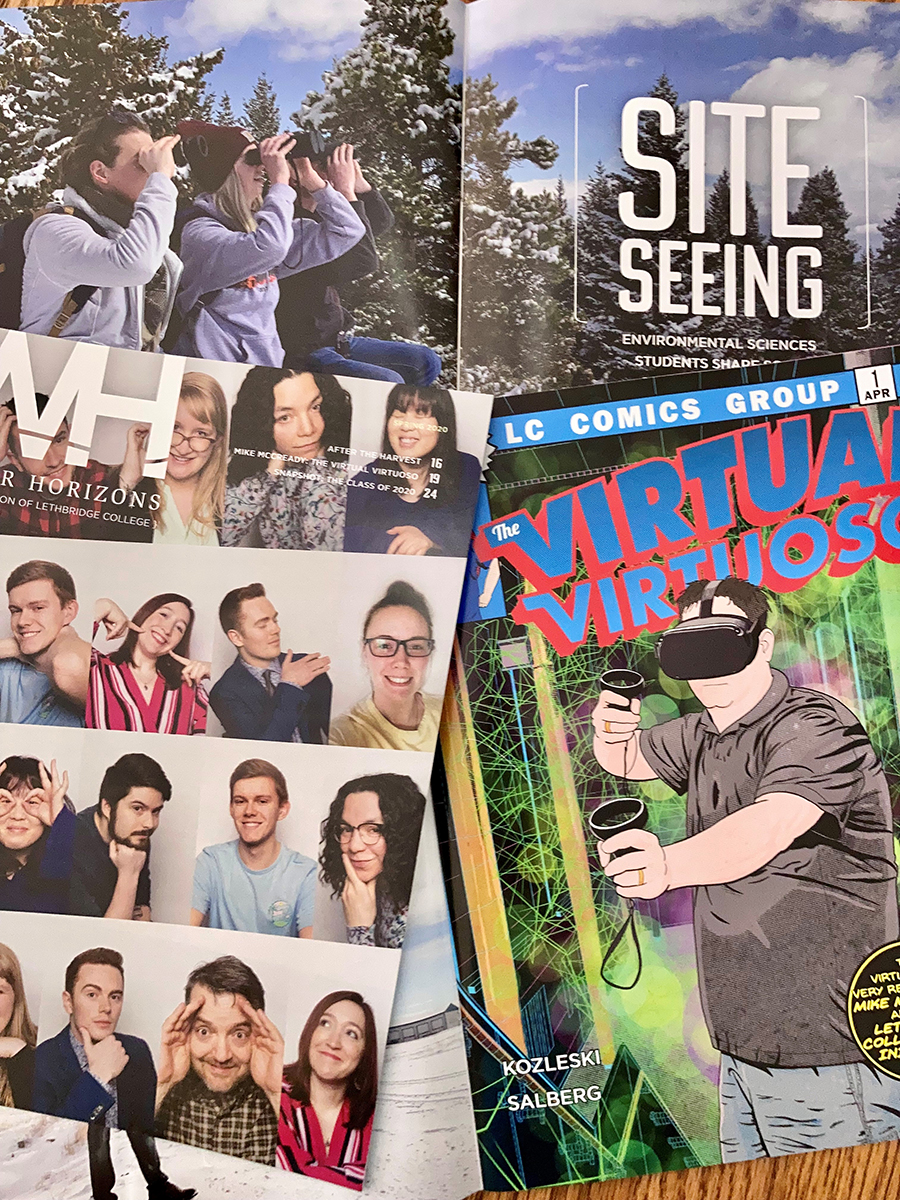 The team and magazine won four awards – three golds and a silver – in the CASE District VIII Awards competition organized by the Council for the Advancement and Support of Education. The team also won a silver award and were named finalists in five categories in the Alberta Magazine Publishers Association (AMPA) annual Alberta Magazine Awards.

“Wider Horizons has always done a great job of connecting our alumni, community partners and friends of the college with the stories from our campus,” says Sandra Dufresne, Executive Director, Advancement. “The industry recognition backs up what we already knew – that our talented team has a knack for telling stories in a variety of written and visual ways that really connect with the reader.”

This year, Wider Horizons, Lethbridge College’s community and alumni magazine, received two CASE gold awards – one in the “Magazines on a Shoestring” category for the winter 2020 issue, and one in the “Alumni/General Interest Magazine” category for magazines published three or more times a year, for the winter and spring 2020 issues. The magazine is edited by Lisa Kozleski and designed by Dana Woodward, both of whom work at the college for the marketing and communications teams, and it includes work by colleagues across campus as well as photography by Rob Olson, illustrations by Eric Dyck, and other contributors.

This year marked a first for the college in a new category – Illustration – when Shawn Salberg won a gold award for his work on “The Virtual Virtuoso.” The final award received was a silver for Kozleski in the Feature Writing category for her story “As Seen on Television.”

This year’s awards bring the total number of CASE VIII awards received by Lethbridge College since 2008 to 22, including seven gold, seven silver and eight bronze.

The Council for the Support and Advancement of Education (CASE) District VIII Awards are designed to recognize exemplary achievement in communications, marketing, development and alumni relations at colleges and universities of all sizes in Alberta, British Columbia, Manitoba, Northwest Territories, Nunavut, Saskatchewan and Yukon and as well as the states of Alaska, Idaho, Montana, Oregon and Washington.

The Wider Horizons team won a silver award from AMPA in the Editorial Package Print category for the “As Seen on Television” story, which appeared in the winter 2020 issue and was a lighthearted and colourful look at what Lethbridge College employees think today’s television shows get right – and sometimes oh-so-very-wrong – about the industries they are showcasing. That story was illustrated by Brent Bates, written by Kozleski and designed by Woodward, and it showcased contributions from employees from across campus.

The other Lethbridge College finalists included:

AMPA, a non-profit industry association that promotes, supports and advocates on behalf of the Alberta magazine publishing industry, announced its annual awards at a virtual celebration this year on June 3.

Wider Horizons is published each January, May and September and goes out to more than 26,000 alumni and community members. To read the latest issue, pick up a copy at the racks on campus and around town; add your name to the subscription list; or check it out online.