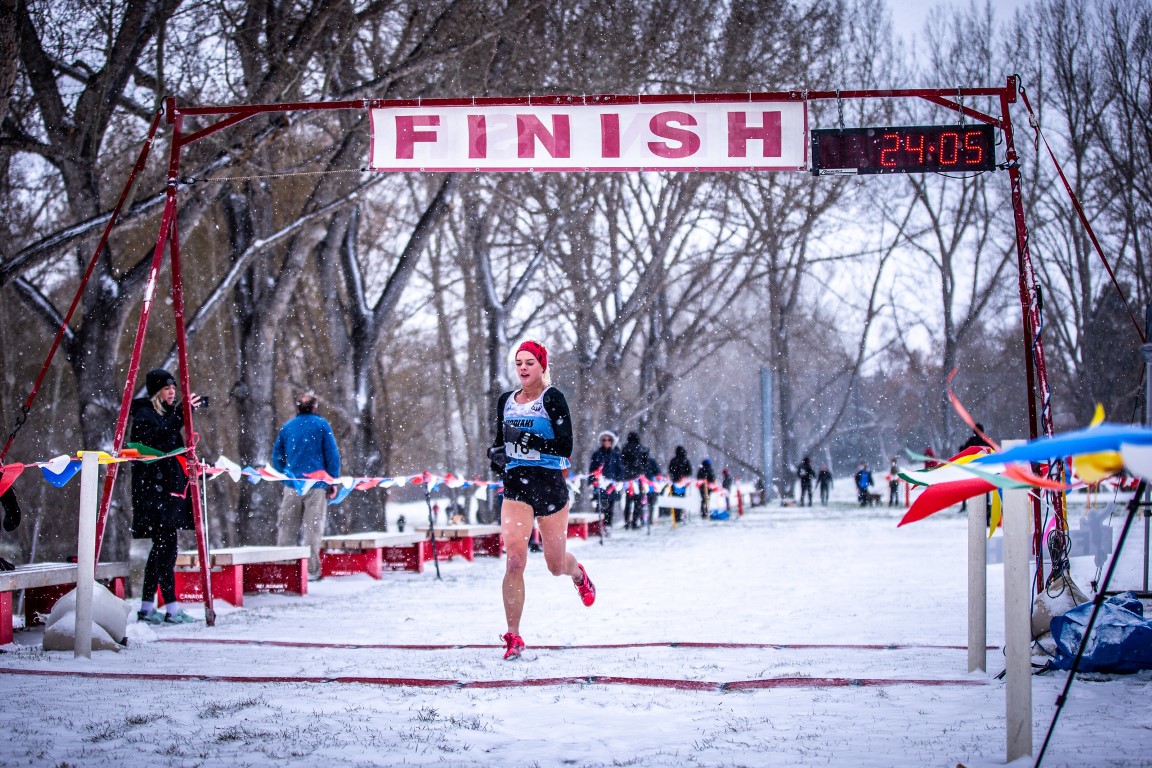 Lethbridge College Kodiaks cross country running star Sophia Nowicki leads her team into the CCAA national championships on Saturday in Grande Prairie. Nowicki will look to repeat as national champion, while her women’s team aims to improve on the silver medal it won at last year’s Canadian championships. The Kodiaks will also be represented by a pair of men’s runners who qualified for nationals.

“Despite having to travel all the way to Grande Prairie, I still feel like we have a home course advantage,” says Simon Schaerz, Kodiaks cross country head coach who was named ACAC coach of the year. “It's nice to be in your own province and your own conference, and there's some familiarity with the course. Our plan is to ensure that everyone is really fit, everyone's peaking and everyone's healthy, and I think we're there.”

Nowicki (third year, Nursing, Bragg Creek) is a dominant force on the CCAA circuit. She has won 10 straight Canadian college races, including back-to-back ACAC championships and the 2018 CCAA title. She is the two-time defending ACAC runner of the year and the favourite to repeat as a national gold medalist heading into Saturday’s championship.

“Sophia is ready,” says Schaerz. “She know she's a target going into this race – everyone wants to be the person who ends that streak, right? But she really buys in and gets what needs to be done, so I think she'll be ready.” 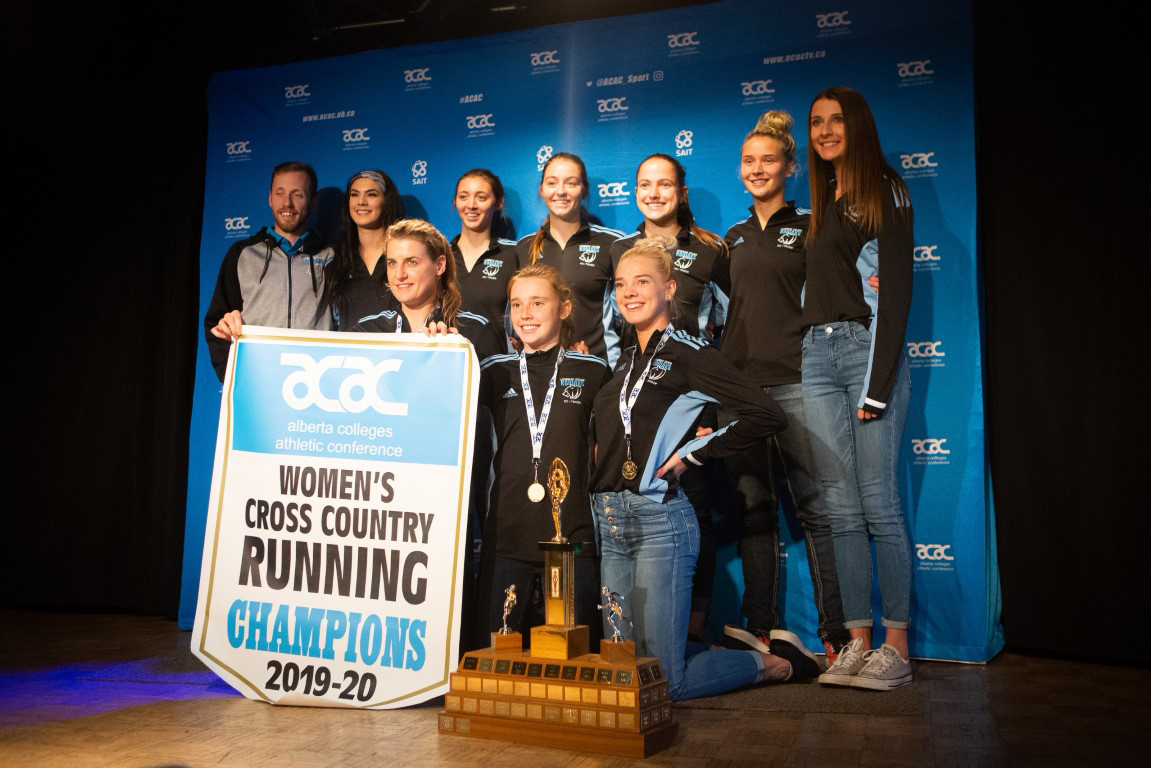 The Kodiaks will enter a full contingent of six runners in the women’s race, and the placings of the top four finishers will contribute to the team competition. Nowicki will be well supported by rookie Rosie Bouchard (first year, Renewable Resource Management, Okotoks), who finished eighth in the ACAC championships and sophomore Anna LeBlanc (second year, Natural Resource Compliance, Banff) who placed ninth. Vildana Rekic (fourth year, Ecosystem Management, Lethbridge) and Janelle Graham (fourth year, Justice Studies, Olds) will be looked at to provide valuable depth at the CCAA championships after finishing 13th and 14th, respectively, at the ACAC championships. The team has been ranked first in the CCAA national rankings for the entire season.

“It’s just a matter of waiting and seeing what the teams from out east bring to the competition,” says Schaerz. “I follow the results, but I try not to read into them too much. There are different circumstances around each team, so that kind of creates a little bit of excitement, and we won’t know until the weekend how each team actually looks.” 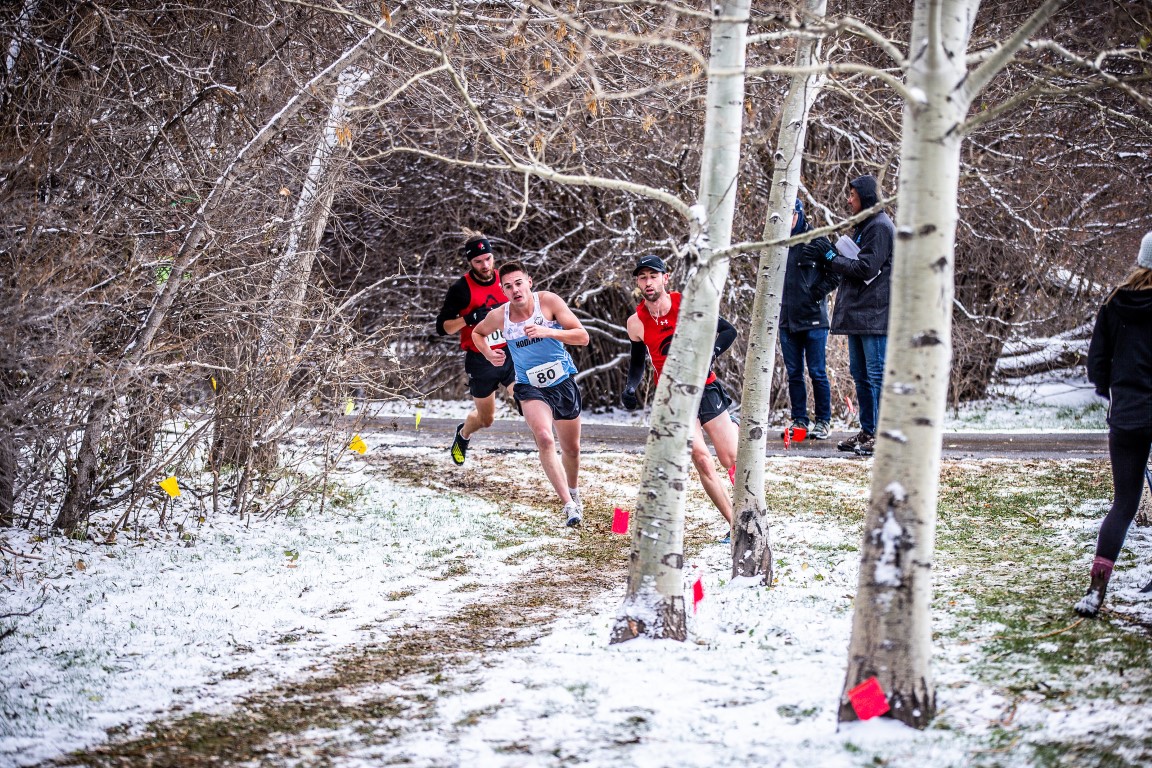 While the Kodiaks men’s team’s fourth place finish at the ACAC championships wasn’t enough to qualify for nationals, two individual runners did make the mark by finishing in the top 10 in the conference. Connor Jackson (second year, Business Administration, Surrey, B.C.) finished in fifth place in the conference championships and was named to the ACAC all-conference team, while Cooper Cheshire (second year, Agriculture Enterprise Management, Trochu) placed ninth.

“Those two guys really earned their spots,” says Schaerz. “They’re where they're at currently because of the hard work they've put in, and that definitely needs to be rewarded. I think they're going to show up at nationals and I wouldn't be surprised if they both had season best or even personal best performances.”

The 6-km women’s race begins at noon on Saturday, followed by the 8-km men’s race at 1 p.m. Results will be available on the CCAA cross country championships webpage.