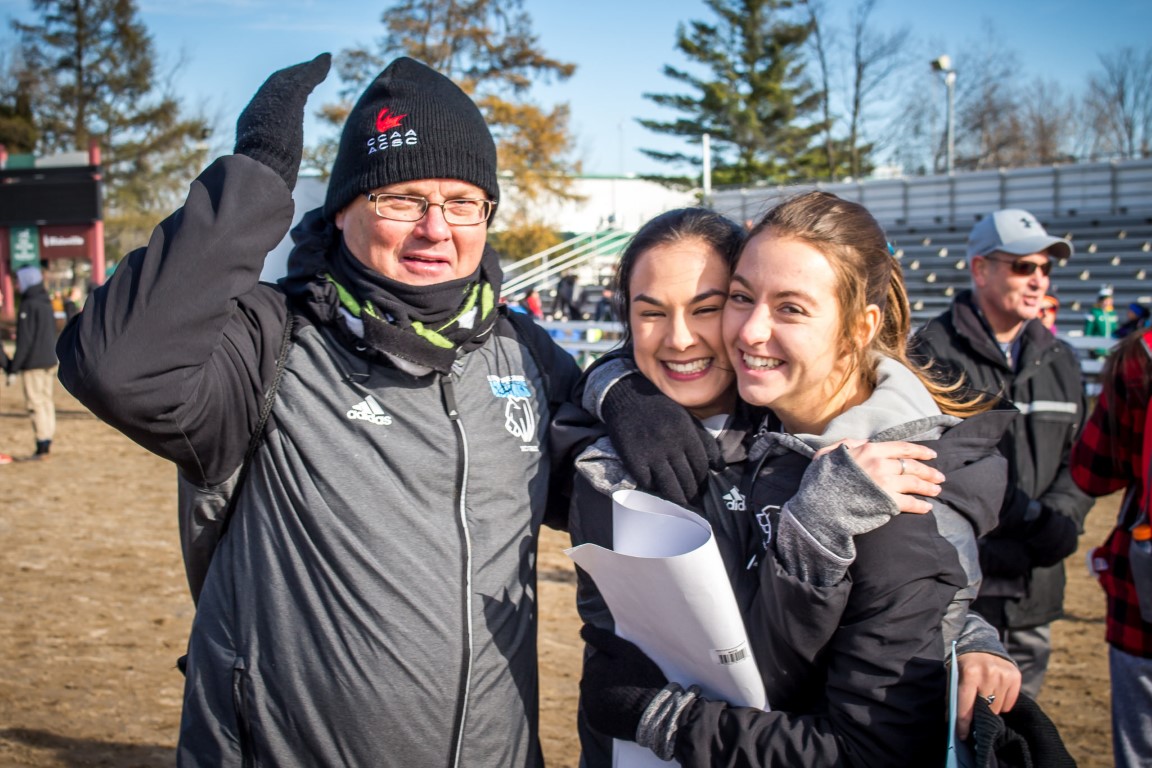 After more than 30 years at Lethbridge College, the most successful coach in Kodiaks Athletics history will officially retire in November. Bertil Johansson will end a decorated career as cross country and indoor track coach who led teams and athletes to more than 100 conference and national honours.

Johansson took over the Kodiaks cross country program from coach Mary Wall in January 1987, and he led the Kodiaks women’s team to its first ACAC championship that fall. In 2014, he added the responsibility of coaching the indoor track team when that sport was introduced to the ACAC.

“It is with humility and gratitude that I leave the Kodiaks,” says Johansson. “I have enjoyed the trust given to me by the college and the local running community, and I have appreciated being involved in many aspects of fitness and health during this period. I have numerous memories of coaching at all stages of running at the local, Canadian and international levels. Several athletes and their families have had a tremendous influence on me as a person and on my own family.” 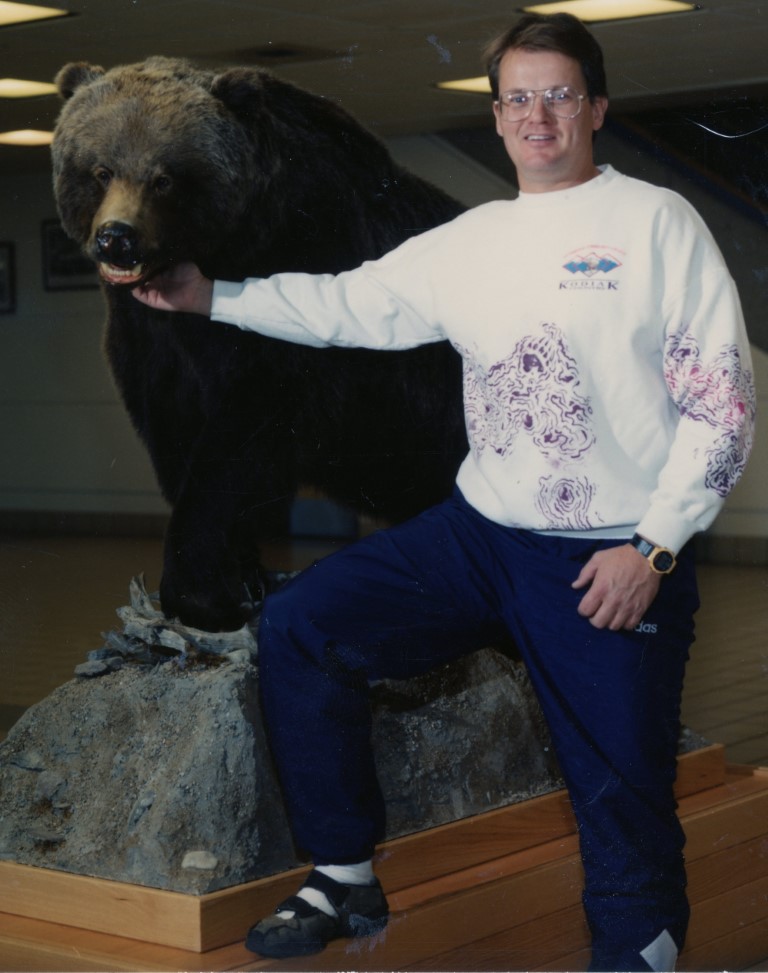 Hired by long-time Lethbridge College athletic director Tim Tollestrup, Johansson says the Kodiaks team at that time was mainly made up of local southern Alberta runners, mostly from the Nursing and Law Enforcement programs. He says he focused on expanding the program to incorporate students from all programs, and extended his recruiting focus both out-of-province and internationally.

“Bertil’s legacy is how he expanded the footprint of cross country running, not only at Lethbridge College, but at the ACAC and CCAA levels as well,” says Todd Caughlin. “Cross country running is now one of the strongest and highest-participation college sports in Canada, and a lot of that is due to Bertil’s tireless work to promote the sport and provide opportunity to his student-athletes.”

Johannson’s resume is filled with accolades too numerous to list. Now in his 32nd season as cross country coach, his teams and athletes in cross country and indoor track have earned 54 gold medals at both the ACAC and CCAA levels.

In addition to developing local runners, Johansson found great success in recruiting runners from Kenya. One of his first Kenyan recruits, Kip Kangogo, won an ACAC championship in his rookie season, and has gone on to represent Canada at the Pan-Am Games, while piling up marathon and half marathon victories across the country. Johansson coached eight other Kenyans into becoming ACAC champions.

“I’m so proud of the 500 or so student-athletes I have coached, including around 40 international and Kenyan runners,” says Johansson. “These students have impacted me to my core as I watched them successfully meet their academic and athletic goals at Lethbridge College. For all the victories, just as important was the ‘new beginning’ that came with the start of each season as I looked a group of young adult hopefuls and knew I had the opportunity to help shape them.” 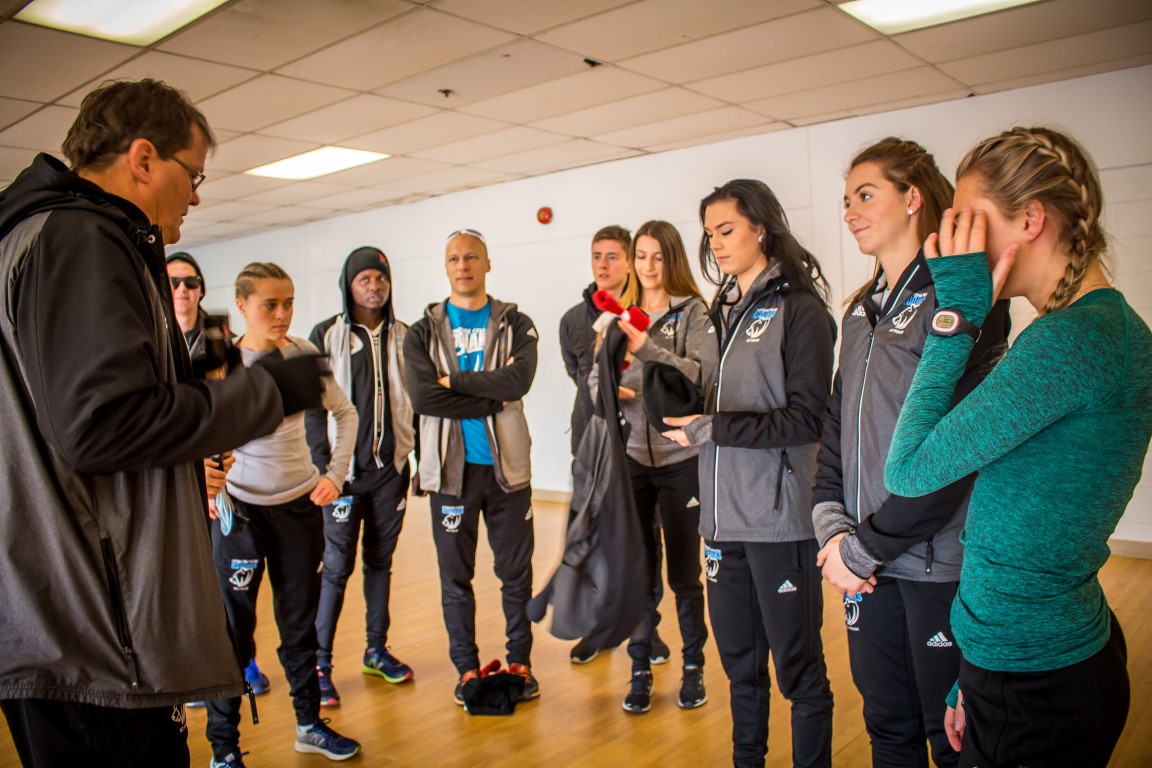 Johansson is quick to share credit for his successes, singling out race organizers Ramona Stewart and George Gemer, volunteer coordinator Darlene Ponjavic-Vornbrock, and coaching mentors Alvin Tietz and Knud Petersen among those who have helped him on his way.

“I’ve got to watch many graduates move on and acquire careers in all sorts of fields: policing, conservation enforcement, nursing, environmental science, exercise science and more,” says Johansson. “That’s probably the most rewarding piece that I can hold on to for life as a Lethbridge College coach alumnus.”

This weekend, Johansson will coach on his home turf for the final time in his ACAC career as the Kodiaks host a Grand Prix in conjunction with the Run for the Pumpkin on Saturday at Nicholas Sheran Park. He will officially retire following the CCAA championships on Nov. 10 in Toronto.

Bertil Johansson talks about his retirement and his 32-year coaching career:

A closer look at the storied career of Bertil Johansson and his 58 CCAA and ACAC championships (updated to include Johansson's final season in 2018):