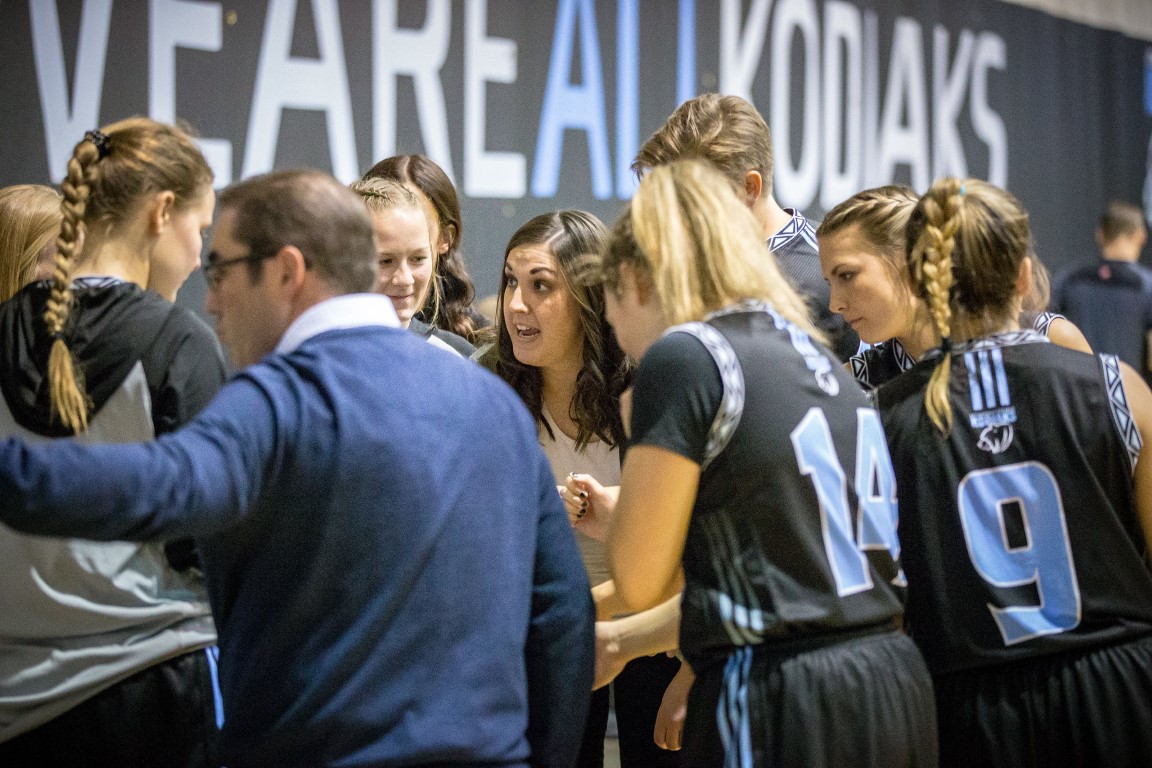 After three seasons at the helm of the Kodiaks women’s basketball program, Deanna Simpson has announced she is stepping down as head coach.

A nationwide search for the program’s next head coach will begin immediately.

With her family about to grow by one, Simpson says the time is right to step away. Simpson and her husband, Brady, are expecting their first child in the coming months.

“I have enjoyed being the head coach for the past three years as I was provided an opportunity to pass on my experiences to a younger generation,” says Simpson. “Having been part of the Kodiaks for the past seven years, both as an athlete and a coach, I was happy to do my best to carry on the winning tradition that had previously been established. As much as coaching is about teaching, there were numerous times I was the student and I learned from my athletes.”

Todd Caughlin, the manager of Kodiaks Athletics, had nothing but praise for how Simpson navigated many challenges during her tenure.

“I personally want to thank Deanna for the dedication and commitment she showed the women’s basketball program and Kodiaks Athletics,” says Caughlin. “Deanna came in as a rookie coach with the added challenge of coming off an undefeated and national championship season and had to rebuild essentially the entire program. Coming in as a new head coach is a tough enough challenge but Deanna faced those challenges head-on. The changes she implemented have proven themselves with the recent positive results experienced by the women’s basketball program. I wish her the best of luck with her new family and she will be missed!”

Simpson (then known as Deanna Dotts) completed her post-secondary playing career with the Kodiaks from 2013-15, which included helping the team to an ACAC championship and national silver medal in 2014-15. She then spent two seasons as an assistant coach, a span in which the Kodiaks went 50-1 and captured a CCAA national championship in 2017. 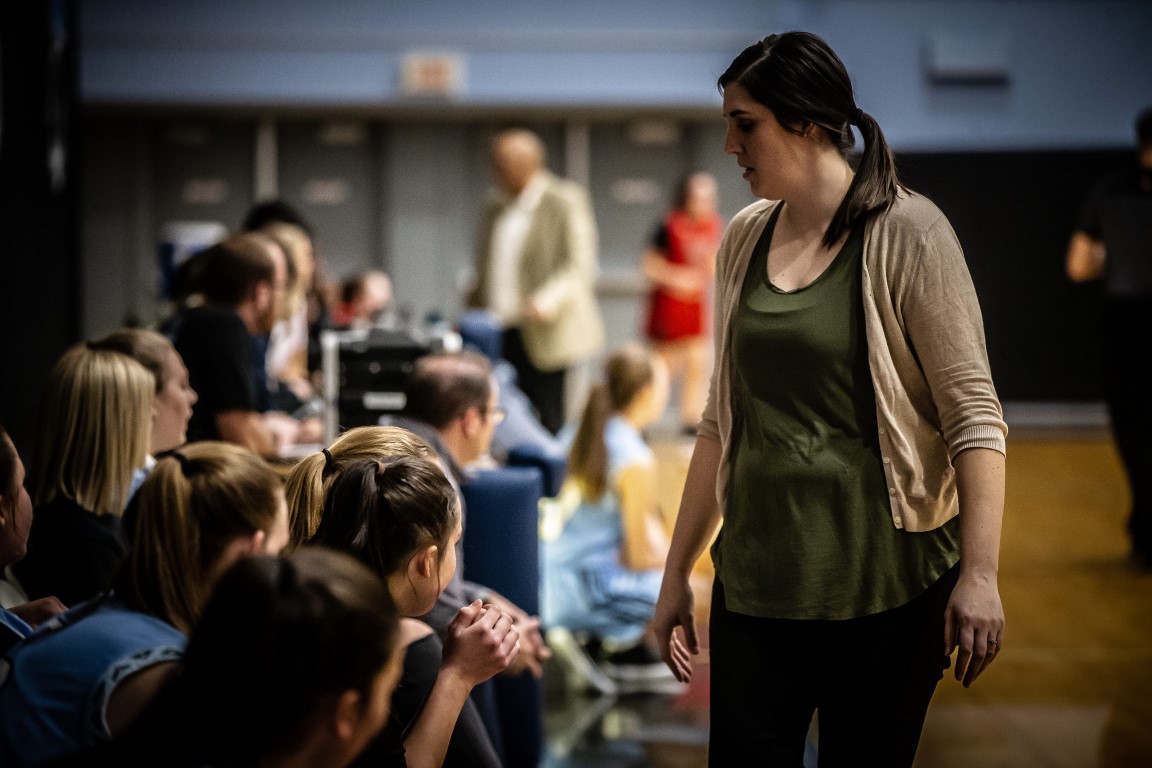 She was named head coach after that championship season and immediately was tasked with rebuilding a program that lost many graduating players. After enduring a rebuilding season in her first year, Simpson proceeded to guide the Kodiaks to a pair of ACAC playoff appearances.

She ended her tenure on a personal high note, being named the 2020 ACAC south division coach of the year. The award capped a magical run that saw her team clinch a conference championships spot during the final weekend of the season, before giving eventual ACAC champion Lakeland a real scare in the quarterfinals.

“My favorite memory has to be our playoff run that we made from the middle of January this year,” says Simpson. “This group was special in a lot of ways, but most importantly they came together to achieve something that a lot of people probably thought they couldn't. Watching them grow, both personally and as athletes, was something I will never forget. They truly took to heart the concept of ‘we before me’ that our program stands for and it showed.”

The Kodiaks would like to thank Simpson for her dedication to building the program and developing our student-athletes on-and-off the court over the past several seasons.