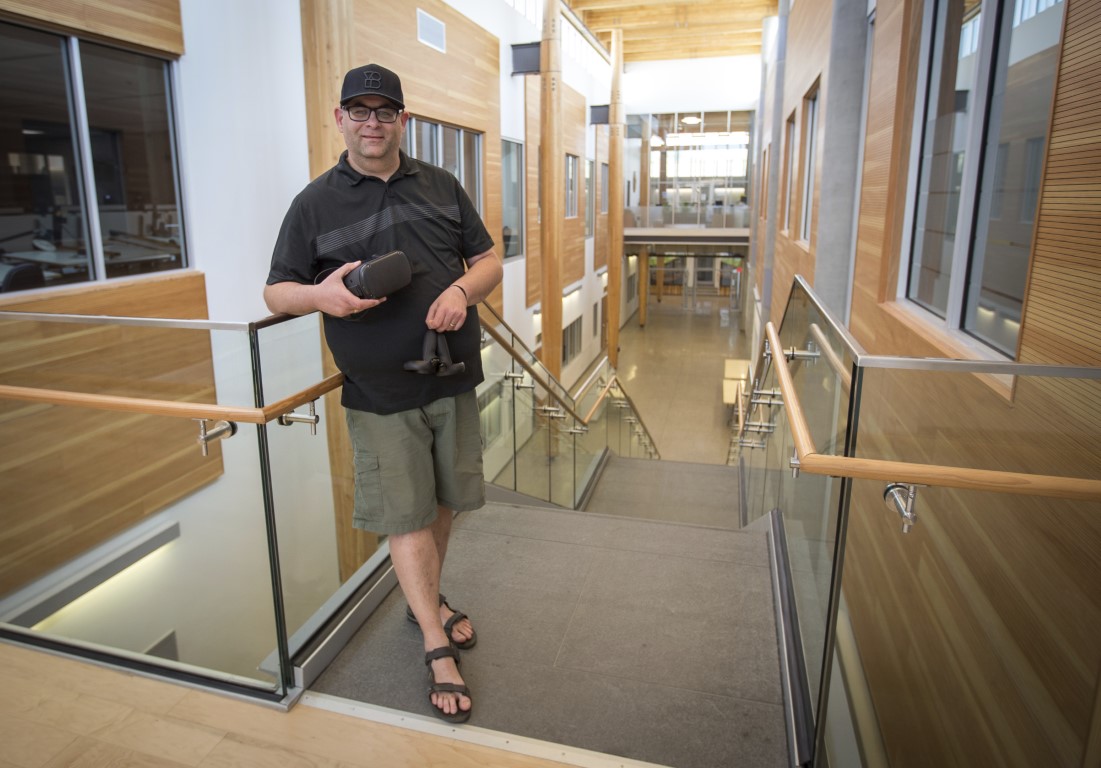 ​Continuing its role as a leader in emerging technologies, Lethbridge College is pleased to announce its first President’s Applied Research Chair in Virtual and Augmented Reality. Mike McCready has been appointed to the role and will work to connect industry with the limitless potential of VR and AR technology.

The research chair and the college’s Centre for Applied Research, Innovation and Entrepreneurship will work alongside the new Virtual and Augmented Reality one-year certificate program to build up the VR/AR ecosystem in southern Alberta.

“When people think about virtual reality, we want them to think about Lethbridge College,” says Dr. Kenny Corscadden, Associate Vice President – Research. “This is an area that has very high growth potential and we want to build industry capacity in our region. If we develop this properly, the grads in our VR/AR program will have ample opportunity to work in the industry without leaving southern Alberta.”

McCready is a Lethbridge College alumnus (Multimedia Production 1999) who has instructed in the Multimedia Production program since 2015. He previously worked at both NorQuest College and Lethbridge College in marketing and web positions. He was a driving force behind the creation and development of the college’s new Virtual and Augmented Reality program that is launching this fall. He will also be one of the instructors in that program.

In his new role, McCready will work to identify how virtual and augmented reality can benefit industry and create solutions to implement it in those businesses. McCready also serves as President of the Alberta Chapter of the Virtual and Augmented Reality Association, giving him unique contacts in both education and industry.

“One of my responsibilities will be connecting with non-VR organizations – tourism, trades, healthcare and many more – and showing them the potential of this technology in their workplace,” says McCready. “I want to identify opportunities and problems within industry that VR and AR technology could help solve. The potential for this technology is really unlimited.”

Lethbridge College has already forged its reputation as a leader in the VR/AR sector. In 2018, the college hosted Merging Realities, the world’s first VR/AR conference to be available entirely in virtual reality. In 2019, the college held the second annual Merging Realities conference and also hosted the Virtual Reality Global Forum at the INVENTURES conference in Calgary, which connected attendees with speakers from around the world.

Students in the college’s Multimedia Production and Interior Design Technology programs have learned basic VR/AR design, while VR design is also at the core of the new Architectural Animation Technology program. The technology has also been used as a training tool in the college’s Wind Turbine Technician program, and the Centre for Teaching, Learning and Innovation is working to implement the technology as an instructional tool in other trades, agriculture and health programs.

“Our future is really as limitless as our imagination,” says McCready. “Once industry catches wind of this applied research program, that will start driving the industry forward. That's what will make this program and the research that we're going to be doing successful. We already work well with industry – they have a good relationship with us, and we have a good relationship with them.” 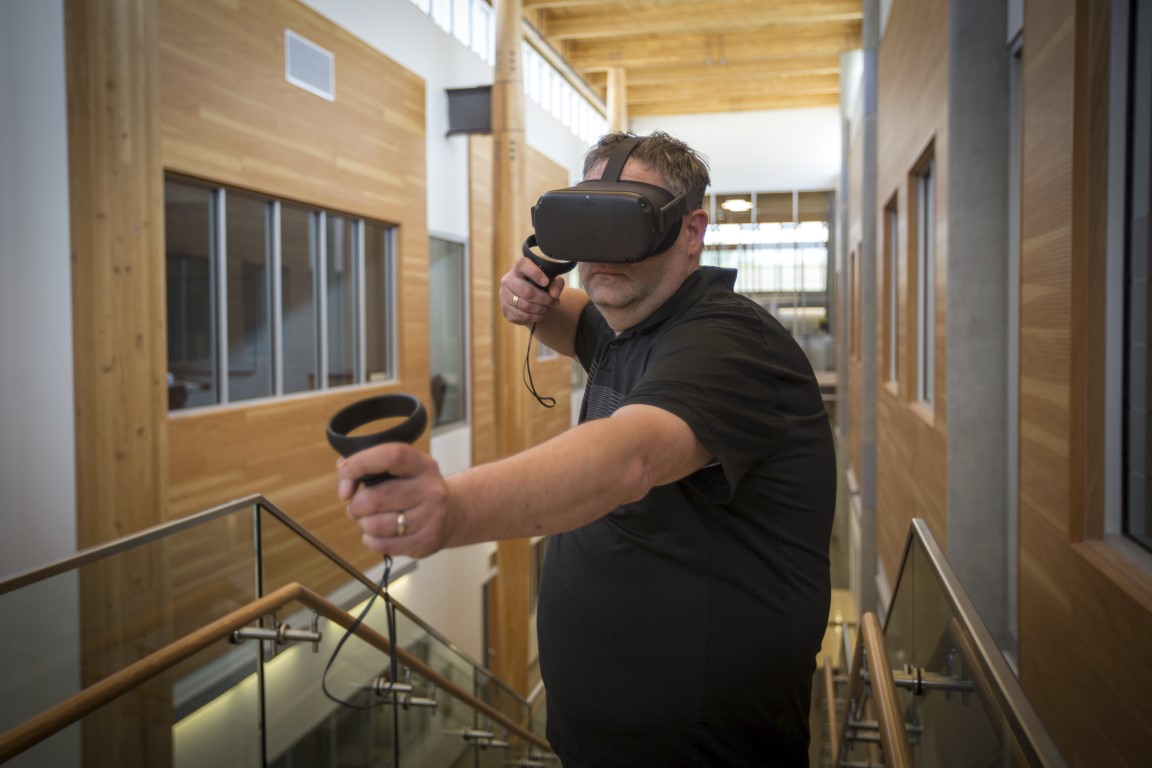 The President’s Applied Research Chair in Virtual and Augmented Reality is a one-year appointment within the Centre for Applied Research, Innovation and Entrepreneurship (CARIE) that begins on Sept. 1.

CARIE is a catalyst for economic growth, sustainability and social development in the region that brings together community organizations, researchers and students to collaborate on projects that use new or existing knowledge to solve real-world challenges with immediate practical applications.

Industry partners interested in opportunities in VR and AR are encouraged to contact Dave McMurray, Research Manager in the Centre for Applied Research, Innovation and Entrepreneurship.