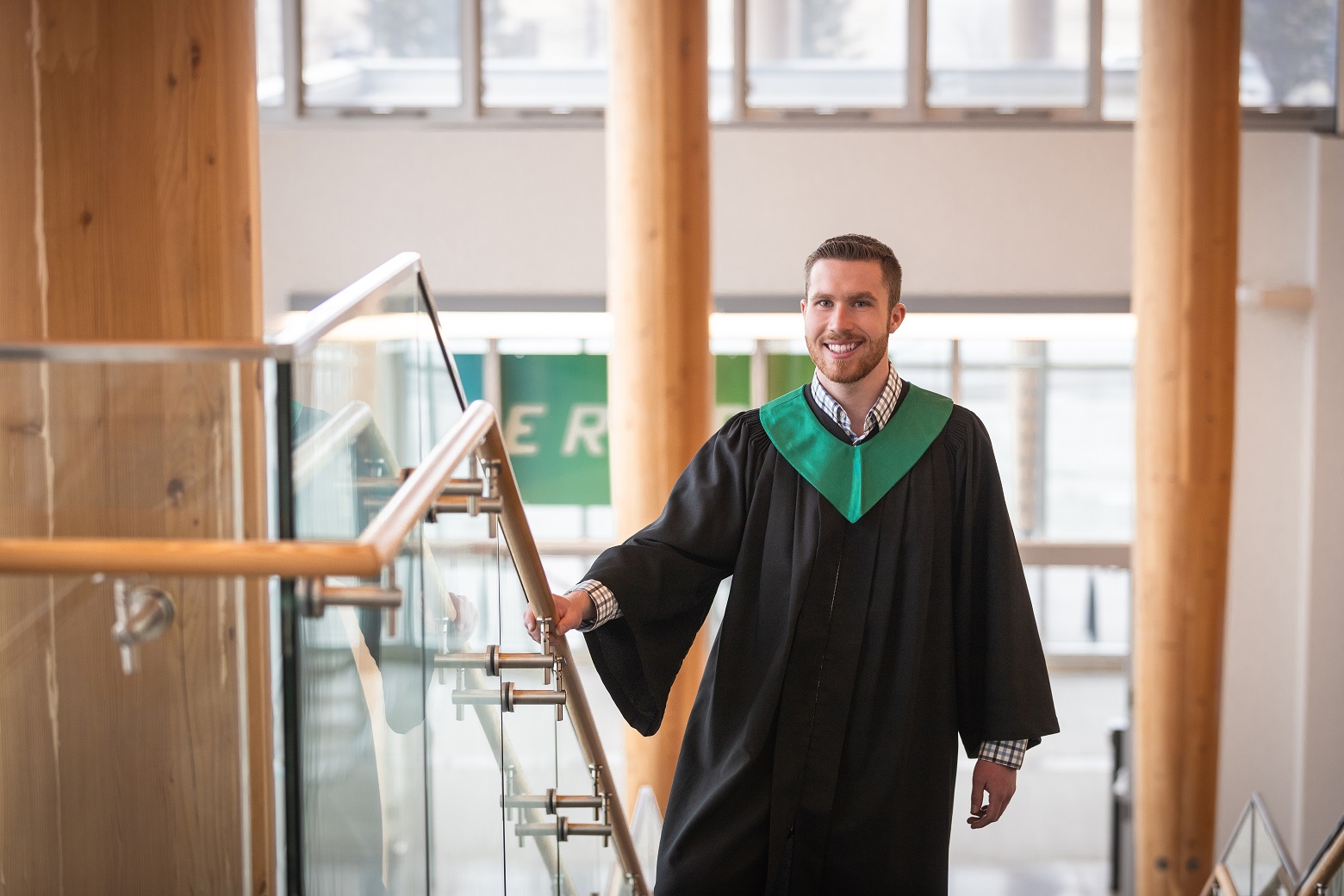 Natural Resource Compliance student Matthew Henry has been named valedictorian for Lethbridge College’s Spring 2022 Convocation. He will lead the procession of graduates and speak at the ceremony planned for May 27 in the Val Matteotti Gymnasium. Henry, who was also valedictorian of his high school class of 13 students in Treherne, Man., has a 4.0 grade point average and is heavily involved in college and community organizations.

“Matthew is an engaged learner and brings a positive attitude to every class,” says Gordon Cox, interim chair of Environmental Sciences at Lethbridge College. “He is also an inspiring leader who leads in many different ways – in the classroom, as part of the Natural Resource Compliance program, throughout the college and across the community. We are proud to have him represent this year’s graduating class.”

During his time at the college, Henry served as a tutor, secretary of the Lethbridge College Students’ Association Ducks Unlimited Student Chapter and was a member of the Conservation Enforcement Club. In addition, he volunteered with simulations done by the SPHERE lab for training healthcare students, was his class representative for program advisory meetings, and gave presentations about career options to first- and third-year students in his program. In the community, he volunteered with the Helen Schuler Nature Centre and worked to revive the conservation outreach volunteer position for Natural Resource Compliance students. He also devoted time to Mothers Against Drunk Driving, playing an integral role in bringing a new impaired driving awareness campaign to Alberta.

Henry says he decided to come to Lethbridge College because “every single conservation officer and park warden I spoke with said to come here. If they didn’t study here themselves, they said they wish they had and that it was the best place to go in Western Canada.”

The pandemic meant he spent his first year as a college student learning from home. “That was pretty isolating,” he says. “You didn’t really get the chance to spread out your wings and experience the independence.” He and the other students in his program did visit campus that first year for “experiential weeks” and that helped build connections and friendships. By the time they arrived on campus last fall for his second year, Henry says he “recognized everyone’s face, even if we hadn’t spoken in person before.”

Interacting with those classmates has been his favourite part of this past year – whether that meant working on labs in small groups, completing projects together or staying late after class to talk. “Everyone is so passionate about the subject,” he says. “It’s easy to get along with everyone.”

Henry plans to return to campus in September for two more years of study, with the goal of earning a Bachelor of Applied Science degree in Conservation Enforcement and eventually working as a game warden. He says he strives to achieve a work-life balance by regularly mountain biking in the coulees and taking weekend trips to the Rockies to hike and do wildlife photography. He has earned international acclaim for his photography, including having a photo he took of a moose selected from more than 50,000 entries to be part of the “highly commended” category in his age group of the Wildlife Photographer of the Year event hosted by the Natural History Museum in London, England, in 2020.

He says it is an honour to represent the spring 2022 graduating class. “What stands out most to me is a feeling of pride,” he says. “I am so proud to represent the program and the college. And I can’t wait for what happens next.”

For the Spring 2022 Convocation, Lethbridge College will hold two ceremonies at 9:30 a.m. and 1:30 p.m. in the Val Matteotti Gymnasium. The event will also be livestreamed for family and friends who are not able to attend in person. For more information, go to lethbridgecollege.ca/convocation.