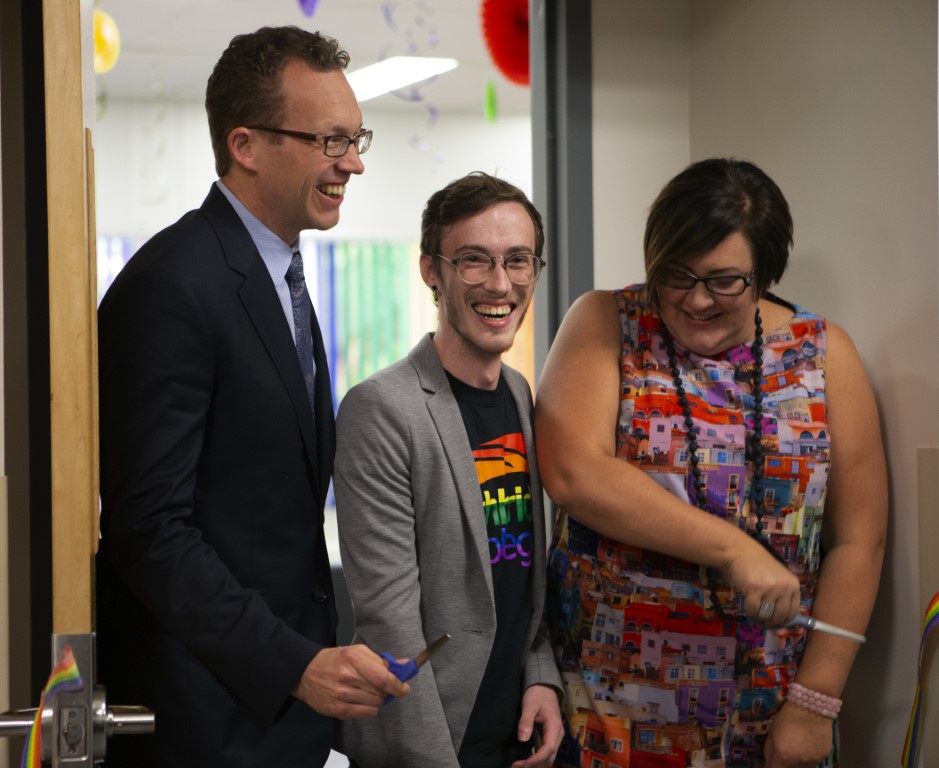 “We recognize the importance of having a dedicated space on campus where students can go to be themselves, without fear or hesitation,” says Dr. Paula Burns, Lethbridge College President and CEO, who was unable to attend the opening ceremony because she is attending the Alberta Comprehensive Community Institutions Presidents’ Retreat in Edmonton. “We want our LGBTQ+ community to know that they are seen, they are supported and they belong here. We are committed to ensuring our campus is inclusive to all.”

The Pride Lounge is located on the main floor of the Andrews Building in the heart of the campus. The creation of a dedicated space was the top priority of the student association’s LGBTQ+ club, which was re-formed in 2016 after a brief hiatus. The college’s Executive Leadership Team unanimously approved the creation of the lounge earlier this year.

“We have countless examples of LGBTQ+ individuals who feel isolated, don’t know where to go for support and don’t feel like they belong anywhere,” says Zachary Wigand, vice president of the LCSA LGBTQ+ club. “This lounge will give them that space, and it comes with a message that we are inclusive and we are really going to try to help anyone who needs support.” 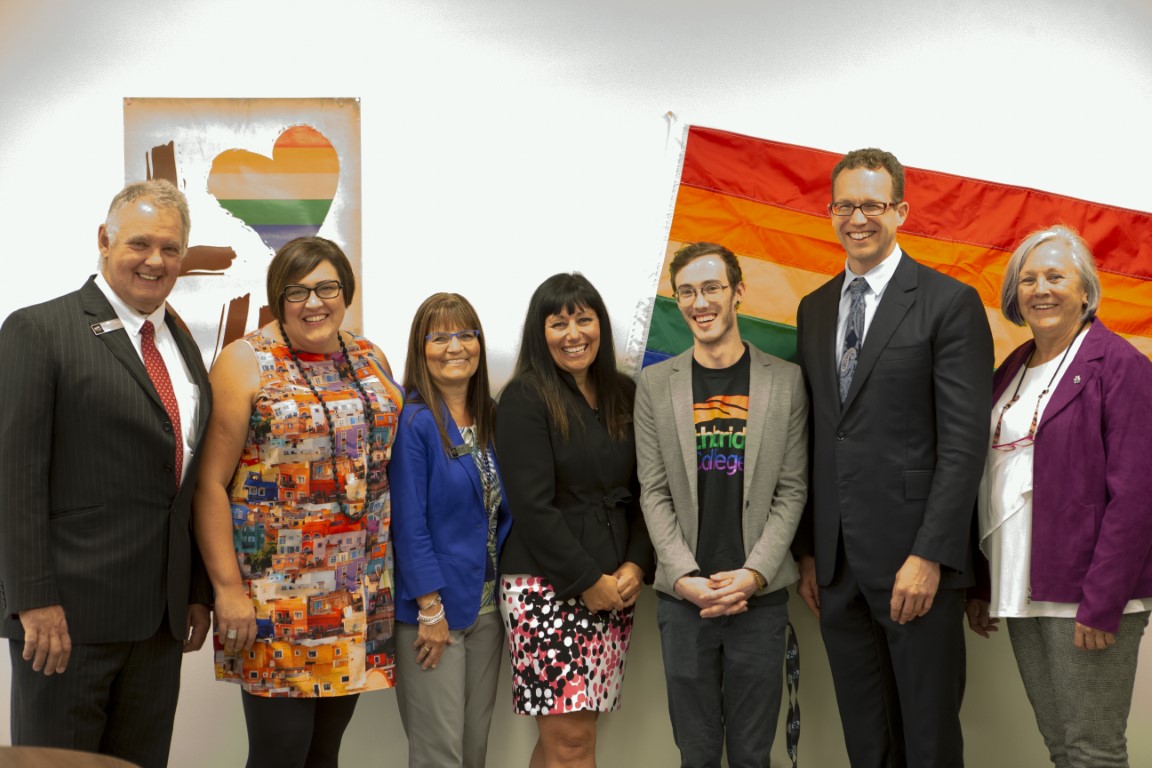 The college has made on-going efforts to show its inclusivity for the LGBTQ+ community, including raising the Pride flag in conjunction with the city of Lethbridge’s Pride week each of the past three years, officially marching in the Pride parade for the first time earlier this year and creating gender non-specific washrooms on campus. The LCSA LGBTQ+ club will also host an on-campus Pride day on Sept. 19.

“I think there has been recognition by the college that there are more pride students on campus than anyone realized,” says Tara Ludman, president of the LCSA LGBTQ+ club. “Not only has the college responded to our request for the room, which is incredibly important, but by marching in the parade and flying the flag, the college has taken its own steps to show that it accepts all students and they are welcome at the college.”

In 2017, Lethbridge College received a $365,000 grant from the Province of Alberta to fund mental health initiatives for students. Supporting the Pride Lounge and pro-LGBTQ+ initiatives falls under the guiding values of that grant, to recognize diverse perspectives and ensure representation for all voices at Lethbridge College.

In addition to being a drop-in facility open to all students and employees, the Pride Lounge will also be a space to host events, training sessions and guest speakers to support the LGBTQ+ community.