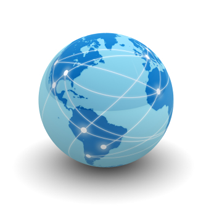 I was employed with Alberta Correctional Services from 1982 to 1989 at the Lethbridge Correctional Centre (security) and Lethbridge Community Corrections (probation/parole officer) before joining the RCMP. I recently completed 21 years of police service (general duty, traffic, crime prevention, gang suppression) in British Columbia and Alberta. I am now retired. I moved back to Lethbridge in August 2010 with my supportive and loving wife Kim (nee Wilde). I was also the RCMP program co-ordinator for the Hobbema Community Cadet Corps Program, 2004-2010.

Following graduation, I worked for the Southeast Regional Planning Commission in Medicine Hat as a land-use planning technician for two years. From 1981-1885, I worked as a planning assistant for the Ministry of Municipal Affairs in Morden, Man. Following this, I completed a BA in urban studies and sociology from the University of Winnipeg and a M.Sc. in social policy and planning from the London School of Economics and Political Science. Since 1990, I have worked for the City of North Vancouver in several capacilites, including social planner and community planner and, most recently, Waterfront Project manager.

Shortly after graduating with my diploma, I started working for Alberta Agriculture, testing and researching agricultural equipment and practices. I am currently in the same job.

After Lethbridge College, I went on to complete a B.Sc. in environmental science at University of Lethbridge in 1998. I was then accepted to the Western College of Veterinary Medicine at the University of Saskatchewan. After graduation, I was a mixed-animal practitioner in rural British Columbia and have since left the private sector to join the federal government (Canadian Food Inspection Agency) in a regulatory medicine role.

I graduated with a less-than-perfect GPA. After graduating, I headed to Winnipeg to visit family. When I noticed a few ads in the newspaper, I decided to apply. A week later, I landed my first job at an industrial engineering consulting firm. I hated it. A few weeks later, I saw another ad for a position at [what is now] MMM Group Ltd. I showed up every morning after my first interview to see if a decision had been made. Four days later I was hired. Of course, in the beginning, my duties included making photocopies, blueprints, delivering drawings around town, and the occasional AutoCAD work. The AutoCAD work is what Lethbridge College prepared me for. When my supervisors noticed I was efficient with the software, knowledgeable of design fundamentals and able to produce quality work with little training, my career took off. Through the years I developed my career through internal and external training opportunities. Thirteen years later, I’m one of the leading transportation design technicians in the company and chair of our National Transportation Technology committee. My instructors may be surprised at my success, but I still owe many thanks for their support and to the college for developing an excellent curriculum that prepared me for my career.

After college, I started as a building operator in a large local event centre, servicing the community and a WHL franchise. I then proceeded to a small town in southwestern Alberta in which I gained experience working in municipal governance as the parks and recreation manager. After two years, I moved to the base of the Rocky Mountains where I reside and work today as the director of community services in the Crowsnest Pass. I am registered at the University of Alberta, enrolled in the National Administrators Course training to become a municipal administrator.

After graduating from Lethbridge College, I became a corrections officer with the Corrections Service of Canada until I went to university to become a teacher. I teach at St. Mary’s High School in Prince Albert, Sask.

I worked in therapeutic recreation field for about eight years. I moved back to Lethbridge in 2003 and found it impossible to find a job in this field. I applied in education and have been working here ever since. I would love to get back into gerontology though; it’s my passion.

After graduation, I completed my degree in community rehabilitation and disability studies at the University of Calgary. I worked for an organization as a residential team leader before moving on to my current role. I still work for the previous organization, where I am an instructor for the foundations course through the Alberta Council of Disability Services. I also recently began working for Lethbridge College as a practicum supervisor for the Community Rehabilitation program as well as the Fetal Alcohol Spectrum Disorder Education program. After graduation, I went to El Salvador on a short-term mission where I worked to help build community and worked with children.

I have been working in the oil-and-gas industry for Canadian Natural Resources Ltd. since 2006. I have had many different administrative roles in that time but am currently working in the safety department as an emergency response planner.