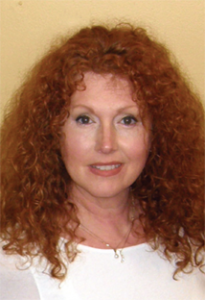 personnel to keep working while they enhance their careers.

Dana O’Dell has never visited Lethbridge College or even been in the city. Yet O’Dell, a Nova Scotia native who lives in B.C.’s Lower Mainland, is a one of the school’s proud alumni and a vocal promoter of its Correctional Studies program.

Newly appointed assistant warden operations (AWO) at a federal medium-security prison, O’Dell earned her corrections degree through distance learning, graduating in 2009. She now talks up the program to colleagues who want to advance their careers through additional qualification while continuing to work.

“They’re nervous and wonder if they’re smart enough to be successful,” says O’Dell. “I tell them all they really need is to manage their time, create a schedule and stick to it; that’s the key. It’s demanding and requires dedication, but the support provided by Lethbridge College is absolutely fantastic.”

O’Dell is one of many Corrections Canada employees who have graduated from Lethbridge College’s applied degree program. She chose it over others because it was developed in consultation with Corrections Canada, because she received prior learning experience for her work in the field, and because it is transferable. In fact, O’Dell is now enrolled in a masters program at Royal Roads near Victoria, which accepted all her college credits.

One of the paramount features for learners such as O’Dell, however, is the ability to complete the program by distance while they continue their employment.

“We created the degree program for students who wanted more than a two-year diploma,” says Hepher. “We wanted it to appeal to those already in the field. They receive prior learning credits at no cost, and can earn additional credits for unique experiences in the field, such as working at a women’s institute.”

That would include O’Dell. Once a licenced practical nurse, she spent seven years at the Fraser Valley Institution for Women in Abbotsford, before moving this year to the men’s facility in the Fraser Valley. Although she dreamed of furthering her education, she delayed it until she had put her children through post-secondary studies.

With every course in the diploma and degree programs online since 2008, students have enrolled from as far away as Peru and numbers have soared. The program has its hotbeds of interest: the Lower Mainland, which has five federal penitentiaries, Edmonton and Saskatchewan.

The Alberta Correctional Service uses the Lethbridge College program for its in-service training, allowing them, as Hepher puts it, to double-dip: fulfilling their job requirements while earning credits toward degrees. All employees in the province’s institutions must have at least a diploma, and, says Hepher, Lethbridge College’s version is especially desireable.

“You can raise a family and keep your job, all while learning,” says Hepher. “That’s a real boon.”

Students who obtain their two-year diplomas have the option of staying in the program two additional years to get their degrees, or seeking employment and re-entering the degree program later. That’s attractive, because the fourth year is a directed field study done on the job.

“Some are in administration, managers who either want to advance or seek a sense of accomplishment,” says Hepher, who came to Lethbridge College in 1989 when only two specific Corrections courses were offered.

A decade later, he and instructor Barb Mantello proposed the creation of a degree program. Supported by the college’s Educational Enhancement Team and encouraged by previous deans who entrusted them with curriculum development, the pair created the field’s only applied degree in Canada.

Now, police officers, child-and-youth-care workers, parole and probation officers and addictions counsellors are showing up, simply because it’s there. And, the need for corrections employees is increasing. A high employee turnover rate, coupled with a growing population, more prisons and the federal Conservatives’ desire to increase sentences has created a need that will not, says Hepher, be lessening soon.

As she attacks her master’s program at Royal Roads, O’Dell is maintaining her connection to Lethbridge College, where she had found a mentor in Hepher. She has praise for him, and all instructors in the program: Earl Nilsson, Barb Mantello and Phill Clough.

“Fellow employees saw my success in the program and wanted to follow what I was doing.”