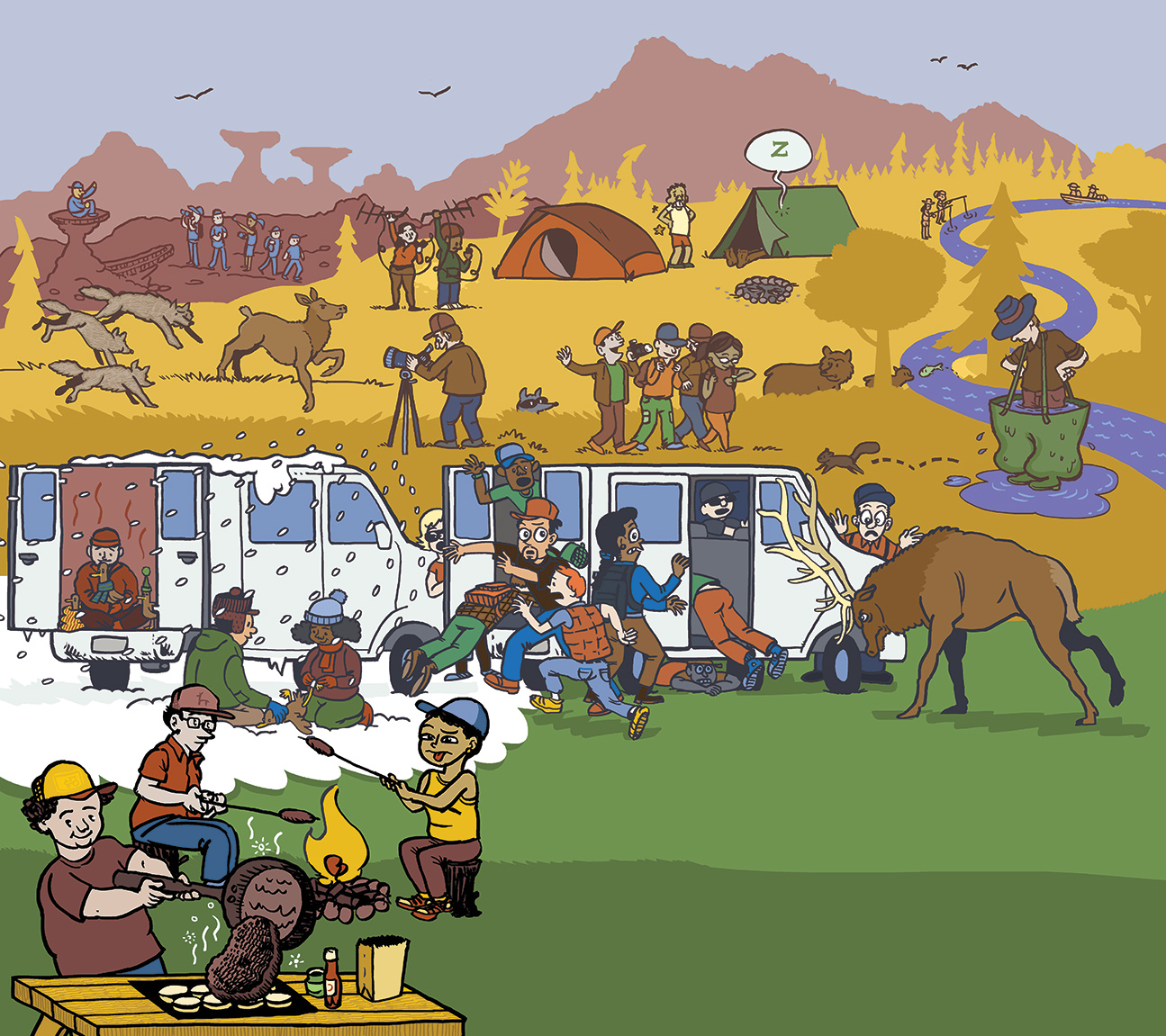 We asked our alumni to tell us their best memories of taking field trips as part of their Environmental Science programs – and from banding the tiny legs of ducks to observing larger-than- life wild animals, these three alumni had a lot to say.

It was neat handling live ducks. The ducks were in these big traps and we’d go in there and scoop them out and weigh them and measure them and put a band around their legs. So we as students are doing this and, you know, we’re feeling like we’re real life biologists at this point. But it was just terrible weather and our instructor was worried that the ducks were getting stressed because it was so wet and cold. So we had the vans all running, and we sat with the ducks, just holding them there in the warm van on our laps, and the windows got all fogged up and they just sat there and it was adorable.

So, this happened when I was staff, not a student. It was in the fall with our third year students, and our two vans pulled in to park in Mammoth, Yellowstone. And as the students were getting out, this bull elk decided to charge everybody. Between 800 and 1,200 pounds of elk. There were about 20 or 25 students, and they were jumping under the vans and back in the vans. Thankfully nobody got hit by it. But a BBC film team happened to be there and caught it all on camera!

I was out on my forestry field trip to Beaver Mines and on the second day, the 9/11 terrorist attacks happened. We had just left Camp Impeesa and went to Beauvais Lake where we ran into Terry Kowalchuk and others and they were asking us “Have you heard?” Well, how would we have? Today, with our phones we would have all heard about it instantly, but back then we didn't even hear about it until hours later. To this day, it’s kind of surreal because I didn't even see any footage of it until after we got back four days later. We had one newspaper somebody bought at the 7-11 in Blairmore and that was the only way we saw any pictures of what was going on.

NEXT ISSUE: The last word is yours... Order in the court

One of the most memorable experiences for Criminal Justice students is “testifying” in the campus courtroom as part of the scenario-based training that gives students a sense of what real-world policing is like. Do you remember stepping into the witness box? Send us your stories (200 words max) of your most memorable Lethbridge College moment in the mock-courtroom. We’ll share a sampling with readers in our Winter issue. Just email WHMagazine@lethbridgecollege.ca. You can also share your stories socially by tagging @LethCollege and #LastWordLC. We can’t wait to read your submissions!