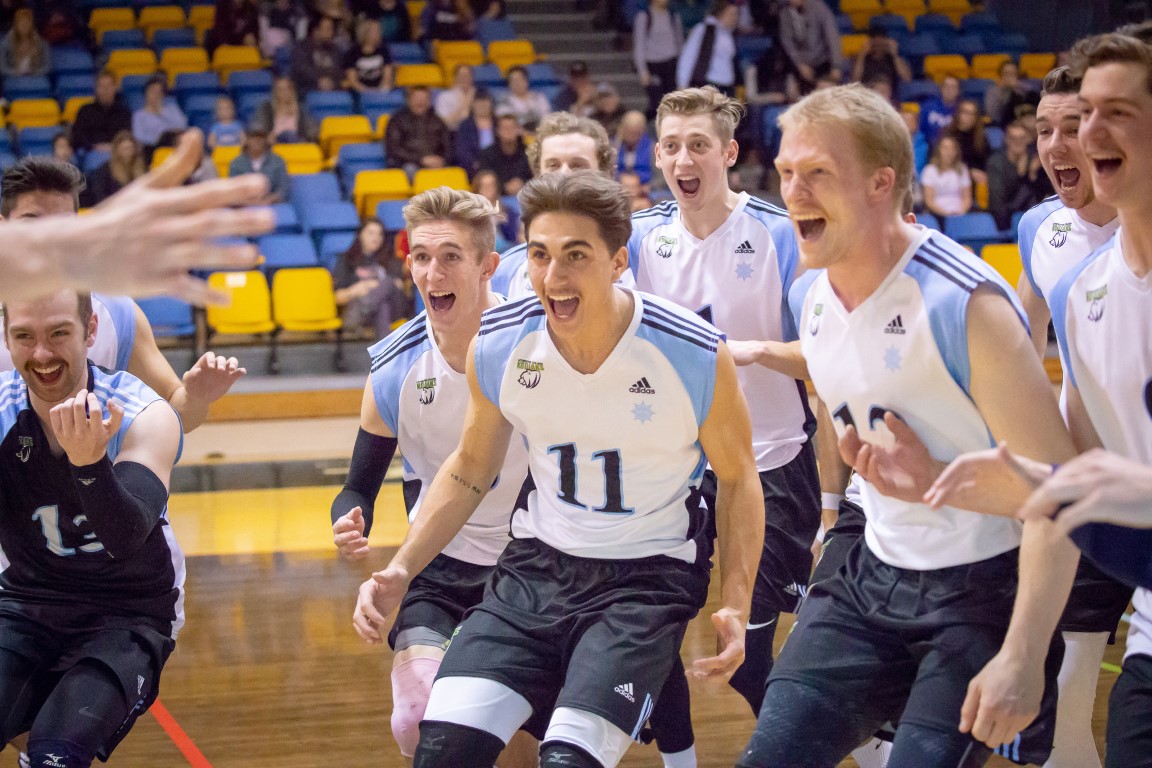 The Lethbridge College Kodiaks men’s volleyball team has spent the season re-writing its record book. Now the team hopes to continue its stellar play into the ACAC championships, beginning Thursday in Edmonton, hosted by NAIT.

The Kodiaks finished in first place in the ACAC south division with a record of 22-2. That sets a new single-season wins record for the program, topping the 16 wins it posted last year. It’s also the first time that the Kodiaks have ever won the south division regular season title. Now, the team begins its playoffs with a quarterfinal matchup against The King’s University at 6 p.m. Thursday.

“The biggest reason for our success this season has been our unity as a group of student-athletes,” says Kodiaks head coach Greg Gibos. “This group genuinely cares for each other, and I can see that when we are competing against our opponents. Every one of our athletes cares more about the success of the team over his own success. Our desire isn’t only to win, but to win together, which is a powerful experience.”

The Kodiaks and Eagles have not met yet in this ACAC season, but it is a rematch of last year’s ACAC quarterfinal, which the Kodiaks won in five sets. Lethbridge’s only two losses this season came against Red Deer College on the second-last weekend of the regular season. The Eagles (12-12) finished fourth in the north division and come into the post-season on roll, having won six straight games to move into a playoff spot on the final weekend of the season.

“The biggest thing for us this weekend is to play Kodiaks volleyball,” says Gibos. “For us, that’s finding enjoyment and passion for the game when moments of stress enter our play. We just want to play our best when it matters the most – and I think we have the group to do that. We’ve had the goal of competing at the national championships, and if all the pieces fall into place this weekend, I’m hoping we can see that dream come to fruition.”

Dax Whitehead (fifth year, General Studies, Moose Jaw, Sask.) also added his name to the record book this season as the all-time kills leader in the ACAC and CCAA.

The ACAC championship weekend begins with the awards banquet this evening. Quarterfinals take place on Thursday, with semifinals on Friday and the medal games on Saturday.