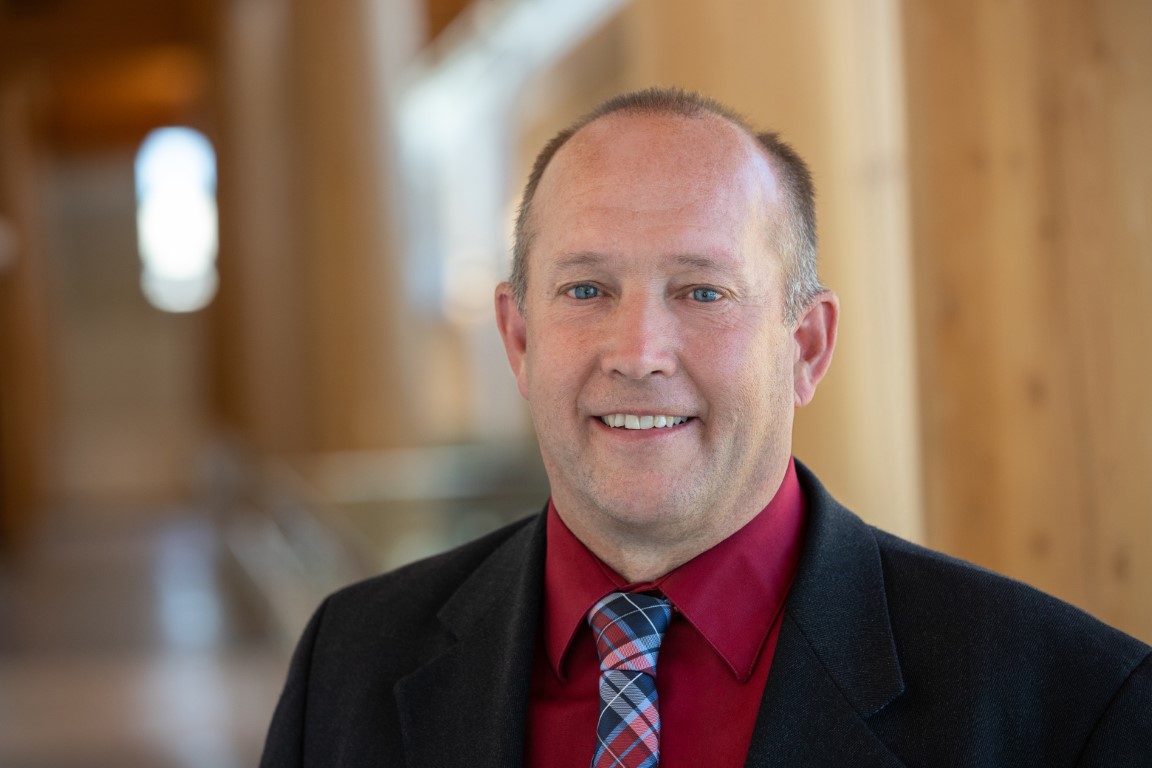 Lethbridge College’s Dean of the Centre for Trades has earned a major provincial award. Sheldon Anderson was recognized with the Chairperson’s Award of Excellence at the Alberta Apprenticeship and Industry Awards of Excellence on Friday in Edmonton.

Anderson has more than 30 years of experience in the skilled trades and has trained hundreds of trades and apprenticeship students since joining Lethbridge College in 2004. The Chairperson’s Award of Excellence honours individuals who have demonstrated extraordinary dedication and commitment to their trade and to apprenticeship and industry training in Alberta.

“This is a tremendous honour,” says Anderson. “I have been an apprentice, employer of apprentices, an instructor, a chair and just recently a Dean of trades at Lethbridge College. Through these experiences, I have grown to know there is no better education than apprenticeships. We combine high-level academics with hands-on learning that is driven by industry partners to provide graduates with both critical-thinking and problem-solving skills.”

He returned to the college as an instructor in 2004, became a chair in 2007 and was named Dean of the Centre for Trades in January 2019. He was an instrumental leader in the development of the Trades, Technologies and Innovation Facility and was heavily involved in the Possibilities are Endless campaign that led to the construction of that facility. He maintained his presence in the shops at Lethbridge College during this time as an instructor.

Anderson has been a tireless advocate within the provincial industry advisory system, working closely with industry partners to ensure students are receiving a high-quality, relevant education that meets the needs of industry.

“Sheldon has been a great addition to our leadership team at the college,” says Dr. Samantha Lenci, Provost and Vice President Academic. “He puts in a tremendous effort every day, and his passion for our students is on full display. He always puts students first and takes great pride in their success both in the college and once they enter the workforce.”

In addition to his roles as a tradesperson and an educator, Anderson is also an entrepreneur who won the Chinook Entrepreneurial Challenge and was featured on the Dragon’s Den television program for a company he created called inspectaCAR.

Every year, Alberta’s Apprenticeship and Industry Training Board recognizes the best of the best of Alberta’s apprentices and employers. Anderson is the 14th recipient of the Chairperson’s Award of Excellence since 2009 and the first winner to come from south of Okotoks.