There’s always something happening at the Centre for Applied Research, Innovation and Entrepreneurship. Whether we’re hosting a training workshop or promoting an entrepreneurship series from one of our RINSA partners, there’s an opportunity for anyone interested in applied research to gain more skills, knowledge and understanding.

This review is devoted to comparative pharmacological analysis of synthetic drugs such as memantine and its isomers, as well as tacrine, velnacrine, rivastigmine, and donepezil, with natural alkaloids, terpenoids, and triterpenoid peroxides, which are used to treat dementia, Alzheimer’s and Parkinson’s diseases, myasthenia gravis and other neurodegenerative diseases. Recently discovered by French scientists from Marseille triterpenoid hydroperoxides demonstrate high activity as potential therapeutic agents for the treatment of dementia. The information presented in this review is of great interest to pharmacologists, medical chemists, physiologists, neurologists and doctors, as well as for the pharmaceutical industry.

In this review, steroids with a tertiary butyl group, which are usually called neo steroids, are a small group of natural lipids isolated from higher plants, fungi, marine sponges, and yeast. In addition, steroids with a tertiary butyl group have been synthesized in some laboratories in Canada, USA, Europe, and Japan and their biological activity was studied. Some natural neo steroids demonstrate antitumor or hepatoprotective activities. In addition, synthetic neo steroids exhibit anticancer and neuroprotective properties. However, to confirm the above data, both practical and clinical experimental studies are necessary. Nevertheless, the results may be useful for pharmacologists, chemists, biochemists, and the pharmaceutical industry.

In this review, we present about 100 diterpenoid hydro‐ and endoperoxides isolated from algae, liverworts, leaves, bark, roots and other parts of plants. for the vast majority of hydroperoxides, antitumor activity dominates with a confidence of 63 % to 94 %. And for individual hydroperoxides, antiprotozoal (Plasmodium) activity was also found. For endoperoxides, antitumor activity is dominant with a confidence of 59 to 90 percent. Anti‐inflammatory, antibacterial and antifungal activities have also been detected for individual endoperoxides. The data obtained are of interest to pharmacologists, medical professionals, as well as to the pharmaceutical industry.

"Facile Synthesis of 2-Aminocyclobutenylphosphonates" in Russian Journal of Organic Chemistry

The addition of various amines to diethyl 4-chlorobut-1-yn-1-ylphosphonate produced novel biologically potent substituted diethyl 2-aminocyclobut-1-en-1-ylphosphonates in 70–83% isolated yield. This regioselective reaction was carried out at room temperature in the absence of solvent and catalyst.

Small- and large-scale biochar-based filtrations were conducted to investigate the potential of biochar as a low-cost renewable filtration medium in aquaponics. The small-scale experimental design investigated the effects of 2 biochar media sizes (1 – 3 mm [referred to as fine biochar] and 3 – 5 mm [referred to as coarse biochar]), 3 biochar bed heights (2.5, 5.0 and 10.0 cm) and 3 loading rates (5, 10 and 15 m3/m2/d) on particle size distribution as well as turbidity removal efficiency. Both biochar sizes (fine and coarse) were able to clarify fish effluent. However, fine biochar led to better filtration characteristics compared to coarse biochar. Results indicated that biochar filter bed heights and loading rates affected the filtration performances. Using deeper filters combined with lower loading rates led to greater removal of suspended particles and turbidity compared to shallower filters and/or higher loading rates. Results from the large-scale filtration, using a mixture of fine and coarse biochar media (size of 1 – 5 mm), revealed that the ideal loading rate for maximizing the removal of turbidity from fish effluent in high-intensity aquaponic system for production of Nile tilapia and greenhouse plants (with 80 m3 total volume of water, 40 kg/m3 average stocking density and 15 kg/d feeding rate) was 10 m3/m2/d. This study suggests that biochar-based filtration could be incorporated into aquaponics as a polishing step before sending the water to plant growth systems.

Using the 2016 Canada EU Trade Agreement as context, we develop a systems dynamics model to assess changes in the cost of production from a production system oriented toward the North American market where growth enhancing products are allowed, to a European market where these production practices are banned. We outline four different compliance scenarios and use data from western Canadian institutions to estimate how the cost of production for cow-calf producers changes in the different compliance scenarios. We find that compliance costs ranged from $2.13 per head for those firms who already had forgone growth enhancing products and were maintaining detailed records to $34.78 per head for farms who were least compliant with EU standards.

Hydrothermal co-liquefaction of different types of biomass has recently attracted great interest as it has the potential to reduce logistics costs and increase the biocrude yield/quality. Although a positive co-liquefaction effect (CE) has been reported in previous studies, the statistical significance of CE is uncertain, and the effects of process variables on the CE remain unexplored. In this study, the carbohydrate-rich feedstock (sawdust and spent coffee grounds) was hydrothermally co-liquefied with algal biomass (Chlorella sp. and seaweed) at 270 and 320 °C with varying mixing ratios of 25:75, 50:50, and 75:25. A statistically sound method, one-sample t-test, was, for the first time, applied to evaluate if the positive or negative CE is significantly greater or less than zero. A significantly positive CE of 22.4% (synergistic effect) on the biocrude yield was obtained in the co-liquefaction of spent coffee grounds/Chlorella sp. Co-liquefying sawdust/Chlorella sp. and spent coffee grounds/seaweed showed negative and positive values of CE, respectively, but these numbers were not statistically significant, taking the experimental error into consideration, and thus should not be considered as an antagonistic or synergetic effect for the two types of mixtures. Co-liquefaction of sawdust/seaweed exhibited a significantly negative CE (antagonistic effect) on the biocrude yield (−14.8%). The feedstock mixing ratio (varying biochemical composition of mixture) did affect the CE, which was reasoned using the knowledge of biomass model components’ interactions under liquefaction conditions. As observed, sufficient and comparable contents of protein and carbohydrate in the feedstock blends led to the synergistic effect on the biocrude yield. Temperature was also influential for the CE; for instance, increasing temperature diminished the synergistic effect in co-processing of spent coffee grounds and seaweed. Within the experimental scope, spent coffee grounds/Chlorella sp. were identified to be the most favorable feedstock combination, giving a biocrude yield of 37.2 wt %, dry ash-free basis and a synergistic effect of 22.4%, when co-liquefying at 320 °C and a mixing ratio of 50:50. 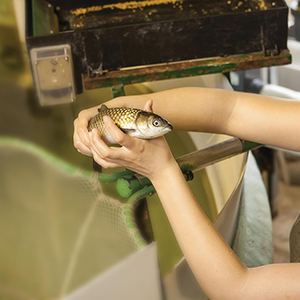 The deadline for the submission of NEW protocol applications to the ACC Coordinator is: Monday, August 31st, 2020. For new teaching protocols, a Pedagogical Merit Assessment Form must be included and for ALL new protocol applications, an Evidence of Skills and Training Form is required.

The deadline for the submission of protocol RENEWALS to the ACC Coordinator is: Monday, September 7th, 2020. 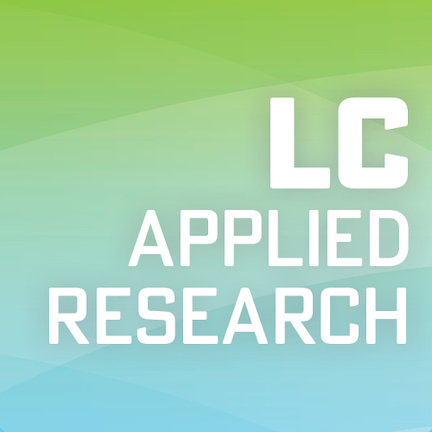