The LCAA chose Ferrari, a 1968 Merchandising Administration grad, from a list of several solid contenders. 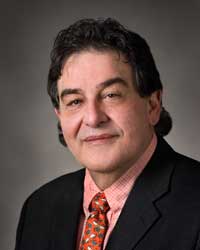 He will be presented with the award at a dinner April 27, following the Spring Convocation.

“Art’s nomination stood alone considering the accomplishments he has realized, not only in his professional life, but also through long-standing service to the community and the College,” said Dufresne. “His love for the city of Lethbridge is evident in his work, creating places and spaces where friendships begin and are nurtured.  His work brings people together.”

A partner in Ferrari Westwood Architects, Art began his post-secondary education at Lethbridge College in 1966 before obtaining a Bachelor of Arts and Sciences at the University of Lethbridge. After several years in the business community, he returned to school, obtaining a degree in architecture from the University of British Columbia. He is a past-president of the Alberta Association of Architects and a Fellow, Royal Architecture Institute of Canada.

“The two-year program, the opportunity to work with a team of students on projects and my exposure to student politics (he was Students’ Association president, 1967-68) gave me a basis for similar activities I experience in business,” he says. “I gained confidence, life experience and a desire to change the world in some small way.”

There is hardly a location in the city where the work of Ferrari Westwood Architects and its predecessor firms cannot be seen.  The combination of his business education, studies in the arts and Architectural education has given Art a well rounded background which has been intrical to his success and greatly valued in his architectural practice.

Art is a registered member and has served as a Councillor for the Alberta Association of Architects, as well as Chair of its Complaint Review Committee, and is Past President of the Association.  He is also a member of the Royal Architecture Institute of Canada and the Architectural Preservation and Technology Institute.  He has also served as an advisory member to the Fort Macleod Provincial Historic Area Society Board.  Art’s community involvement has included Senator for the University of Lethbridge, President of the University of Lethbridge Alumni Association, the Board of Directors of the Columbus Club and Board member of St. Michael’s Health Center.

“This award came as a surprise and a great honour,” says Ferrari. “As I develop within my profession, receiving such an award gives added meaning to the work I love. Giving back does as much for me as I hope my contributions have done for others.”