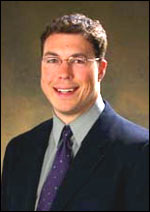 "This is a tremendous honor" said Troy.

Troy originally from central Alberta, now calls Ottawa home with his wife and son. Troy has worked for a variety of news agencies in his career, giving him extensive knowledge in many aspects of journalism and many interesting stories to tell. One of the many great stories that he shared at the Distinguished Alumni Dinner was when we worked for Network News covering the Olympics in Japan. Troy was the lone reporter for his agency compared to the army of reporters CBC had sent over to cover the games. Yet it was Troy that broke the story about Ross Rebagliati, Canada's Snow Boarder getting his Gold medal back. It was not until the next day that the other news agencies had caught up to Troy's breaking news. Realizing being a lone reporter in Japan would be tough but Troy thought outside the box to get his story. Knowing that all decisions would be made in Japanese and needed to be translated to English - Troy made friends with the translators to get his story. Troy credits LCC for teaching him to think outside the box.

Troy is working for Global National in Ottawa. One of the secrets of Global Nationals' success is that it has been able to cut through the pretentiousness of traditional TV news and give people the facts they need in plain language. "I like to think LCC does the same for students, offering an education geared toward a successful career, not hype" claims Troy.

Troy is an expert in Public Affairs with 15 years of reporting experience, Troy's international experience has taken him to Western Europe, Russia, Japan, Somalia, Algeria, Ethiopia, South Africa, Nigeria, Senegal, Mexico and the USA. Troy is based in Ottawa but has covered stories for Global National from around the world. In the immediate aftermath of the September 11th terrorist attacks, Troy provided extensive coverage from both New York's Ground Zero and the Pentagon. Known for bringing emotion and humor to his reports, Troy joined Kevin Newman's team from Global Ontario, where he spent two years as Queen's Park bureau chief and anchor of the public affairs show Focus Ontario.