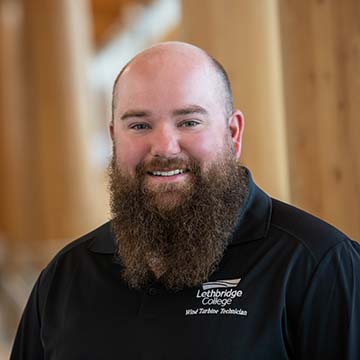 Chris DeLisle calls the education he received at Lethbridge College the backbone of a very successful career so far. After completing his Electrician apprenticeship at the college, he went on to work as a wind turbine technician, and he soon discovered he had a passion for helping others learn. So he returned to Lethbridge College for seven years – first as an instructor in the Wind Turbine Technician program and then as chair of the School of Renewable Energy.

During his time at the college, DeLisle helped to secure grant funding for the nacelle currently located in the Wind Turbine Technician shop, created many partnerships with industry, earned awards for teaching, leadership and creating community, and was named one of Lethbridge’s top 40 under 40.

DeLisle left the college to join Goldwind as the senior training manager in 2020, and since then, his work has included fostering and strengthening international relationships with the training team in Australia and the site team in Panama. He is currently working on redesigning the Qualified Electrical Worker and the fall protection and rescue programs, which will not only increase the safety across all of Goldwind’s sites but will also make the technicians’ daily tasks easier and clearer while adding various levels of qualification.

And although DeLisle no longer works at the college, he continues to support the Wind Turbine Technician program. In addition to referring and hiring college graduates, he recently added Goldwind to the list of companies employing electrical apprentices who will likely attend the college for their training. He has also worked with Goldwind to support the program through sponsorships and the creation of student awards, and he serves as chair of the Wind Turbine Technician Program Advisory Committee. In every way, he has distinguished himself in his career and his contributions to the community. 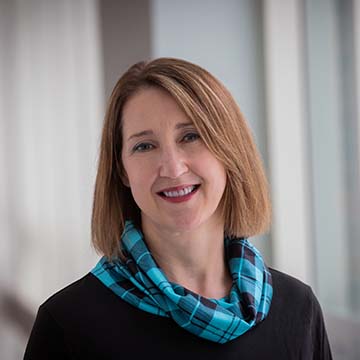 Kathryn Iwaasa began her nursing career at Lethbridge College, earning a Nursing diploma in 1994 and then went on to earn a Bachelor of Nursing degree in 2004. She has spent the majority of her career working with the Alberta Kidney Care South program, which provides services to Lethbridge, Medicine Hat, Brooks, Drumheller, Crowsnest Pass, Pincher Creek, Blairmore, Fort Macleod, Indigenous and other rural communities.  Her responsibilities include overseeing five dialysis units, two peritoneal dialysis clinics, two chronic kidney disease clinics and a transplant clinic, as well as more than 150 health care workers.

Early in her career, Iwaasa worked as a psych nurse and a medical-surgical nurse before moving to dialysis in 1998. She became a clinical nurse educator in 2005, a unit manager in 2007, and one of four patient care managers of Alberta Kidney Care South in 2017. In this new role, Iwaasa participates and leads several groundbreaking initiatives to improve access to treatment and improve patient outcomes for individuals and families affected by kidney problems.

Some of those initiatives include: a fall risk program for Alberta Kidney Care South patients; chair of the Practice Direction Document Committee; piloting the Patient Education Plan (PEP) to encourage and empower patients to participate in their care with the assistance of the nurses; supporting the Blood Tribe First Nations Community Hemodialysis and Peritoneal Dialysis Initiative; and leading on the implementation of COVID-19 protocols. Iwaasa’s work shows how leadership can have an impact on all levels of an organization, and she has made a meaningful and powerful difference in the lives and health of many Albertans. 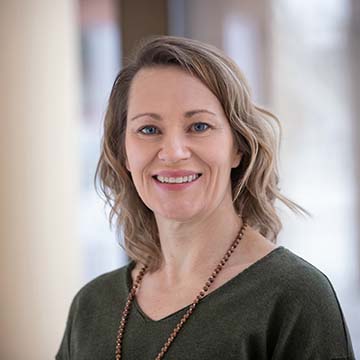 Tara Grindle isn’t sure if it’s the result of growing up in a small town or a lifetime of being involved in team sports but being a part of the community has always been important for her – and that has led to a rewarding career in public service.

One of Grindle’s first roles after graduation was working for an organization that helped prevent injuries in children, and she later moved on to an advertising agency in Lethbridge. Next in her career came a job as marketing coordinator at the family-owned Gas King, which she says taught het about community and the importance of giving back. During this period, she also returned to her roots and taught a marketing class at Lethbridge College. Grindle went on to work at Chinook Health (now Alberta Health Services) where she helped the community by building campaigns around cancer screening, immunization awareness and chronic disease management – just to name a few. She spent nine years in that role and then realized she was ready for a new challenge, but she also knew she wanted to stay in public service. So she then joined the Communications team at the City of Lethbridge, where she’s worked for six years, most recently as manager of Communications and Engagement and a member of the executive leadership team for the city.

Grindle is active in the community as well, both in athletics and volunteer roles. The former Kodiaks’ women’s volleyball player has continued to play co-ed and women’s volleyball league for 25 years. She also has served as the sport chair for the Special Olympic Provincial Summer Games, a volunteer for the Scotties Tournament of Hearts and Skate Canada, and a volunteer at her children’s schools. 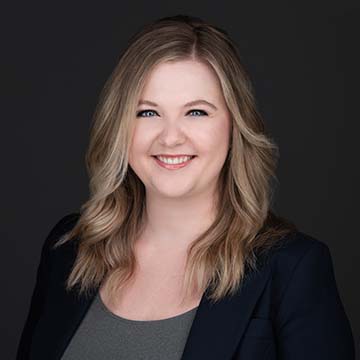 Alex Kulas Carnio made a mark during her time at Lethbridge College, including being elected president of the Lethbridge College Students’ Association at the age of 19. Ten years later, her leadership skills continue to serve her well in her career as an entrepreneur who has founded two businesses and created over 30 jobs within her community – and who has no plans of slowing down.

After graduation, Carnio went on to earn a Bachelor of Commerce in Entrepreneurial Management degree from Royal Roads University in 2013. She began her career in the business consulting and entrepreneurial world, which led her to creating her own business, Simplified Social, a digital communications agency with a team of six full-time employees. In 2021, Carnio led the acquisition of the firm to a larger agency, Bluetrain, where her entire team joined forces to offer a full-service digital marketing experience for their clients. Carnio wasn’t done there. In 2021, she created a new childcare and co-working center, called ProducKIDvity. The mission of ProducKIDvity is to better the life of working parents. The centre is located in downtown Kelowna and is the first of its kind in Canada. With 20 full-time employees, 25 office tenants and 50 families in the building, Carnio has hopes to franchise the model across Canada with potential locations coming out of Toronto, Vancouver, Victoria and Edmonton.

Giving back to the community is an important part of Carnio’s work as an entrepreneur. She has established a scholarship program for Lethbridge College marketing students and regularly aligns her business to give back to local community programs such as the Kelowna Women’s Shelter and Bissell Centre in Edmonton.

Missed the live celebration on May 13?
Watch a recording of the 2021 Virtual Ceremony here.