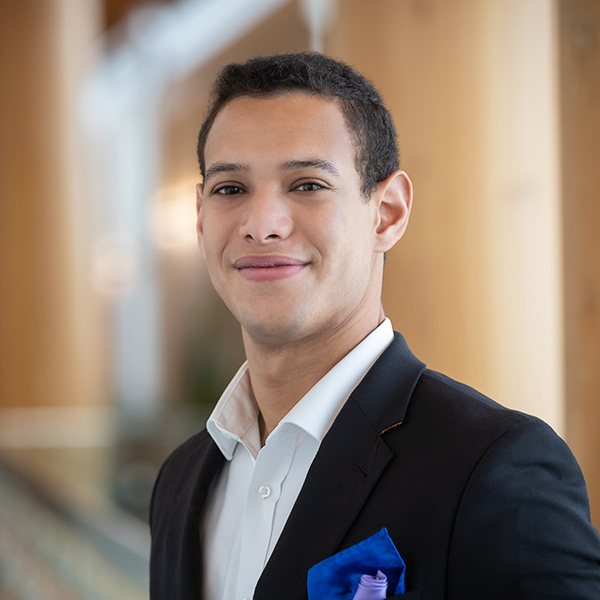 Emil was appointed for a one-year term as a student member on the board for the 2020-21 academic year. An international student from the Dominican Republic, he is in his first year of the Business Administration program. At the urging of his parents, he became involved in community service at a young age to learn the importance of giving. In high school, he was elected vice president of his senior class where he was involved in producing entertainment such as plays, dances, events, creating voluntary service and community involvement opportunities, and developing academic awards. In 2018, he spent a year doing volunteer work for a non-profit organization, where his experiences ranged from teaching children how to read to helping response teams for disasters all over the world.

Emil is looking forward to serving in his position on the board and sees it as a chance to help and learn at the same time. He says he brings a youthful enthusiasm to his position, and he believes taking small steps and looking for the right guide can lead to a lot being accomplished. Emil is excited to learn from experienced board members while contributing with his own experiences as a Lethbridge College student.